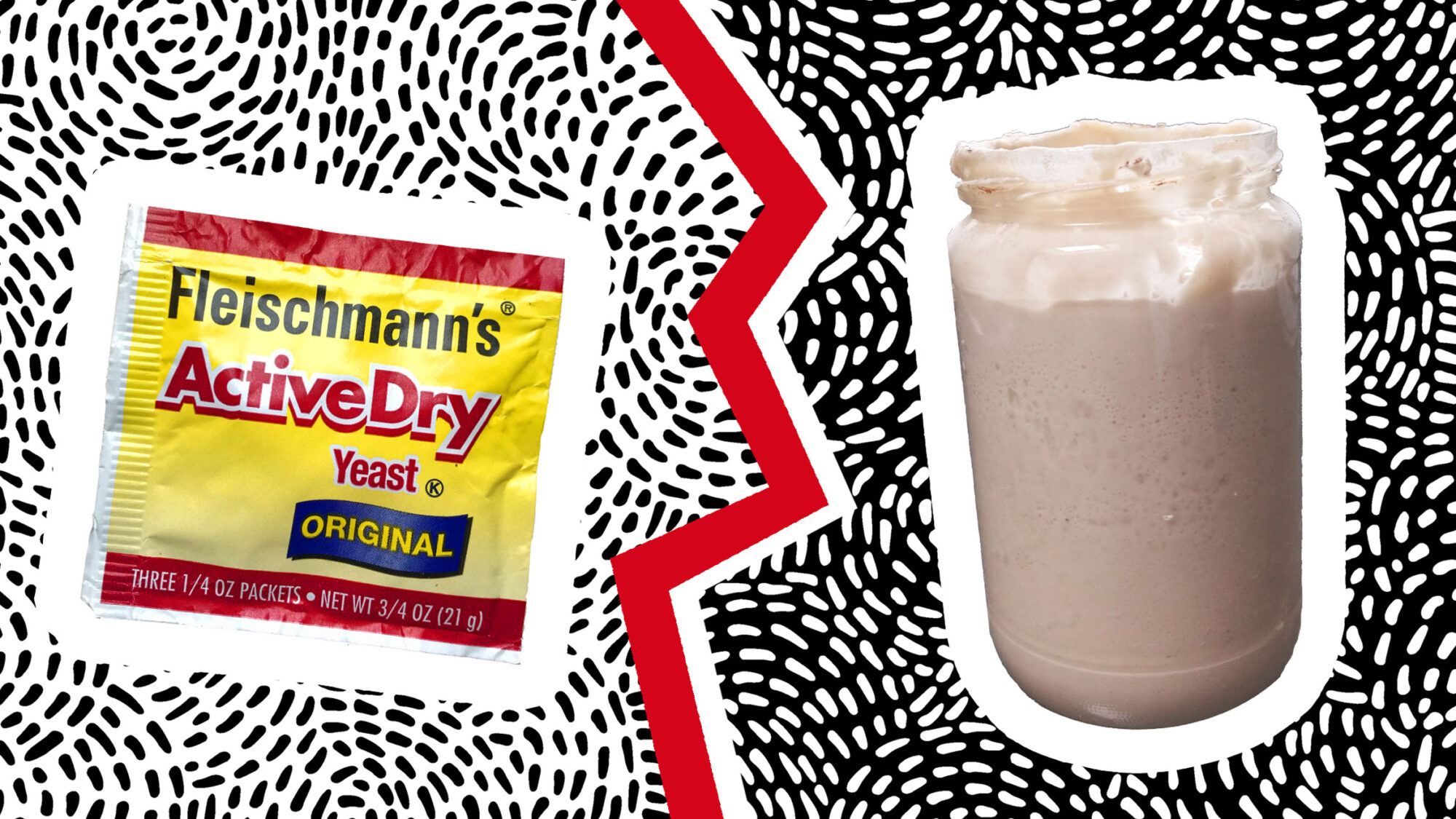 The shortcut to fluffy dinner rolls, sweet morning buns, and tender naan is back on grocery store shelves.

“I can get you some,” my mom whispered excitedly into the phone. “I have a connection in Montreal. How much do you need?”

It was early April, and my mother and I were scheming about how to get Canadian yeast across the border to Vermont, and eventually to Brooklyn. Supermarket shelves had been stripped bare of baking essentials, and at this point, it was harder to find a packet of active dry than it was to get a COVID test. Though I’d taken up baking sourdough prior to the pandemic (check my receipts), I always have commercial yeast on hand for squishy sandwich bread, last-minute pizza dough, and cinnamon rolls.

As much as I’m enraptured by channeling the wild yeasts floating through the atmosphere into handmade artisanal boules (the backbone of that starter living on my countertop), you won’t find me disparaging the commercial stuff. The fact of the matter is, the little square store-bought packets are better at getting certain jobs done. They’re the key to achieving the soft, cloud-like textures desirable in more ethereal baked goods like Hawaiian rolls and monkey bread, which would be next to impossible to achieve using a natural leavener.

Sourdough is beautiful and messy and challenging and rewarding. Yeast is a hell of a lot simpler. Even when you’re going for a rustic, golden-domed loaf, a thimbleful of yeast can get you there faster, with a smaller margin of error, in recipes like Jim Lahey’s nearly foolproof no-knead loaf.

In June, I headed from New York to Oregon, for what was supposed to be a month but inevitably turned into longer (still here ¯\_(ツ)_/¯). I packed one small suitcase, allocating precious space to a mason jar of starter. After a few half-hearted attempts, I stopped my weekly feedings and let my starter starve. Sourdough requires tools, time, focus, patience, and over the summer, like many other pandemic bakers, I started to lack all of the above. A steel gray liquid began accumulating on its surface, and its smell shifted from pleasantly sour to downright funky. I felt like a bad bread mom.

A few days after I unceremoniously washed the contents of the rancid jar down the drain, I remembered the small pouch that was also deemed worthy of a cross-country trip. Sitting in my pantry was an unopened quarter-pound bag of the French-Canadian yeast. Ma chérie had been waiting patiently, asking nothing of me, promising a world of fluffy dinner rolls, sweet morning buns, and tender naan.

Today, the supermarket shelves are stocked once again. Grain mills have caught up with demand, and there’s probably more types of flour to choose from than ever before. In nearly every grocery store I’ve ventured into, envelopes of yeast are lining the shelves, ready to be turned into boules, milk bread, challah, doughnuts, and more. So, if you swore off bread after a few pale, deflated loaves of sourdough back in the spring, may I suggest you consider giving yeast a shot? Here are a few ideas for getting started. Or, if there’s a single recipe I can suggest, try this buttermilk maple bread first. —Kaitlin Bray

Milk Bread All of Your Bread

The Republic of Georgia Has a Family of Cheesy Breads

What Ever Happened to the Bread Machine?

Meet the Woman Behind the Internet's Favorite Bread Recipe