Get a free recipe
Subscribe
Meet the Woman Behind the Internet’s Favorite Bread Recipe
By: Ally-Jane Grossan Photos: Eva Kolenko

For rookie bread bakers of the world, Alexandra Stafford has the perfect place to start.

The trick to a perfect homemade loaf of bread is a ten-dollar glass Pyrex bowl. Well, two of them, to be exact. These humble bowls are the secret ingredient in Alexandra Stafford’s infamous peasant-bread recipe that broke the food Internet when it was published on her blog, Alexandra Cooks, in 2012. It was a recipe her mother had made over and over again, for a round loaf with a perfectly textured spongy inside and a salty, golden crust, and it remained a secret until the Internet demanded she reveal it.

Stafford’s success is the stuff of food blogger dreams: She started a blog, said blog became hugely popular, and a book deal appeared. Well, it wasn’t exactly that easy. After receiving her culinary degree and honing her skills as a sous chef under the tutelage of Vietnamese chef Tien Ngo at Fork in Philadelphia, she worked as a food writer at a local newspaper, a caterer, and an editor, and eventually moved to upstate New York, by way of Virginia, with her husband to raise their growing family.

As her blog audience grew, readers picked up on her guarded bread recipe: They saw the golden loaves here and there in photos for other dishes and demanded she share it. Eventually, like a brilliantly orchestrated PR stunt (although I don’t believe it was intended that way), her mother relented, and the recipe made its Internet debut. It’s been shared millions of times and has quickly swelled her loyal readership. The next logical step was Bread, Toast, Crumbs, a “nose to tail’ book of bread, all based around her mother’s mythic recipe.

There are close to 40 variations on the classic recipe, like Pumpkin Harvest Bread, Kalamata Olive Bread, and Einkorn With Sesame, Onion, and Chives, plus a dozen or so toasts. But the book opens up to include bread in all of its life-forms—in recipes for Broiled Striped Bass and Rack of Lamb With Bread-Crumb Chimichurri. Fresh breadcrumbs from the peasant bread make killer meatballs.

This isn’t exactly a cookbook for bakers. It’s based on a no-knead, no-frills recipe. The genius idea of the buttered Pyrex bowls came from her mother, who was frustrated with recipes that produced an unwieldy blob of dough on a sheet pan that had to be kneaded over and over.

At first I rolled my eyes at the simple recipe. It’s just four cups flour, two cups water, one packet of instant yeast, one teaspoon each of salt and sugar. After making the recipe only once, I can recite that from memory. (Don’t believe me? Ask the Pyrex dishes.) I’m not much of a baker, but when I spoke to Stafford about the book, she assured me I’ll be fine: “When I hear people are afraid of making bread, I just send them this recipe and assure them that it’s so easy.”

Stafford estimates she’s made over 500 loaves of peasant bread in her lifetime: “At one point during the bread recipe-testing phase, I was plowing through a 25-pound sack of King Arthur Flour a week.” She’s a true evangelist, graciously bringing two of her beloved glass Pyrex bowls for me from her collection when we meet in the city (she currently has 18 of them).

I finally took the plunge. I made the peasant bread, and it was, as promised, one of the easiest, most satisfying recipes I’ve ever made, and the entire floor of my building smelled like a Parisian alley outside a patisserie. The butter seeps into the perfectly golden crust, making the dramatic extraction of the bread from the bowl the most fun part (spoiler: they tumble out gracefully). But don’t take my word for it—her recipe has been shared over 4 million times. People comment on the post every single day, still. It took years to get it just right. “I made the peasant bread for years using active dry yeast, and when I discovered instant yeast and how easy it was, stirring it into the flour, the only trick is to make sure your water isn’t too hot,” she says. “When you get the simple recipes right, it’s just so satisfying.”

A few pages after the peasant bread recipe is, in my humble opinion, the best in the book: a recipe for pissaladière, a Provencal tart made with onions, anchovies, olives, and capers that uses the same dough. Instead of making two classic peasant loaves, as Stafford suggests, I used half to make this focaccia-like thing as a dinner starter. Because salt, in all its forms, but especially anchovies and olives, is my favorite food, the pissaladière did not disappoint.

Though it might sound cheesy, there’s one theme that permeates the book: a mother’s love. A picture of Alexandra in the kitchen with her mother and her four children opens the book, and many of the recipes invoke long mornings making bread with her mother. But her peasant bread isn’t just an old-fashioned recipe for housewives—it’s the result of generations of testing, repetition, and feedback. She says, “Many of these recipes, I’ve found, become second nature, because when you take the time to bake bread from scratch, you want to make it last as long as possible.” She’s right.

Since making my first loaves, I’ve purchased an additional two bowls so that I can work in larger batches. There’s something indescribably rewarding about making a loaf of bread, and Stafford has erased all of the pomp and circumstance. Her bread recipe makes you feel like you’ve been let in on a carefully guarded secret spell that only you (and 4 million others) can cast.

Here it is. The no-knead bread recipe my mother has been making for 40 years, the one she taught me to make 20 years ago, the recipe I published on my blog in 2012, the recipe that inspired the creation of every recipe in my book. This formula is simple—4 cups flour, 2 cups water, 2 teaspoons each salt and sugar, and 2¼ teaspoons yeast—and can be adapted in countless ways. Make it once as described below, then tailor it to your liking.

Pissaladière With Anchovies, Tomatoes, and Onions

The base of pissaladière, the Provençal tart topped with caramelized onions, anchovies, and olives, can be a pastry shell, a flat round of pizza dough, or even puff pastry. Here, focaccia is the base for a mix of stewed onions and fresh tomatoes, a sweet contrast to the accompanying puree of anchovies, capers, and garlic. Make this bread for an end-of-summer gathering, when the tomatoes are bountiful and the weather is hinting of fall. Present it cut into squares on your largest cutting board. It keeps well at room temperature for up to 4 hours. 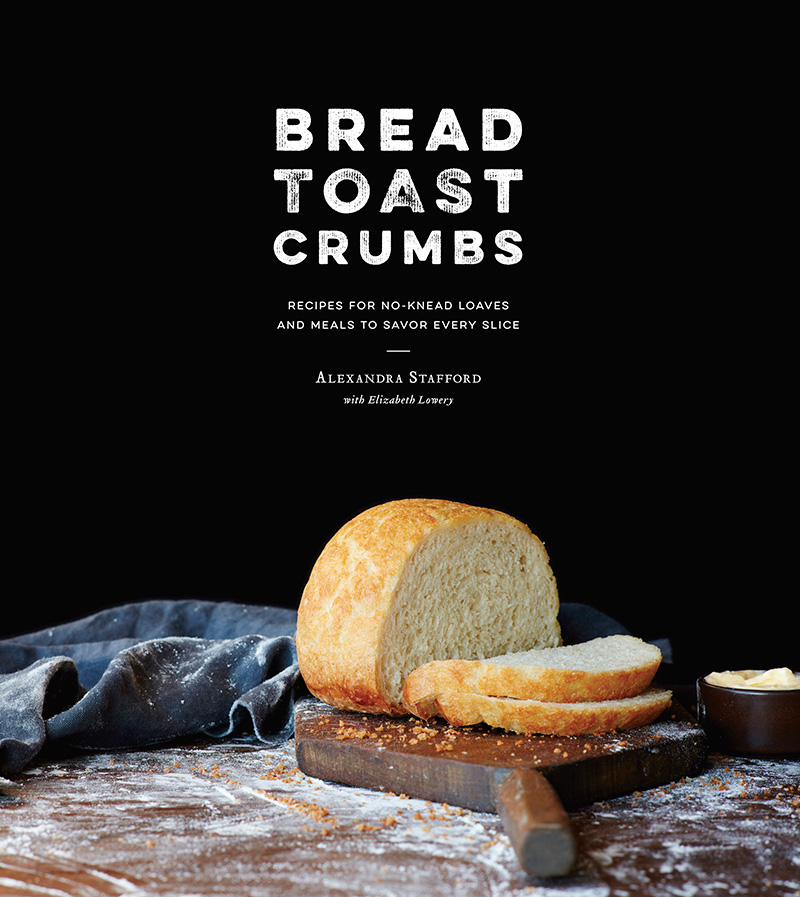