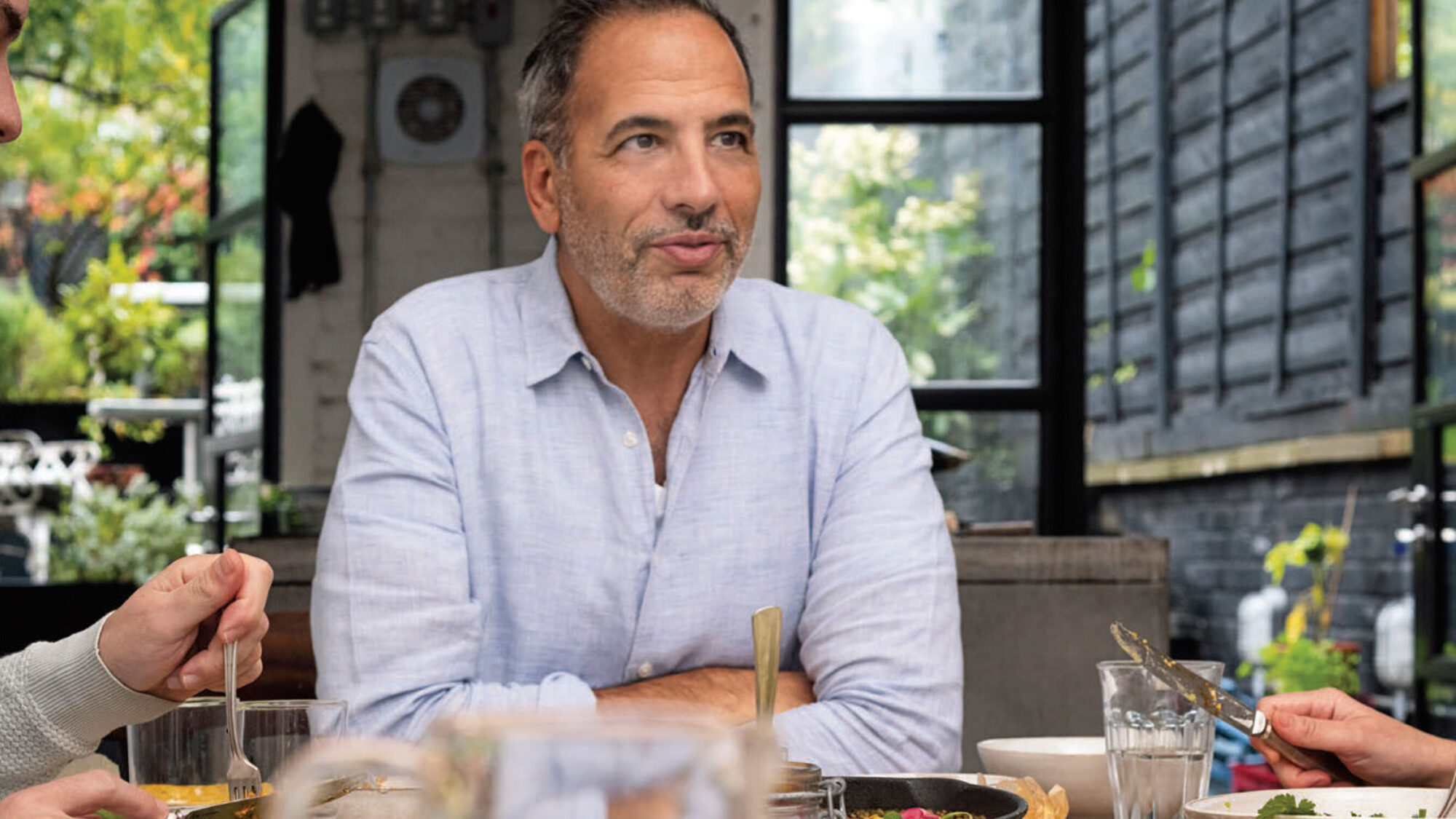 Yotam Ottolenghi has held a prominent place in our home kitchens for years.

For over a decade, London chef and author Yotam Ottolenghi has put out cookbooks that meet at the intersection of practical and cool—with a recipe development process that is part Warhol Factory, part America’s Test Kitchen, and pure Ottolenghi in spirit. He’s tackled baking with 2017’s Sweet, and before that, he put the complex Israeli food story on the international stage with Jerusalem, which he coauthored with Sami Tamimi in 2012. He’s confronted the big idea of minimalism with 2018’s Ottolenghi Simple, but has more than likely entered your kitchen with an inventive vegetable dish. His books Plenty and Plenty More are best sellers, and his most recent, Ottolenghi Flavor, is the third movement in a veg-centric sonata.

The book, coauthored with test kitchen employee and FOO (Friend of Ottolenghi) Ixta Belfrage, is full of smart, boundary-pushing flavor combinations, including sweet and sour Brussels sprouts with chestnuts, soy sauce, rice vinegar, grapes, and maple syrup. There’s space for both oyster mushroom tacos (with pickled kohlrabi) and roasted yellow potatoes with tahini, soy sauce, mirin, and harissa. A note in Flavor jokes that the book was originally titled the “Ottolenghi F-Bomb” as a nod to the flavor-packed condiments, sauces, pickles, salsas, and infused oils that season the text. The prospective title is 100% Yotam—sharp, a little insidery, never taking things too seriously. Cooking shouldn’t just inform. It should be fun, and over the years, I’ve followed this thread in Ottolenghi’s many cookbooks and recipes, and the stories we’ve worked on together. Here are a few favorites to chew on. —Matt Rodbard

Ottolenghi’s Got a New Vegetable Playbook

Yotam Ottolenghi and the Evolution of the Simple Recipe

Ottolenghi Wants You to Put Za’atar on Whatever You Want

Sweet and Sour Sprouts with Chestnuts and Grapes

by Yotam Ottolenghi and Ixta Belfrage

by Yotam Ottolenghi and Ixta Belfrage