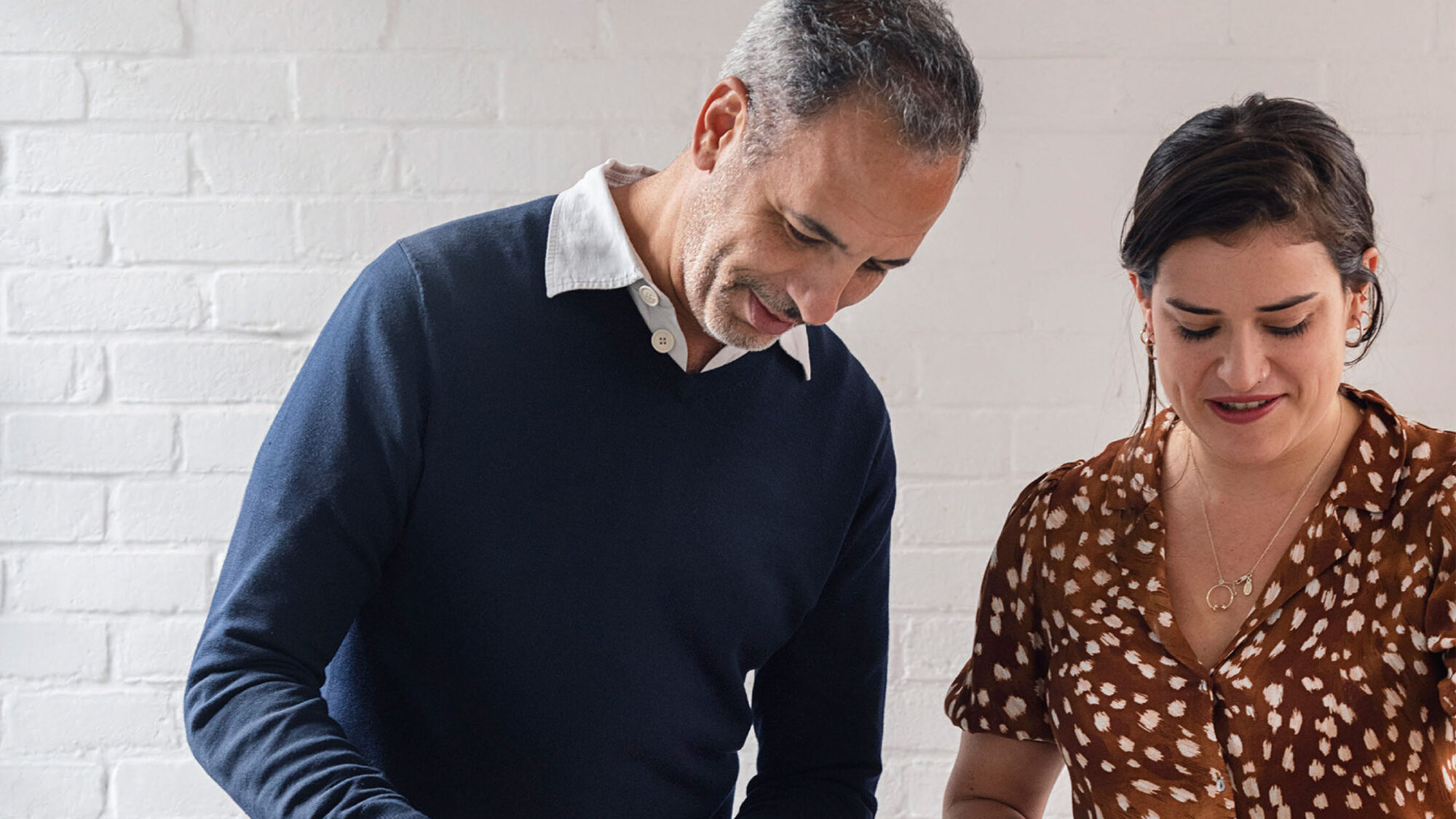 The prolific chef and author will never run out of ways to cook an eggplant.

Yotam Ottolenghi has never been shy about his love of vegetables. In fact, the first lines in his latest vegetable-centric cookbook say as much. “I have never been shy about my love of vegetables,” writes the London-based chef and author in the opening lines of Ottolenghi Flavor, the detailed and enthralling new book he wrote with collaborator Ixta Belfrage. Ottolenghi contends later in the introduction that while his crack recipe development—mainly through popular books Plenty (2010) and Plenty More (2014)—was successful in demystifying produce as a main ingredient, how many more ways can you write about frying an eggplant? Instead of answering this question, Flavor turns it on its head, asking readers to think of cooking in terms of three fundamental ideas: process, pairing, and produce (the most introspective of the three, looking at vegetables in the deepest way possible).

It’s a conceptual book in its way for the authors—Belfrage is a trusted test kitchen employee and FOO (Friend of Ottolenghi)—to create something fun and original in a world of sameness. This is done through smart, if not boundary-pushing, flavor combinations, including sweet and sour Brussels sprouts with chestnuts, soy sauce, rice vinegar, grapes, and maple syrup. A plant-based puttanesca gets cumin, olives, and capers. Leeks get a sauce of chives, miso, and mirin. “We’ve got our little section about flavor bombs,” Belfrage tells me with Ottolenghi on the line from London. And, as I find out in our interview, vegetables are still very much the bomb.

First off, I just want to hear how you guys are doing.
Yotam: It’s a massively complicated, challenging, awful point in time. And it’s been hard for everybody in the [restaurant] business. For me, for my partners, for the staff. But we’re talking in a relatively positive moment, because we’re going to open this weekend, and over the next couple of days, the remaining [establishments] will open. I’m feeling very cautiously optimistic, because we’ve had a really good comeback. It’s not like it used to be, but it’s positive in a way.

Let’s talk about your new book, Ottolenghi Flavor. You’ve got a plant-based book here, but you’re not using the word “vegan.” Why write with a plant-based diet in mind?
Yotam: I published two big books previously, Plenty and Plenty More, that had the same theme—vegetables at the center of everything. But also, plant-based [eating] is growing in popularity, and I just realized that it’s been over four years since Plenty More was published. And we’re in the test kitchen, where Ixta and a couple of other people work, and we’ve always had that kind of focus on vegetables and coming up with new ideas, new recipes, new combinations, and I felt it was the right moment to publish another vegetable book.

And the titles are less important.
Yotam: I think that the definitions or the titles of vegan and vegetarian are much shiftier than they used to be. They’re not as tight as they used to be. And we’re constantly talking about that—this is a book for vegetable lovers. Whoever you are, you’re welcome. That’s the idea. If you love vegetables, come. It doesn’t matter whether you’ve got a definition, whether you define yourself as vegan, vegetarian, omnivore, whatever—everybody’s welcome to our little veg party. I always like to ask this question to cookbook authors: What were you reading at the time of writing this book—cookbooks or any food media?
Ixta: I was reading Relæ, which is a restaurant cookbook by Christian Puglisi in Copenhagen, and I was really inspired by how he set his book out, and how all the ideas sort of tied back in, and I think that that’s one of the ideas behind our condiments section at the end. About halfway through, we knew we were going to call the book “Flavor.” And then after that, we had a bunch of different books that we were reading. I think we were reading The Flavor Equation, The Flavor Matrix. Yeah, [there were] lots of them that inspired us.

The Relæ book is really wonderful and so unique. Yotam, were you reading anything yourself?
Yotam: Vicariously via Ixta. She was testing recipes of the Hartwood book [The Outdoor Kitchen], and I think certain ideas had their origins in the Hartwood book as well. It’s just a beautiful book to look at, and Ixta even went to spend some time there—what was it, a couple of years ago, that you went?

Ixta: Yeah, one summer ago. It was pretty incredible. I worked there for four days, and it was one of the most eye-opening four days of my life.

Yotam, you have this funny, but also very real (to me) anecdote in the book about how sometimes, at the end of a busy day, you’ll eat a square of chocolate or a chunk of Parmesan as your meal. I love that! Is it just like, “Fuck it, I’m done with food for the day. It’s six o’clock”? I can relate.
Yotam: Totally, totally. I do that a lot. And, you know what, it’s really funny, because I’m sure a lot of chefs and cooks will tell you that being surrounded by food is disorienting. I just don’t know when I’m hungry and when I’m not. Because we graze and we pick, and we’re just constantly eating things that are delicious and tempting. So, when I come home at 5 or 6, I just cannot eat anything. And my kids—they’re quite young—eat early. By 9 or 10, I am hungry, but I just can’t bring myself to eat another thing that is complex. So I just have a piece of Parmigiano with a glass of something—you know, just something simple. And I go to bed and I’m happy. But it could also be chocolate, because chocolate is—I’m addicted to chocolate. Ixta will tell you—I mean, we’re both like little mice in the chocolate drawer, because we’re constantly nibbling.

Ixta: We have a whole corner in the test kitchen.

Is there a brand that you tend to go to? Do you order from a place in Europe, do you get American chocolate?
Ixta: We tend to use chocolate that our pastry developer always gets—lots of different samples from chocolate makers. And these sample bags can be pretty big—they’re more like sacks. We’ve got a box full of different sacks.

Whew! Dangerous.
Yotam: We get a lot of Valrhona. And Valrhona does a lot of combinations—all these caramelly chocolates, you know, the white chocolate mixed with caramel, so there’s a whole range of those, and those are really dangerous, because you just have too much. Easily.

Let’s talk about the celery root three ways recipe. I feel that celery root is super underrated, especially in the States. I feel like in Israel and Europe and the UK, it’s much more common. But I want to do a little PR for celery root.
Ixta: Absolutely. Yeah, we’ve got the one celery three ways, but all of them start the same way. We roast the celeriac, as we call it, for about three and a half hours, until—I mean, it depends on the size of the celery root, as we say in the introduction. But what you’re looking for is, once the skin becomes dark and golden brown and crispy, and the caramel sort of starts to ooze out, then that’s when you’re good.

That’s such a beautiful moment, when you see that ooze happening.
Ixta: And it’s delicious—that caramel on it is like this concentrated, celery-flavored caramel. It’s wonderful. And then, for each of the three recipes, we’ve cut them in different ways. And if you’ve got that caramel, which 90 percent of the time you’ll have, if the celeriac has enough sugar content or starch content, we ask you to rub the steaks or the quarters with that caramel, and if you don’t get enough of that, you can just use maple syrup or honey and a little oil. With the celeriac steaks dish, we serve it with a classic French sauce made with butter and anchovies and capers. A Café de Paris sauce, with curry powder in it as well. Then we’ve got the sweet-and-sour pickled version. We’ve got roasted celeriac on the bottom, pickled raw celeriac on the top, and then it’s got a really delicious sort of sweet-sour, crunchy garlic and chile sauce. And then the third one is—Yotam, do you want to talk about it?

Yotam: Yeah, so the third one is, it’s an American festival called Meatopia. Do you know that?

Yeah, of course. Josh Ozersky’s thing.
Yotam: It had come to the UK quite a few years ago, and they always approached me to be in the festival, and for years, I’ve been trying to push them to allow me to do a vegetarian dish in Meatopia. And the first year, they just said no, so I said, “Okay, we’ll cook meat,” and we cooked meat. But eventually, we were able to do our whole celeriac, which is our third way in the cookbook. What we did is we wrapped it in a tiny little cabbage leaf, a cooked cabbage leaf which is kind of like a taco, and there’s the slow-cooked celeriac with a barbecue sauce, some goat’s cheese, and pickled chile. And that’s just absolutely delicious, and the following year, they actually allowed it to be an actual dish in the festival. We’ve kind of created history by being the first to be allowed a vegetarian dish in a festival called Meatopia. 4 RECIPES WE LOVE FROM OTTOLENGHI FLAVOR

Celery Root Steaks with Café de Paris Sauce
Café de Paris sauce is a sauce of butter (and more butter) with curry powder, Dijon mustard, thyme, and other fine French things shaping it into the perfect sauce for not steak but, in this case, the underrated celery root.

Sweet and Sour Sprouts
As I wrote in the introduction to this interview, this is a wild dish, with flavors all over the globe (literally)—but the sum of the parts is one of the more unique autumn Brussels sprouts dishes you will find.

Chaat Masala Potatoes
Inspired by aloo chaat, this version calls for cilantro chutney and sweet tamarind dressing—which you’ll want to keep on hand for sandwiches, eggs, and fish too.

Miso Butter Onions
Possibly the next (first?) way you want to serve onions as a main entrée, or at least as the vegetable side that is the sneaky scene-stealer of your dinner party (or just your own dinner party of one). Did you catch our interview with Ina Garten? She has the most amazing hack involving a pint of melted Häagen-Dazs vanilla ice cream.

Slow Food Live brings Slow Food into your home with free, virtual webinars and conversations led by experts in a skill or topic that you can join from anywhere on your digital device. Upcoming classes and conversations include events with Andrea Nguyen, Hawa Hassan, Sami Tamimi, and Cathy Erway (demoing her incredible bang bang chicken on a sheet pan).

Have you checked out Sheet Pan Chicken, a new cookbook that offers 50 ways to rethink those legs, thighs, and whole birds? You should! 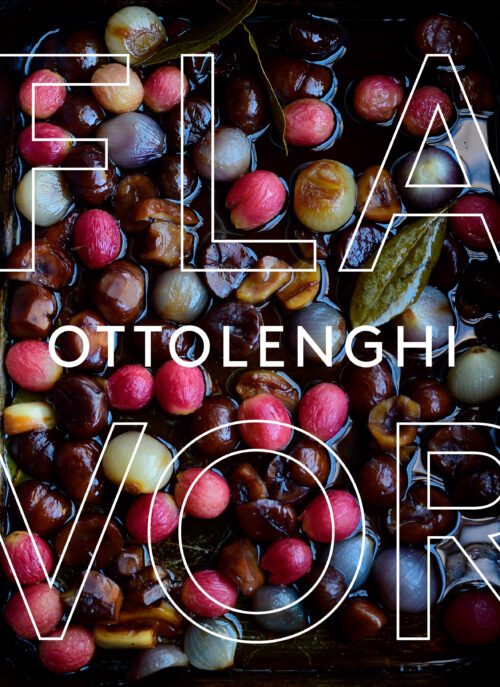