Amy Thielen grew up a few miles from the headwaters of the Mississippi River in rural Minnesota. She spent the early 2000s cooking professionally in New York under David Bouley, Daniel Boulud, Jean-Georges Vongerichten, and Shea Gallante. Since returning to Minnesota in 2008, she has written for the Minneapolis Star Tribune, Men's Journal, and Babble. She is a freelance recipe developer and teaches cooking classes in her home kitchen and at schools in the Twin Cities. She lives in Park Rapids, Minnesota, with her husband and their young son. (Photo credit: Jennifer May.)

Culture
A Girl Finds Her Knife
You may know Amy Thielen from her 2013 book, The New Midwestern Table, her television show, Heartland Table, or her column for …
Story: Amy Thielen 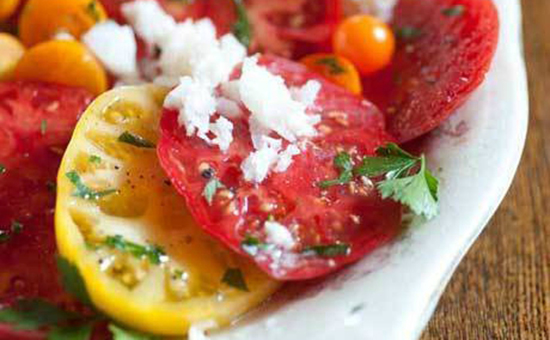