Get a free recipe
Subscribe
The Perfect Loaf Is Possible
By: Aliza Abarbanel Illustration: Nick Hensley 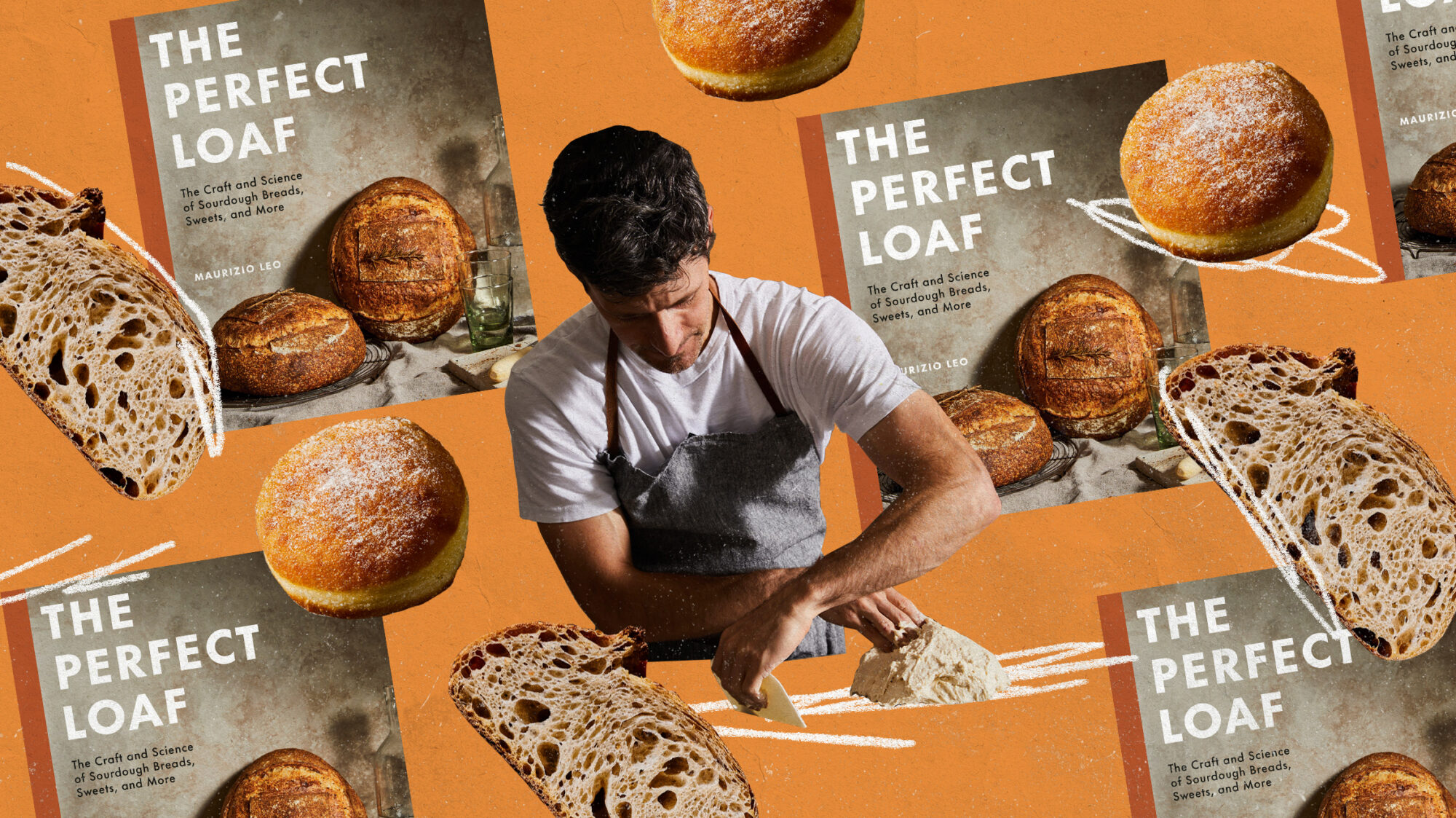 Sourdough’s brightest star, Maurizio Leo, has a debut cookbook to take you from total beginner to full-on bread head.

Recipes are a lot like algorithms—at least in the eyes of Maurizio Leo. It’s fitting that the founder of The Perfect Loaf, the indispensable sourdough website turning baking beginners into bread nerds since 2013, got his start as a software engineer creating the AI stargazing app SkyView. Bread making and coding both require precision and persistence, involving minuscule tweaks that can lead to total failure or transcendent success.

“I think one of the things that appealed to me about baking is that it’s a craft that requires iterative development, so you keep working to improve each time,” he says, wistfully thinking back to his initial love affair with natural fermentation. Leo grew up in and out of his family’s pizza restaurant in Albuquerque, New Mexico, which instilled in him a love of yeast and a high tolerance for floury fingers. He began baking sourdough while working from home on building apps for the early iPhone, taking breaks from his screen to cultivate another project: a hearty starter named Brutus.

More than a decade later, Brutus is still alive and thriving—the source of life for everything Leo bakes, including the boules and bombolone featured in his debut cookbook, The Perfect Loaf. I called up Leo to talk about translating his formidable technical knowledge into approachable recipes, and to ask for the baking advice he’d give his younger self.

You’ve been giving sourdough bakers advice online for years. What did you want to accomplish with this book?
I wrote the book I wish I had had when I first started baking, one that starts out from nothing—creating a starter—and takes you all the way to more advanced recipes and techniques. If you’re a beginner, you can take it to any level. It’s totally cool to make simple loaves and not want to dig into the science or nuance of maintaining a starter. Then there’s the other end of the spectrum, where I live, where you want to dig into how every hand motion is important and the balance of yeast bacteria is critical to making the kind of bread you want.

It’s a manual targeted at beginners that you can keep in the kitchen as you’re learning and your skill set is evolving. One of my strengths is my ability to take complex topics and distill them down and present them in a way that’s approachable to anybody, whether they’ve been baking for a week or for five years.

Much of bread baking, like being able to tell if a dough is proofed enough, is based on instinct. How do you translate that into recipes?
It’s a tough thing to do, because a lot of baking is developing muscle memory about how the dough feels and reacts. It’s hard if you’re not in the kitchen with a baker, having them show you how to feel the dough, but I think I do a good job of conveying it.

I really try to include a lot of adjectives describing how the dough should feel at every step of the bread-making process, and I try to have as many images as I can of me poking the dough and describing how it responds at this stage or how far you need to mix it. I also have a bunch of QR codes placed throughout the book that you can scan, so you can see a video of me showing you how to shape it.

I know this is a difficult question to answer, but what is your favorite recipe in the book?
They’re all kind of special in a way, but my favorite is a recipe called Rustico. It means “rustic” in Italian, and it’s a recipe I’ve been working on for years, slowly evolving it over time. It’s a free-form hearth loaf with a nice mix of flour, lots of depth of flavor, and a super crunchy crust. I bake my loaves on the darker side, so it has the overall package of everything I look for in bread. It’s without a doubt my favorite recipe in the book.

I also have a recipe for bombolone, which is an Italian doughnut I had with my family when we’d travel back to Italy when I was a kid. Making it is a three-day process, so it’s a little involved, but for a lot of that time, the dough is rising on its own. It’s a good example of using natural-leavening sourdough in an application that people don’t normally think of—you can make sweet, light, airy doughnuts with the same process you’d use to make a loaf of sourdough bread.

What’s something you wish you knew when you first started baking sourdough?
There are a lot of little things. I think the most important, hands down, is the temperature of the dough, the starter, everything. Warm temperatures will speed things up, and cool ones will slow things down.

It’s something I talk about very often throughout the book, and it might be the page I link to most on my site, because I sure didn’t realize how important it was when I was starting out. I started making bread in the winter, and I didn’t understand why I couldn’t get my starter going. There weren’t helpful guides back then, just a handful of books, and they didn’t drive that fact home. I ended up buying a reptile heat lamp, clipping it to my counter, and pointing it at my dough to keep it warm. I don’t use the light anymore—I’ve moved on to a tiny proofing cabinet, or even sometimes using my oven, turned off, with the light turned on—because I make so much more bread and need the space.