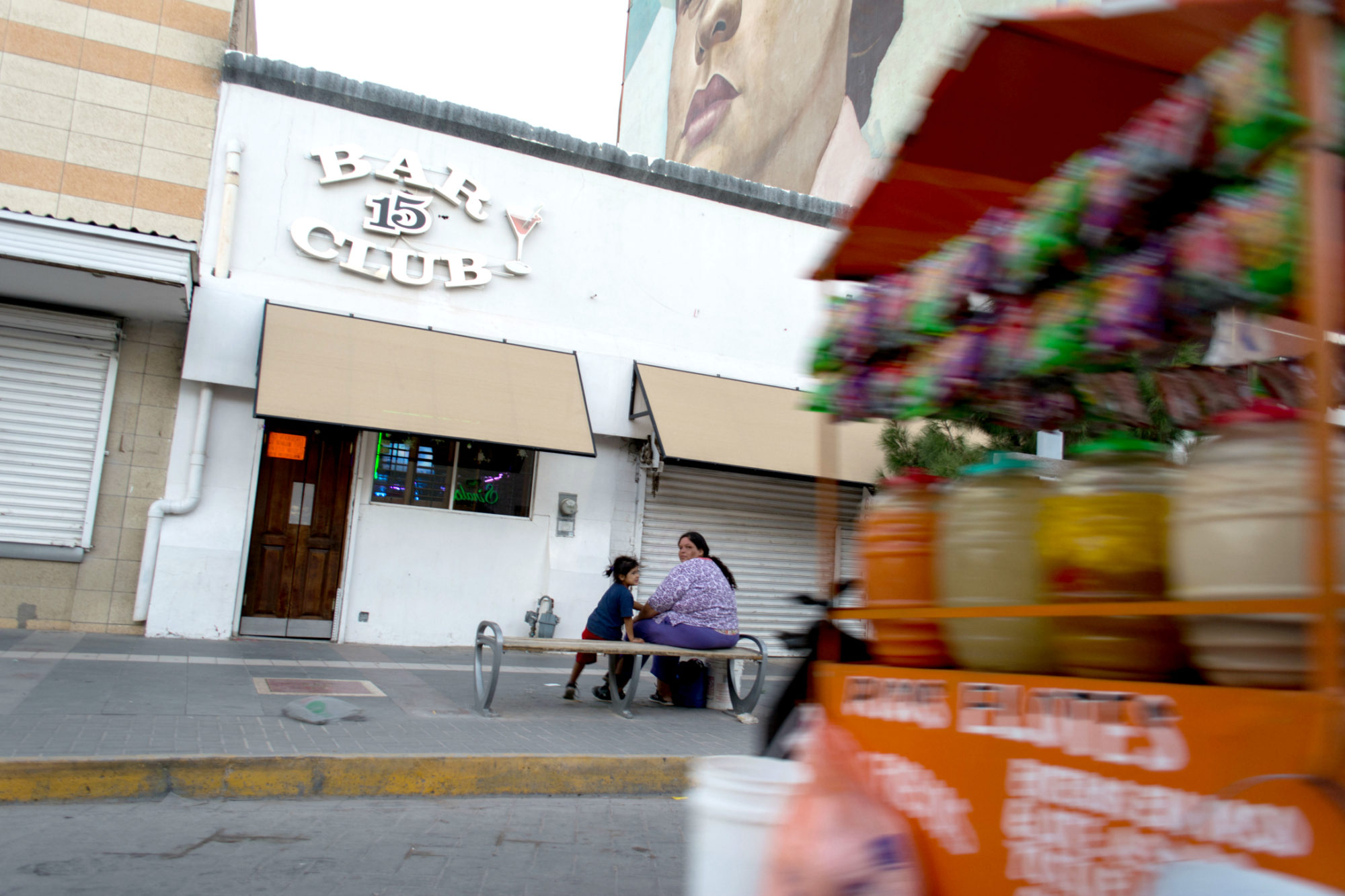 Drinking in this Mexican border community involves tracing the grand lineage of the margarita. But also grappling with recent cartel violence, and a slow recovery.

No story of the border near Juarez, Mexico, is complete without a mention of the Kentucky Club. When Beto O’Rourke, congressman and Democratic candidate for the 2018 Texas Senate race, stopped by his hometown, El Paso, to speak to his supporters in August, he talked about how he met his wife, Amy, on a blind date and promptly took her to Ciudad Juarez for a drink at the Kentucky Club.

O’Rourke’s story is not unique in the area around Ciudad Juarez and El Paso. Even the most famous contemporary fiction to come out of this borderland makes mention of the bar—Everything Begins and Ends at the Kentucky Club by Benjamin Alire Saenz was the winner of the 2013 PEN/Faulkner Award for Fiction. The Kentucky Club has served as a bridge between the two cities since Prohibition, when a number of Kentucky distilleries moved production to the northern Mexico state of Chihuahua (where Juarez is located). Ciudad Juarez has undergone enormous change since then. The city’s trajectory is often framed in terms of pre- and post-cartel violence. From 2008 to 2011, Juarez was caught in a vicious turf war between the Sinaloa and Juarez drug cartels that left a staggering 10,500 people dead. The violence that brought Juarez to a standstill came to define the city, but Juarez’s story is best heard and understood at the cantinas in what is now a small stretch of the city—Centro or downtown Juarez. Guests at the Kentucky Club

The Kentucky Club, or the World Famous Kentucky Bar and Grill, as it’s formally known, is the most famous of Juarez’s cantinas. The bar gained international notoriety in the 1920s when Al Capone stopped by for a drink. While Juarez the city never got much love in the way of international press, the Kentucky Club has been repeatedly covered by the media. The bar claims to be the birthplace of the margarita, and over time, it has become the subject of many myths and rumors. Some say the space used to be home to a boxing ring. Others speculate that it’s owned by the narcos. Federico Delgado, one of the managers at the Kentucky Club, tells me that during the 1940s, the club became a popular site to buy entry tickets for various games, including bullfights and boxing. “It was never a boxing club,” he laughs. “It was never big enough to a boxing club!” He declines to name the owners since they like to keep their privacy.

Delgado sticks to the claim that the margarita was invented here. The Kentucky’s margarita is punchy but simple, comprising only tequila, lime juice, and Cointreau. It’s served on the rocks and never frozen. While the bar has now expanded into a restaurant serving a large menu of wings, burritos, tacos, hamburgers, sandwiches, salads, and the random fish fillet to placate its binational Mexican-American clientele, people really come to the Kentucky for the margarita. The story is that it was first served on July 4, 1944, during the presale of tickets for the Juarez Indians baseball game at Borunda Park. Antonio Rojas, owner of the nearby Recreo, the second-oldest cantina in Juarez, is not convinced. He’s been around long enough to remember Tommy’s, another downtown bar that has since closed. “They are the ones who first served the margarita,” he confides. Rojas took over the management of  El Recreo from his father, who had taken it over from the original owner in the 1940s. Rojas cannot recall when the bar first opened; he guesses it was between 1910 and 1920. The only other bar older than El Recreo is El Buen Tiempo, a gay cowboy cantina located a few blocks away. El Recreo stands at the quiet corner of the streets Francisco I. Madero and Septiembre. It doesn’t have a sign, and if you walk in on a weekend afternoon, you may feel like you are interrupting. Rojas plays dominoes with his older regulars every afternoon; others speak in hushed tones. At night, it gets busy with a younger crowd.

Business had slowed significantly during the violence; Rojas had to keep the bar closed from Sunday to Tuesday to keep a low profile.

Times are better now, but business has not gone back to the pre-violence days, when the bar would attract more Americans. Rojas fondly recalls the time an El Paso college football team, the UTEP  Miners, came to El Recreo, towering over everybody else at the bar. While now El Recreo will still get a few El Paso strays, the number of overall American customers has declined significantly. There is no one drink that draws crowds to El Recreo. While the Bloody Mary is a popular choice among regulars, Rojas specifically recommends “chucho” or “chuchupaste”—what some at the border call “the drink of the desert gods.” He signals to one of his suited bartenders, who brings a bottle of unlabeled tequila infused with dried roots and stems. Chuchupaste is made with the herb osha, which grows in the mountains of Chihuahua. Your first chucho shot is a shock to the system—the harsh, medicinal taste lingers in your mouth before numbing it. Rojas tells me the chuchupaste root helps get the alcohol into your bloodstream faster. While he used to make it with sotol—the distilled spirit made from the wild dasylirion plant found in northern Mexico— as per the tradition of the Tarahumaras, the indigenous group of Chihuahua, he now sticks with tequila. Rojas isn’t the only one who keeps a stash of chuchupaste homebrew. About a 10-minute walk from El Recreo, up on Avenue Benito Juarez, Lulu, the bartender at Club 15, is quick to break out a bottle of chuchupaste when asked what people like to drink at the tiny dive with a cult following. Club 15, like the Kentucky Club and El Recreo, is one of the handful of downtown bars that survived the 2008–2011 violence that had shut the whole neighborhood down. The bar opened during the 1950s and is coming close to celebrating its 70th year in business. I went to Club 15 on a weekday afternoon, and the crowd was mellow, nursing Chihuahua’s beer of choice, the Carta Blanca, often referred to as the Mexican Bud Light. One of the first things you notice about the bar is the faded Playboy posters plastered over the walls and the ceiling. When asked what that was about, Lulu shrugged: “I don’t know. The current owners didn’t put them there—they came with the bar.”

Club 15 is small. Cast in dim, purple light, the space is mostly made up of the bar itself, originally meant to seat only 15 people (hence the name). There’s no kitchen, but I’m getting hungry, so I decide on a packet of potato chips hanging from the shelf. Lulu pops it open and douses the contents with hot sauce and soy sauce before twisting the bag closed and swirling it around. She empties the impromptu meal out on a plate for me. Downtown Juarez has grown quieter this summer. There has been an increase in the number of murders in the neighborhood following the entry of a new group, Cartel Jalisco Nuevo Generacion. I take a bite of the chips and wonder if the cantinas will survive.