In Food52 Any Night Grilling, Paula Disbrowe’s recipes are simple enough to fire up the grill every night—not just for big backyard cookouts.

Like roasting, a grill enhances the vegetable’s natural sweetness and creates salty, crunchy browned bits that add an entirely different layer of appeal. When charred by the heat of a grill, brassicas like broccoli—particularly big, meaty stalks—offer a satisfying range of flavors and textures that warrant top billing. I prefer to grill large spears of broccoli because they’re easier to wrangle and fun to eat with a knife and fork, but you can use broccolini or large florets of Romanesco broccoli instead. After they’re branded with an initial char, the spears are transferred to a cast-iron skillet, covered with a blanket of grated Parmesan (or another aged cheese) and finished in a closed grill. The ambient heat melts the cheese and creates a crispy crust reminiscent of frico, lacy Parmesan crackers. Salsa Verde, Pickled Mustard Seeds, or Sumac Yogurt Sauce would be delicious additions to the plate.

Reprinted with permission from Food52 Any Night Grilling: 60 Ways to Fire Up Dinner (and More) by Paula Disbrowe, copyright © 2018. Published by Ten Speed Press, an imprint of Penguin Random House. 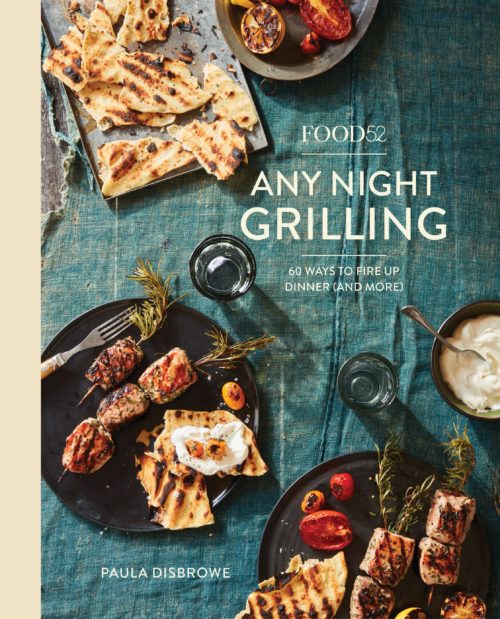 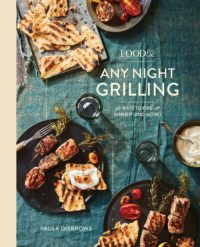