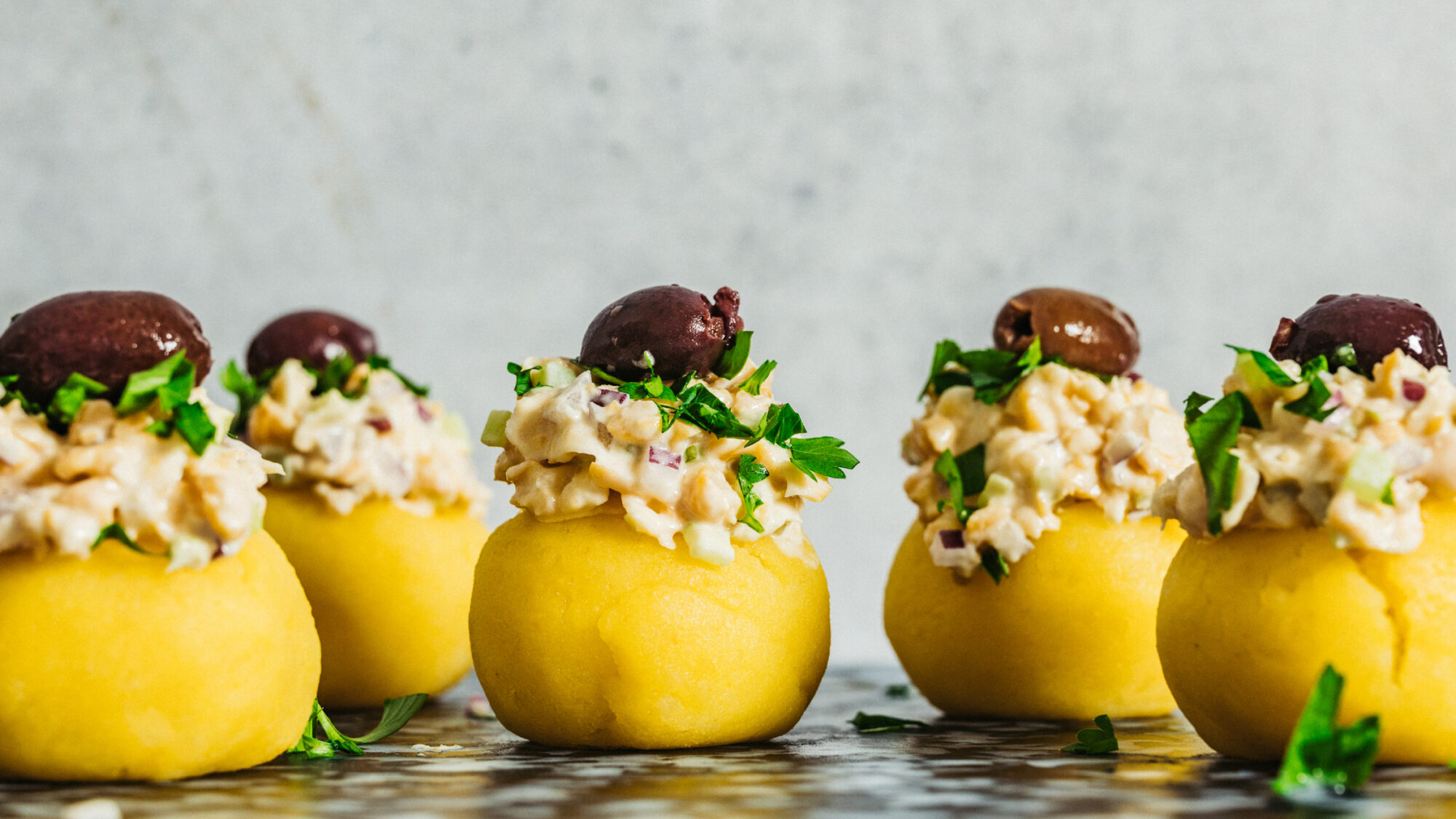 A strong case for adding a flash of citrus and spice to your mashed potatoes, before chilling them. Introducing Peru’s mighty causa limeña.

The butter-laden mashed potatoes that American families serve by the heaping, swirled mound can be traced to the Lenten suppers and dinner tables of 18th-century London. But centuries before colonists exported the tuber from its native Peru, Andean people cultivated potatoes for everyday sustenance. In the Andes Mountains, one mashed potato dish with hot peppers is the ancestor of the contemporary causa limeña—the chilled potato puree with salt, aji amarillo (a yellow hot pepper paste), olive oil, and lime juice that Lima’s creole cooks layer with savory fillings of shredded tuna or chicken salad.

An early predecessor to the quintessential American Thanksgiving style of mashed potatoes appears in Hannah Glasse’s The Art of Cookery Made Plain and Easy, a 1747 cookbook that was popular in London homes. Its recipe fits more or less into one sentence: “Boil your potatoes, peel them, and put them into a saucepan, mash them well; to two pounds of potatoes put a pint of milk, a little salt; stir them well together, take care they do not stick to the bottom; then take a quarter of butter, stir it in, and serve it up.” And in the United States, Irma S. Rombauer’s best-selling 1931 Joy of Cooking has a more spice-forward mashed potato recipe that calls for boiling peeled potato chunks with garlic, onion, celery, and parsley; subbing in warm cream for milk; and seasoning with pepper before serving them warm.

During the Thanksgiving and Christmas holidays, American food magazines routinely publish mashed potato variations, like replacing milk with yogurt or sour cream, and folding in parmesan, cheddar, chives, garlic, or bacon—but the general gist remains largely unchanged. In Peru, however, causa has evolved over 500 years. Honoring its origin, its name comes from the Quechua for nourishment, “kausay.” But its primordial preparation changed after colonization introduced ingredients like dairy and citrus that Lima’s street food vendors added to their wares.

In Tradiciones Peruanas, an 1872 book with stories about creole life in colonial-era Lima, mestizo chronicler Ricardo Palma describes how these street food vendors sang pregónes on an hourly schedule to announce their offerings—2 p.m. was the hour for “la rica” (delicious) causa from the northern coastal town of Trujillo. The traditional cold potato puree was garnished with lettuce, queso fresco, olives, corn, and hot peppers. From the colonial era through the start of the 20th century, creole cooks continued adding new ingredients to the potato puree. 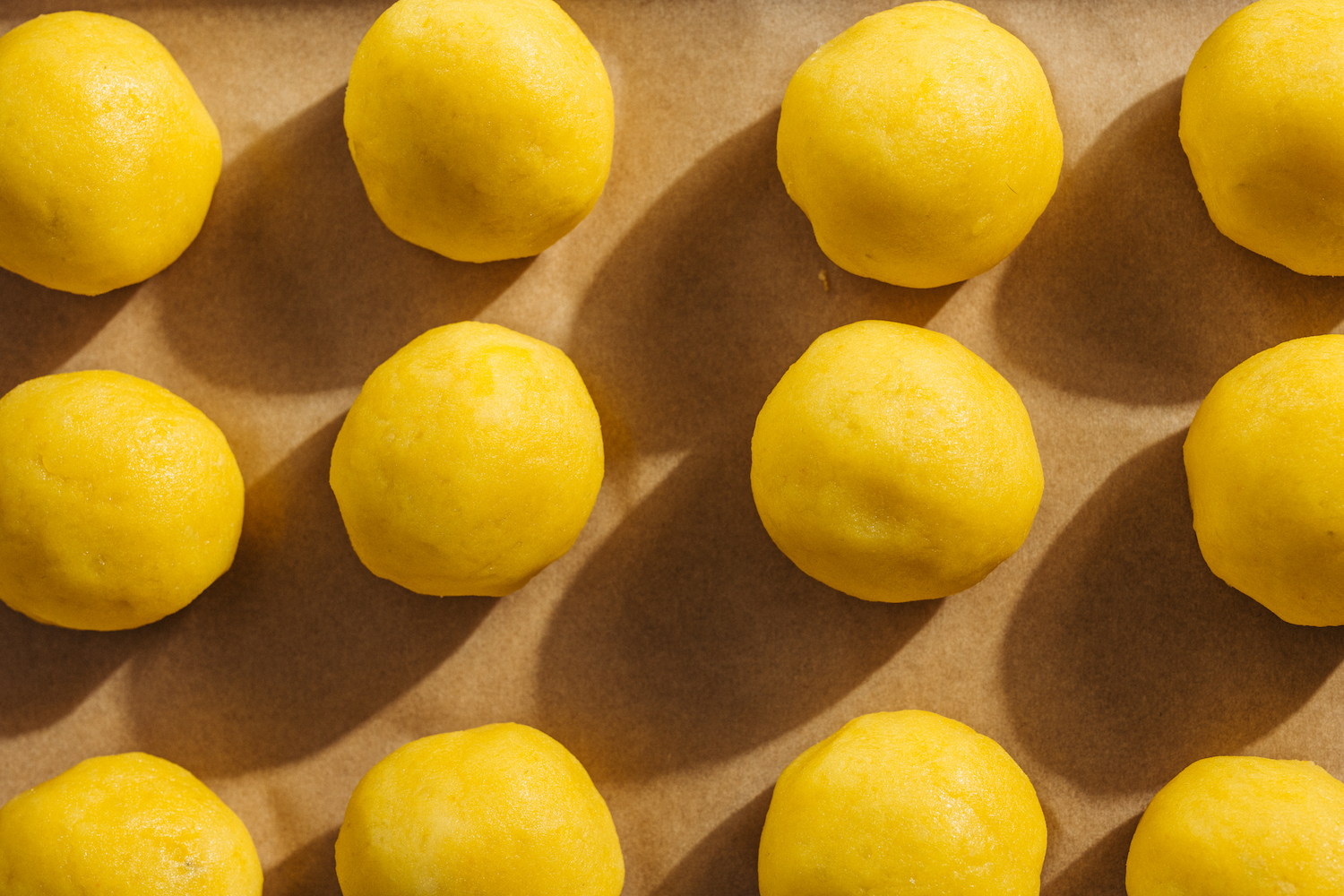 Published in Lima in 1903, the creole cookbook Nuevo Manual de Cocina a la Criolla includes a recipe for causa. The author says to add salt, ground pepper, aji amarillo, juice from sour oranges, and oil to the white or yellow potato mash; then to spread the potato puree over a bed of lettuce on a tray and top it with queso fresco, boiled shrimp, corn rounds, pieces of hard-boiled eggs, pickled onions, and shredded fried sea bass.

By the 1940s, when my mother was growing up in Lima, causa became a layered dish with a savory filling. Creole cooks mixed in salt, aji amarillo, olive oil, and lime juice, giving the mashed papa amarilla, Peru’s starchy yellow potato, a creamy consistency and a bright yellow color. Then they filled a rectangular casserole dish with a bottom layer of puree, adding a middle layer of shredded tuna or chicken salad and a top layer of puree for garnishing with slices of olives, avocado, or hard-boiled eggs.

That’s the template for the traditional causa limeña that my mother taught me to prepare decades ago—without a recipe, by eye, hand, feel, and taste—and that everyone always requested she bring to family reunions. Countless times, my mother’s causa was the centerpiece at a gathering’s table, and the uniformly spread garnish served as a guide for slicing small, rectangular pieces of the cold, layered potato puree.

I remember how she’d fill a large pot with cold water, then add medium-size papa amarilla or Yukon Gold potatoes and boil them until their skin began to crack and separate. Still warm, we’d peel the potatoes by hand and mash them in a bowl. Then she’d sprinkle in a bit of salt, scoop in aji amarillo paste, drizzle some olive oil, and squeeze lime juice while I mixed the mash with a spatula until it was smooth.

After refrigerating it for a few hours, the causa tasted even better, when a refreshing, firmer yet lighter bite set off a simultaneous and pleasurable cold and spicy sensation.

Before assembling the causa with a middle layer of tuna salad, much like the one in palta rellena, we’d grab some teaspoons to taste the puree. The bright citrus awoke our palates, but after refrigerating it for a few hours, the causa tasted even better, when a refreshing, firmer yet lighter bite set off a simultaneous and pleasurable cold and spicy sensation.

Besides causa, our family enjoyed other potato dishes, like the Afro-Peruvian carapulcra stew, or the cheesy papa a la huancaína, sometimes in a combinado with tallarines rojos. Now, when I cook those dishes, I often think of my Incan ancestors, and how the potato—alongside quinoa, corn, tomatoes, hot peppers, oca, beans, squash, and coca leaves—was an essential crop in their Indigenous food system. Andean farmers knew then that the hundreds of varieties of potatoes they cultivated were a source of calories, protein, carbohydrates, fiber, and vitamins.

Today, in restaurants across Lima, causa limeña has a modern presentation. Some causa are individual servings of circular cakes with multiple layers of seafood filling, mayonnaise, avocado, tomatoes, and eggs, much like a stacked club sandwich. Other causa are minimal, small, purple potato puree cylinders with bite-size savory toppings, all lined up in a long sharing plate. But after 500 years of innovation, I keep going back to my mother’s 1960s presentation—she’d roll the yellow potato puree into small balls, make an indentation with her fingers, and fill it with tuna salad. Sometimes she’d also fashion parsley sprigs into handles to make causa baskets, just like my grandmother did. When I recently made this version—with a vegan chickpea topping in lieu of tuna and garnished with chopped parsley—it looked like a slightly more modern version of my mother’s retro take, making what was once old new again.

Nico Vera is a freelance writer, photographer, and vegan chef from Peru. He has contributed stories about Peru’s food and drink culture to Taste, Fare, Whetstone, Eaten, and New Worlder. A former mathematician, he’s also an accomplished percussionist and long-distance trail runner. On a mission to veganize Peru’s traditional cuisine, he now lives in Portland, Oregon, with his fiancée Alec and their daughter Rio.