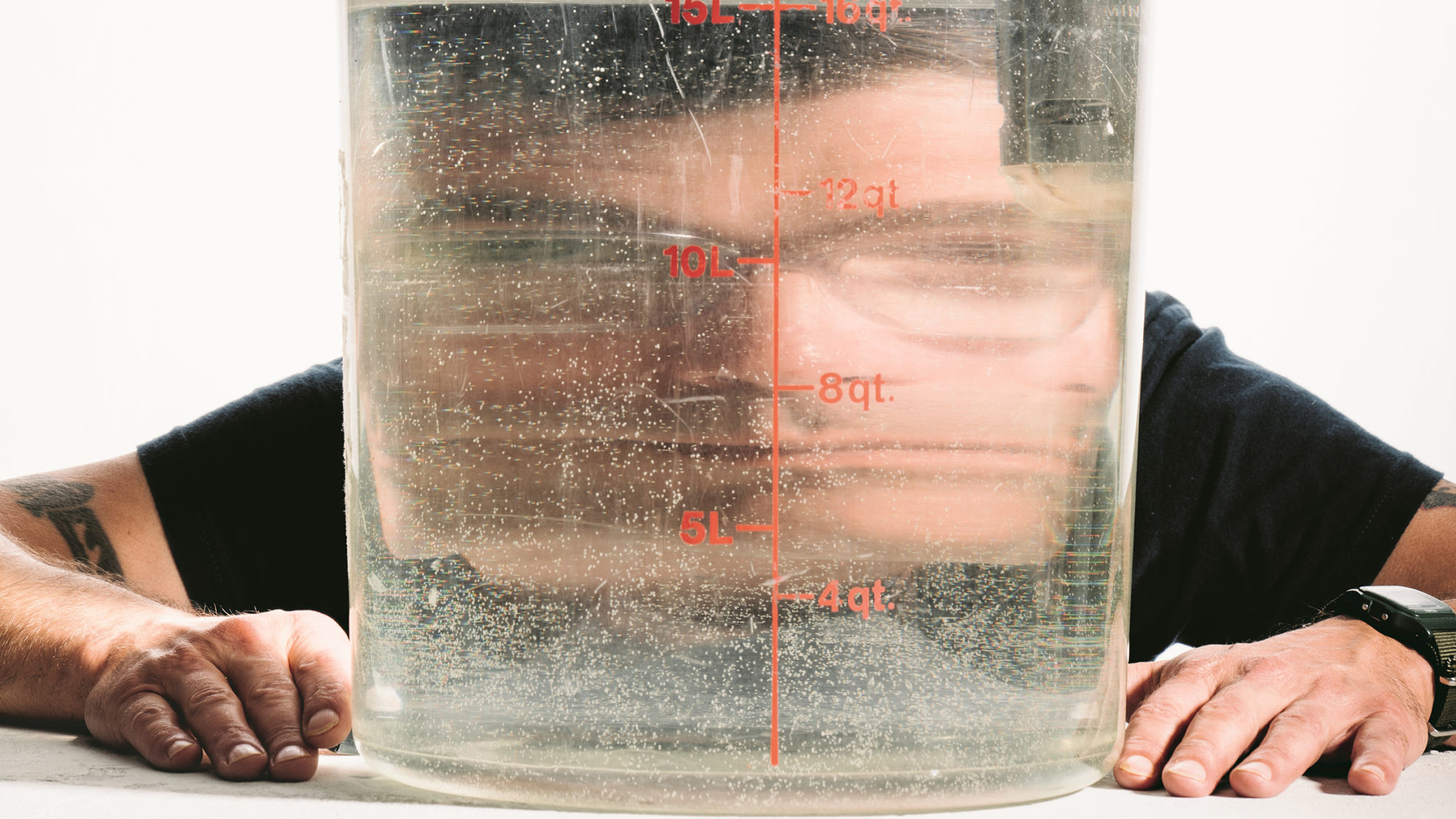 Hugh Acheson makes the case for breaking out your slow cooker and sous vide machine.

Hugh Acheson is organizing his spice cabinet when I Zoom into his life in Athens, Georgia for a catchup. I ask him about the editing process, and which bags and tiny tins are hitting the trash. “I don’t know why I bought this achiote molido, but I’ll find a use for it sometime,” he muses before grabbing a bag of merkén, a traditional Chilean spice that is mild and smoky. An obvious joke follows.

We then get to talking about his cookbook career, specifically the last two he published with Clarkson Potter: The Chef and the Slow Cooker and Sous Vide: Better Home Cooking. Acheson has a real dexterity in his writing—with both the recipes and the words that surround them. Both books are built around cooking technology (Crock-Pots, submerging plastic bags into water) and are inspired by his curiosity about the world of food. There are references to Mexico, Japan, Northern California, Senegal, and France in the books, and when I asked for a single recipe to excerpt, he (without pause) goes for a West African catfish stew. “You add mace, garlic, chile, and tomatoes—in a broth—and cook it throughout the day,” he says, making me hungry. “Then drop in some catfish for the final 20 minutes, to perfectly poach, and serve it with some rice—you have the perfect meal.” Crock-Pots are not only for Manwich, as I find out.

First off, how are you doing? How are your employees doing?
The weirdest thing is not knowing what day it is, but right now it’s Wednesday, and I’m conscious of that notion! I’m incredibly proud of our crew. We are putting out 7,500 meals a week, and we’re working with World Central Kitchen. We successfully got PPP [the Paycheck Protection Program], and I think we will come back strong. But what it really relies on now is the temperature of the American public for actually dining out.

You have been very open about your frustrations about the Paycheck Protection Program (PPP) application process. How did it all work out in the end?
I don’t know if being vocal helped. We were with Wells Fargo, and that was really difficult, and we eventually got it because of relationships I had with bankers in Athens. That was the key for us, working with a really small bank with three branches. They were great, and that type of intimacy can be really important in getting through what is a really complex, and anxiety-filled, process.

So your employees are taken care of?
Many of them are working, and some of them are doing odd jobs. I’ve got four employees working on the front porch doing woodworking and remaking tabletops. We’re changing a couple of the rooms in one of our restaurants, and transitioning one into a bookstore that is very likely going to be UGA Press.

Can you name some companies, big or small, that are helping you out?
Listen, we need to start making some lists, and the lists are for who the fuck showed up for this. Who were the people who worked with us and showed hearts and compassion? Who showed up to help deliver food and diapers to housing projects? Who believes in their community? There are some amazing people we will thank along the way and hold them dearly forever. Agri Beef out of Idaho, a massive beef conglomerate that is home to Snake River Farms, has been mind-bogglingly generous. They gave us about $90,000 worth of Kobe beef for homeless outreach. They gave $2 million worth of beef to San Francisco homeless shelters.

And probably not putting out a press release, or seven, about it.
There are some amazing organizations helping out, and then there are the people who send me $250 on Venmo and I get in my van and go buy toothbrushes and diapers for communities in need. A lot of the bone structure in our industry is undocumented people, and I refuse to let them fall down in this.

Okay, remind me. How great is the slow cooker?
It’s like 20th-century homesteading. The basic Crock-Pot has a high and low setting. And the other thing is, we all have them—somewhere tucked away from that failed pot roast experiment from back in the day. They are just so useful and safe, and inherently it’s a lot of legacy cooking. But on the flip side, if I want to make a West African stew with mace, garlic, chile, and tomatoes—in a broth—and cook it throughout the day, and then come back and drop some catfish in there at low for the final 20 minutes to perfectly poach and serve it with some rice, you have the perfect meal.

And about sous-vide, I feel like the moment has maybe passed, though your book does a really nice job explaining how versatile it can be. Are you still ride-or-die with it?
I think you are right. I don’t think it’s as popular as people think it is. But we just have to get over the hurdle of what people think is an inconvenient step, which is the complexity of it. The failure rate with a sous-vide recipe is really, really low. You just need to know the optimum temperature, and you will really nail the recipes.

And you’re releasing your next book in October. It’s called How to Cook. Who is this for, and what are you teaching?
I’m sending a daughter away to college in the fall, and I want her to have some cooking fundamentals. This is the vinaigrette to always make, this is how you roast vegetables, this is how you cook a steak and a burger. That’s the first half. The second half is applying the fundamentals for more complex dishes.

Why are these books perfect for our imperfect times?
My cookbooks are good for a gazillion reasons, but really, every cookbook is good. Cooking is not just about feeding yourself, it’s about learning and being proud of cooking something. I’ve been so interested in seeing how America has hugged Alison Roman’s books, and there are just so many places creating great, retainable recipes that you just want to repeat. And that is cool. Kimchi-Braised Chicken
The umami-rich patois of the Korean pantry is so easy to include in some very basic recipes, including this slow-cooker chicken.

Pseudo BBQ Ribs in Sous-Vide
Sous-vide might be the secret to the most tender pork spareribs. Here’s a recipe, along with a simple blender barbecue sauce.

Sous-Vide Celery
Okay, we love celery. That is clear. But what about cooking it sous-vide style with lemon, parmesan, and almonds? This is a high-gear celery dish.

Eat Something, a look at Jewish food from bris to shiva, is an absolute riot. We interviewed one of the authors, Rachel Levin.

Everyone Can Bake, or so says Dominique Ansel.

Penguin Random House has brought together some greatest hits from authors like Alison Roman, Christina Tosi, Samin Nosrat, Ina Garten, and more in Family Meal. Thedigital cookbook is going for $5.99, and all proceeds go to the Restaurant Workers’ COVID-19 Emergency Relief Fund.

The Spirits of Latin America, from NYC bartender Ivy Mix, follows the sugar trail through the Caribbean and beyond, winding up in Chile, Peru, and Bolivia.

And from the TASTE archives: Bless the Dabo. The story’s from Julia Bainbridge, whose book Good Drinks is out in October.