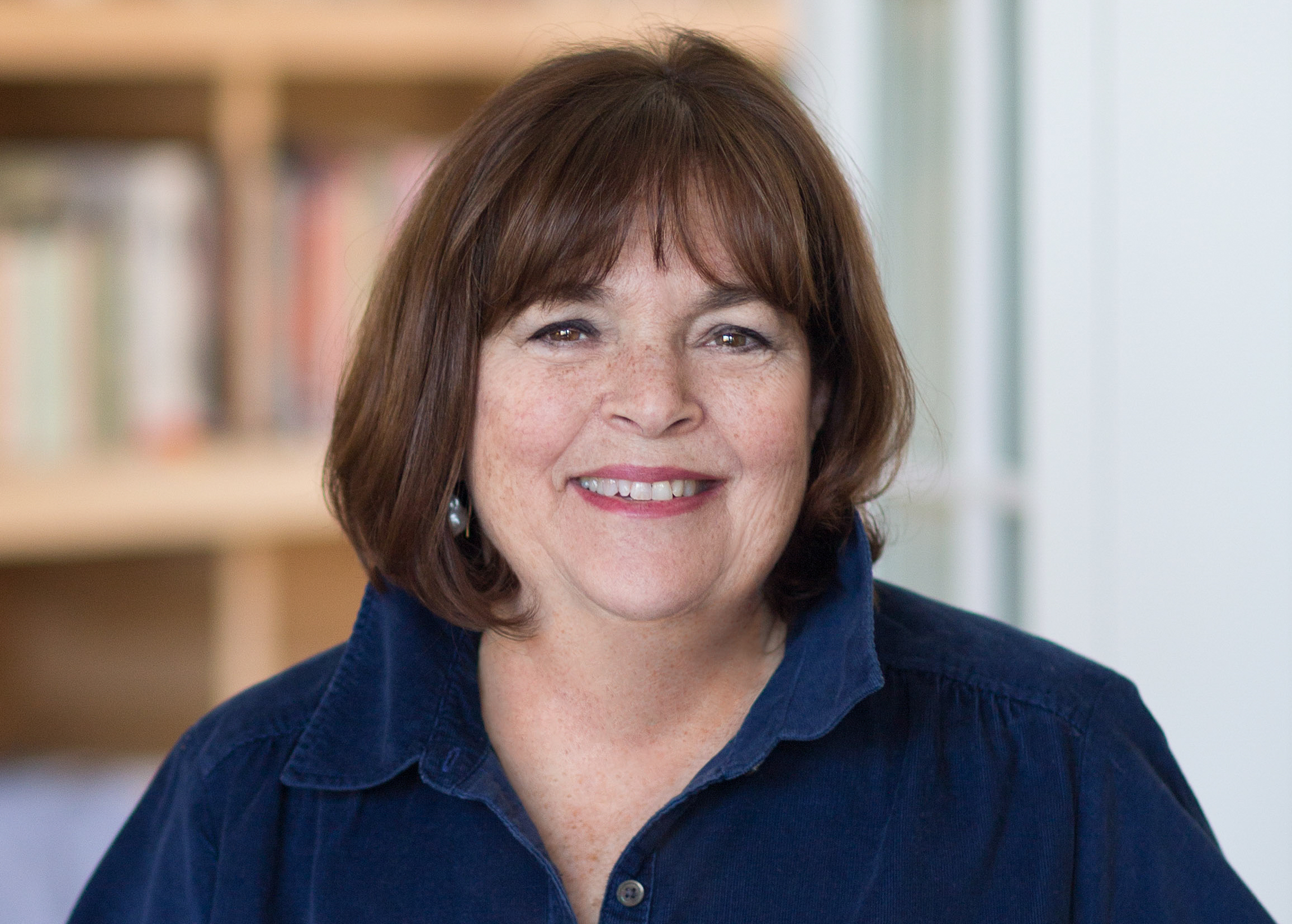 David Venable, host of QVC’s insanely popular In the Kitchen with David program, poses the question as cookbook author and TV host Ina Garten—insanely popular, too—presents a crock of pasta fagioli and a platter of roasted broccolini to a rapt live television audience. “What do you think keeps a couple together for 48 years?” asks the burly presenter, slowing down the cadence of the question for optimal dramatic effect. “We just take care of each other, and I know that I’m the most important thing in his life, and I hope he knows that he’s the most important in mine, and in the end that is all that counts,” Garten purrs, cool and confident, about her husband, Jeffrey. “You know what else counts?” wises Venable, a Shakespeare of the live television segue, who had moments before done a “little happy food dance” after sampling Garten’s beef brisket and chocolate cake with mocha butter cream. “All the gorgeous color photos you put in this book!” Boom: Another 5,000 books out the door by minute 10. (No, really, you gotta watch it.) Garten has her fans, and they are clearly excited that a new book is just off the presses.

Cooking for Jeffrey is the author’s tenth under the Barefoot Contessa umbrella and a follow-up to her 2014 smash, Make It Ahead. The topic is narrow but also, in a way, broad, detailing the favorite recipes of her longtime companion, Jeffrey, an economist and former dean of the Yale School of Management. While the concept is strong—the book features personal stories and nostalgic photos—the dishes Garden includes jump around in a way that’s both interesting and random, from warmed Vacherin Mont d’Or (“the most extraordinary of all French cheeses”) and kasha varnishkes to vanilla cream cheese pound cake. There is little doubt that this dude Jeffrey eats well, and this book is a bit of a survey of his eclectic palate. Garten describes the book as her most personal yet, and in our conversation we find out some personal details of America’s favorite TV chef. Word to the wise: Don’t even think about serving her foam!

These last few presidential debates have been crazy. Did you stress-eat at all when you were watching them?
[Laughs.] I texted my friend and said that I just ate an entire box of shortbread, what are you doing? She said, “I have to restock on sugar cereal before the next debate!”

Oh, my! I ate a pint of Ben & Jerry’s Peanut Butter Fudge Core. It was all so uncomfortable.
It was so stressful. I actually am going to the theater for the next debate. I’m kind of relieved.

Well, good for you. Are you seeing anything good?
A friend of mine is bringing back March of the Falsettos. So I’m going to a preview.

Do you see a lot of theater? Are you a fan?
You know, some of my closest friends are in the theater. I have to say I don’t go very much. I always see their things!

Well, let’s head to the new book. I love the concept. I think cooking for loved ones is really important.
That’s what it’s all about, isn’t it?

It really is.
It’s so hard to do it for people you don’t love! Isn’t it?

So, how do you test your recipes?
I’ve been known to do, like, 25 versions.

Oh, my gosh.
I will test it over and over and over and over again. I’m just unsatisfied unless the texture and the flavor and the balance is what I’m looking for. It’s like hitting a correct note—you just go ding ding ding, ding ding ding. And then, you know what I do? I hand the recipe to my assistant, and I watch her make it. So I know what somebody who’s home with just a printed page is gonna do. And she always does something I didn’t expect.

Do you think that home cooking styles have changed over the years?
I think people are more interested in cooking. And, actually, I think there’s kind of a gap. How do I wanna say this? I think we grew up with parents that cooked. But then, my generation, women tended to be doctors and lawyers and do other things, and there wasn’t so much home cooking going on. And that’s why specialty food stores came up, because there was a need. But the millennials are cooking a lot. Why? They’ve seen a lot, learned a lot—but not from their families, because very often they’re not home cooking. More the Food Network. Younger people are interested in sitting around the table and talking to everybody.

Also, I think cooking is the time to unplug, and I think even millennials who are so plugged in—I’m right on the cusp and pretty plugged in myself—are realizing that it’s not the best thing. And that cooking on a Friday night after an exhausting, Instagram-fueled week of creating content is…
[Laughs.] It’s really a great release!

Yes! This is the release. Like, let’s sit around the table even if I’m 28, or 27. So millennials are cooking more. What about these component boxes, services like Plated and Blue Apron? Do you think those are getting people to cook more? Are they good for society? Bad?
I think they’re great. I actually subscribe to several just because I wanted to know what they were. And they each have their own focus, which I thought was interesting. I thought one of them was really good for home cooking—where you got a steak, and some potatoes, and very specific instructions, about how to cook the potatoes and mash them. I thought it was amazing. First, you didn’t have to shop for it. And second, you have really good ingredients, and the whole meal took half an hour to make. I thought that was amazing.

Of course.
I worked in the Office of Management and Budget. And the show really was about how nice it was to be invited back to the White House, but in a different capacity. So Mrs. Obama has a kitchen garden on the South Lawn. And so she invited me to be part of that ceremony, but also to cook with the chef, Cristeta Comerford, and to sit down and talk to her about the programs she’s done. So I did that. The First Lady is so lovely, so gracious, so warm. It’s everything that you think she’s gonna be, she is. And then some. And then she ended the interview and said, when we leave the White House can we come for dinner? I was like, yes! It was certainly one of the highlights of my life.

I have a few fast questions that you can just answer quickly. What was the last meal you improvised to perfection?
Well, I just made a ricotta and fig cake that was pretty good! [Laughs.]

There you go!
A whole meal, I don’t know. That was lunch, actually.

Oh, you had a fig cake for lunch. I like your style.
[Laughs.]

It’s just a lot of air added to something that is usually delicious without air!
Ugh! It looks like spit! [Laughs.] It’s awful. 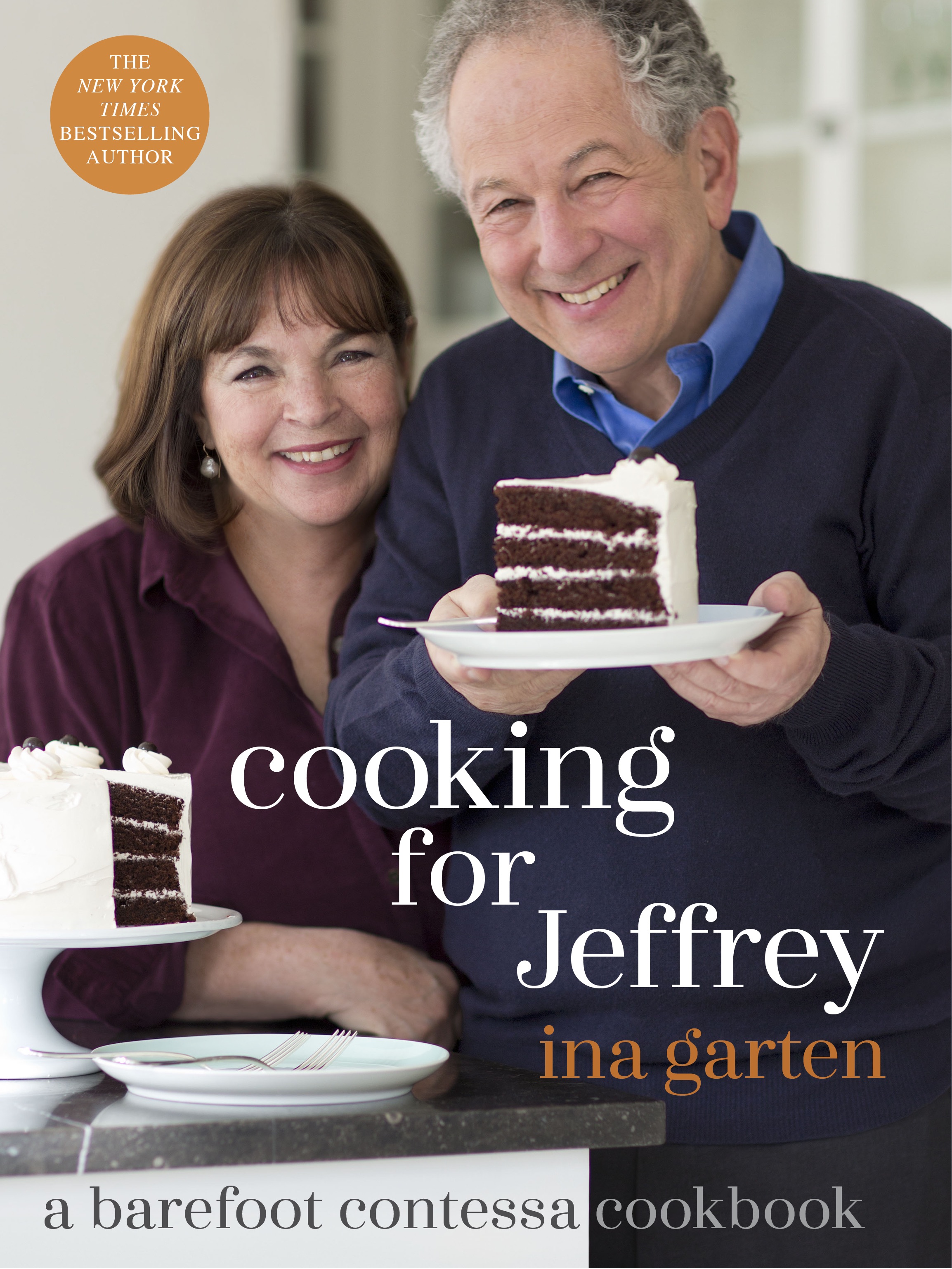