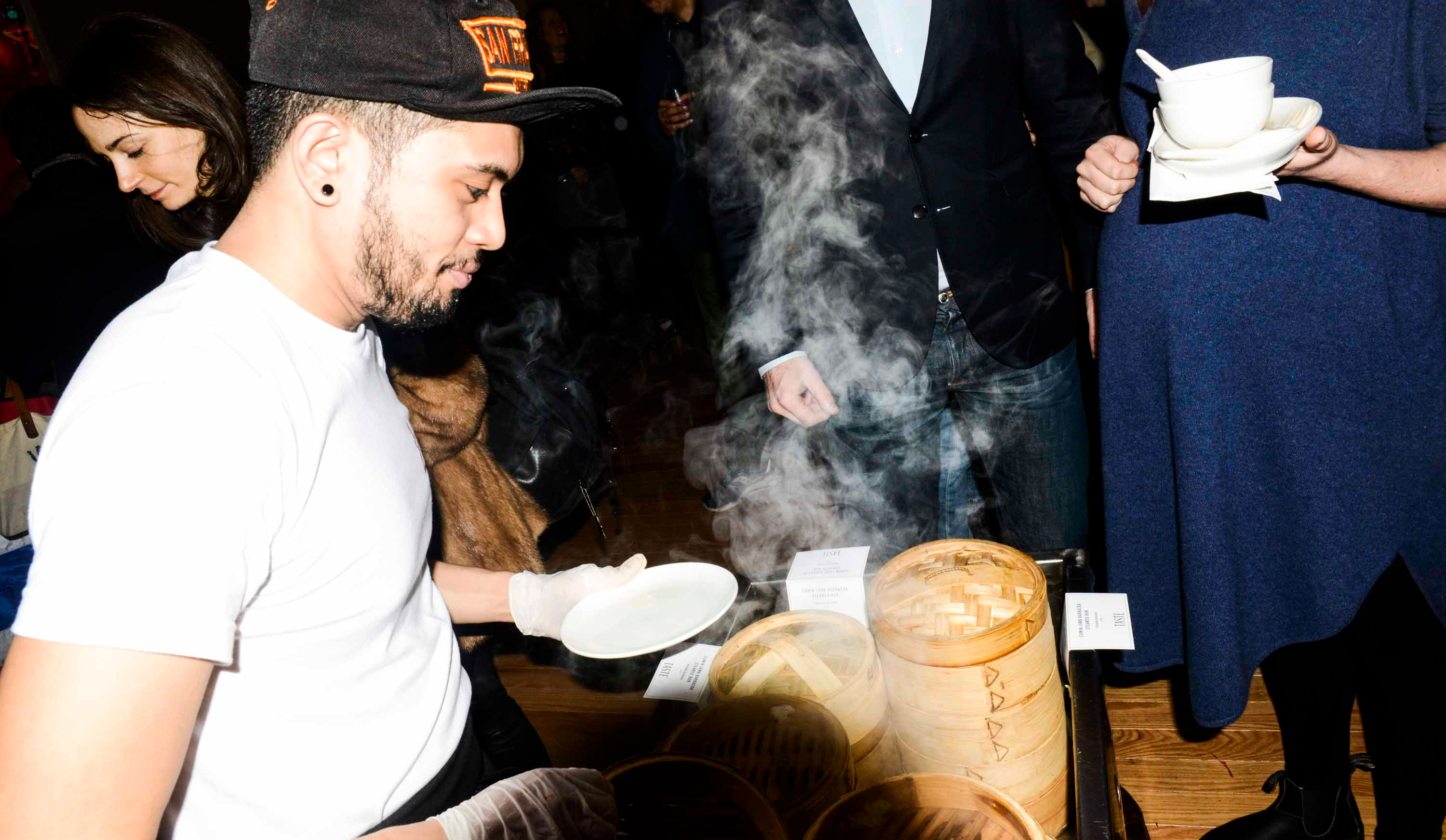 On February 7 we celebrated the launch of TASTE with a party at New York City dim sum hall Joy Luck Palace. The idea was simple: Ask some of our chef friends to prepare their creative versions of the traditional Chinese tea snack. Dumplings, buns, small cuts of braised meat—we had all the classic categories covered. But not necessarily in a traditional sense.

This party to celebrate our birth was a bash! There was a moment when the DJ played “Girlfriend is Better!” and people were feeling those drinks, and good vibes all around. The party was made possible with help from our friends at Red Boat Fish Sauce, Tilit Aprons, Phhhoto, and Mona Creative. Here’s some of what went down! Matt Danzer with tapioca dumpling with a pork and peanut filling