Get a free recipe
Subscribe
Duck Fat, Cassoulet, and the Birth of a Brooklyn Restaurant Empire
By: Matt Rodbard

On a very snowy New Year’s Eve in 1998, a young painter and bartender named Andrew Tarlow changed the course not just of the Brooklyn restaurant scene, but of the Brooklyn Brooklyn scene, when he opened a restaurant in the vestiges of an old Pullman railroad dining car. It was called Diner, and it was located on Williamsburg’s burned-out south side—a patchwork of abandoned warehouses and dive bars where you checked your knife at the door, a place inhabited by a community of artists who had recently been priced out of Manhattan, namely Chelsea and the West Village. Diner would be Tarlow’s clubhouse, where he welcomed the locals with strong drinks, cheap cheeseburgers, and improvised cooking from a talented young chef named Caroline Fidanza. On this cold night, the restaurant’s opening, Fidanza introduced her boss to one of the great cold-weather dishes in the world’s canon of rib-sticking and soul-warming edible things: the cassoulet.

“We had no heat, no power, and no cooking instruments, and it was one of the best meals of my life,” recalls Tarlow of that night, nearly 17 years ago, which he organized to feed a group of 20 friends and coworkers who had helped build the restaurant. He and Fidanza had made the dish in his apartment a few blocks down the street, and the pair walked the dish over in a couple of oversize cazuelas.

The cassoulet by nature is a dish fit for a celebration. It requires several days of planning, a hard-core trip to the butcher shop, and, well, labor. It starts with the confit of duck legs, an old-school preservation technique that has the cook slowly heating a lot of duck fat until it liquefies, then placing salt-cured duck legs into a bath of this golden bird butter and slow roasting for hours (see recipe below). There’s also sausage to make, beans to soak, beans to cook, beans to stir and cook more, and pork shoulder to cure. The cassoulet is the over-the-top marriage of all these individual techniques, brought together in a deep cast-iron vessel that shares the dish’s name and a combination of Provençal herbs, tomato paste, and chicken stock. Simmer for an hour, and rest overnight. The next day, the dish is ready to simmer, bake, and eventually serve. (Recipe below.)

“There’s a romance to this dish, and dinner that night had this feeling that it was coming from another place, not the bombed-out part of Brooklyn we were living in, but the South of France,” says Tarlow of the long-ago meal. “There was a sense of optimism during that dinner.”

Of course, Tarlow’s optimism during the Clinton administration eventually crystalized into a full-blown revolution—both food and commercial—for little old Brooklyn. While Diner is still happily open today in the same railroad car on the same street, Tarlow went on to open several other pace-setting establishments, including Marlow & Sons, Romans, and Reynard at the Wythe Hotel. All concepts cloned and cloned and cloned many times over, as New York’s most-populated borough (and America’s fourth-largest city on its own) has grown into a restaurant mecca. Tarlow and his talented foot soldiers, including Fidanza and longtime collaborator chef Sean Rembold, are to be given much credit for machete-ing through the wilderness.

Tarlow’s new book, Dinner at the Long Table, is a reflection on memorable meals, like the snowy opening night, that have shaped his life. A clambake on the rocky beach, or New Year’s Eve Eve fonduta—melty and made with a pound of Fontina Val d’Aosta from the Piedmont. “These meals happened on a yearly basis and were really all about the celebration.” He excuses himself for a second, and we overhear precise directions being given to an employee. “Sorry, we are doing a ramen pop-up for 150,” he says of a collaboration with Oakland’s Ramen Shop. It will most certainly be a party.

DUCK CONFIT
Confit duck legs can be drawn from the snowcap of fat to use in cassoulets, stews, and salads and can be stored for several months in the refrigerator. Duck or goose fat will be readily available at your butcher shop.

Directions
1. Season the duck legs with the salt, sprigs of thyme, peppercorns, and garlic. Place in a shallow container and let cure covered overnight in the refrigerator.

CASSOULET
Like many of the dinners in the book, cassoulet should be started a few days before you plan to share it with your friends. Finding enough time to prepare it will always be your biggest challenge. Keep in mind that cassoulet is a very rich dish, so smaller portions per person will do.

Directions
1. Two days before you plan to serve the cassoulet, season the pork shoulder with salt and pepper and soak the beans overnight in plenty of water. The next day, drain, rinse the beans, and put them in a large or medium pot with plenty of cold water, the sage, and the halved garlic. Bring to a bare simmer and cook for 1 hour. Cut the heat, add a handful of salt, and let the beans sit on the stove top while you proceed with the recipe.

2. Melt the duck fat in a pan over low heat and slowly brown the bacon on both sides until crisp. Transfer the bacon to a platter. Brown the ham hock on all sides in the duck fat and transfer to the platter with the bacon. Do the same with your pork shoulder. Slowly warm the confit duck legs in the fat and transfer to the platter. Let the legs cool slightly, then pick the meat and discard the skin and bones. Cut the pork shoulder into large cubes, with a good amount of fat left intact.

3. In an earthenware or heavy-bottomed pot, add the onions, carrots, celery, and duck fat from your pan, season with salt and pepper, and sauté until soft and golden. Add the tomato paste, mashing it with a spoon. Add the chicken stock and bring to a simmer. With kitchen twine, tie the parsley, thyme, and bay leaves together and submerge the herbs in the stock. Roll and tie the pork skin with twine and add to the stock. Add the beans and simmer for an hour, then cut the heat. Submerge the ham hock, pulled duck meat, pork shoulder and bacon into the pot of beans. Cover and refrigerate overnight.

5. Meanwhile, trim the crust from the baguette. Cut into cubes, spread out on a baking sheet, and bake until dry to the touch. Pulse the dried bread in a food processor until large crumbs form. Toss with olive oil and season with salt and pepper. Return to the baking sheet and bake until crisp and golden, about 10 minutes. Toss the bread crumbs with the parsley, sage, and oregano. Sprinkle the bread crumbs over the top of the cassoulet and bake for 30 minutes more. Remove from the oven and let the cassoulet sit on the counter for 10 minutes while you test your resolve. 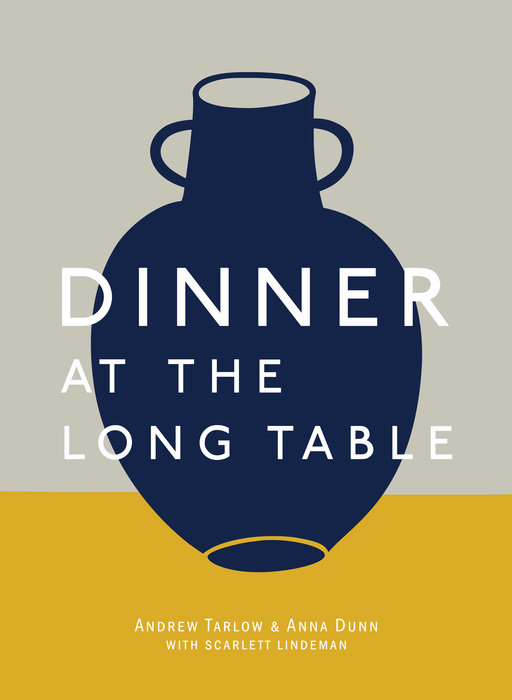