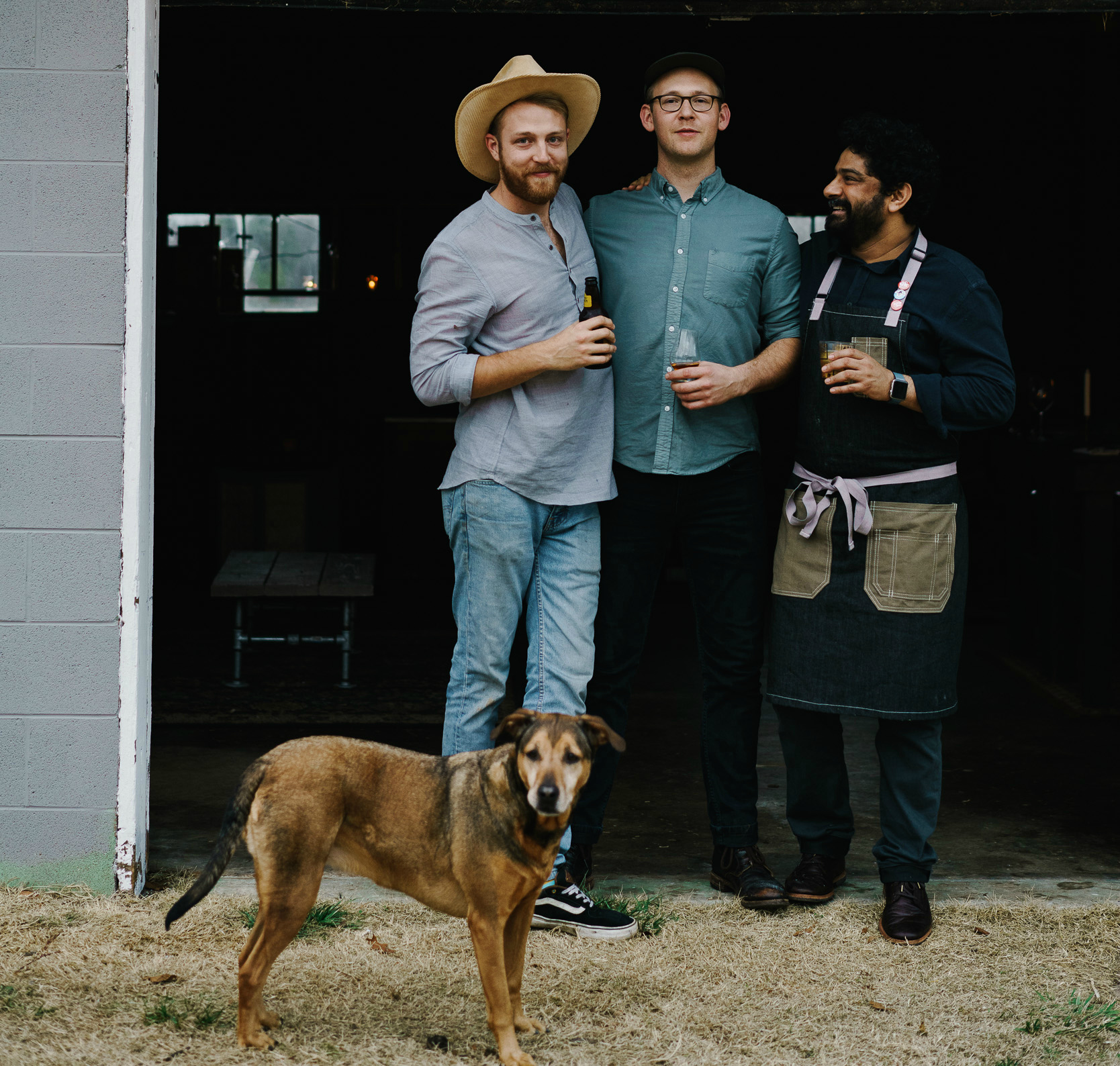 On a North Carolina mountainside, the chefs of Chai Pani introduce us to an exciting new era of Indian-American home cooking.

Meherwan Irani likes to joke that he didn’t eat Indian food until he moved to the United States at age 20. “We didn’t sit around saying we’re eating Indian food, because you’d never call it that,” says Irani, now 47 and the owner of progressive Indian-American restaurants in Atlanta and Asheville, North Carolina—Chai Pani and Botiwalla. “But if you had to pick one thing that represented Indian food as a whole, it would be chaat.”

“Chaat” literally means to lick your fingers, and it’s also the colloquial term for street food in India. With chaat, you may first think about crispy, crunchy samosas, tikkis, and pakoras. But chaat also extends to dishes like dahi vada (dough and lentil balls soaked in yogurt) and the wonderful bhel puri (puffed rice fragrant with cilantro, onion, and green chiles, tossed with tamarind chutney).

In the eyes of Irani, chaat is most at home in big cities, where immigrants from all over flock to find work, with many eventually opening little restaurants, cafés, or stalls popping up off busy streets. These industrious cooks bring puris from Pune and chickpea flour noodles from Gujarat, which collide in rows of steam and spice on the packed streets of Bangalore and Hyderabad. “What makes chaat perfect for a dinner party, and what we do at our restaurants, is there’s no rules.” At a recent dinner I was lucky enough to attend, it was clear we wouldn’t be frying the classics (“No samosas or crap like that here,” snaps Irani), but the meal would be based on the principal of chaat. Cooking without borders or restrictions. And what a dinner it would be. At Irani’s supremely awesome invitation, I traveled to Woodfin, North Carolina (a small town near Asheville), to cook an Indian feast at a friend’s house in the mountains. It wasn’t necessarily log-cabin living, but the crackle of musket fire could be heard in the distance, and large cuts of lamb were roasted over coals. Rare bourbons and Châteauneuf-du-Pape flowed.

Irani had suggested the setting to show me how he and his three chefs and partners—Mikey Files, James Grogan, and Daniel Peach—transcended the clichés of Indian home cooking. There was a stainless steel masala dabba (a traditional Indian spice box), brimming with coriander seeds and garam masala, but also a bottle of Old Forester Birthday Bourbon at the ready. The soundtrack was more Animal Collective than pulsing Hindustani sitar. Indian home cooking was kind of packed into a small box, Irani surmised, and he wanted me to enter his modern world on a chilly January afternoon.

At the sink, Peach (btw, the greatest last name for a Southern chef, am I right?) breaks down a box of mustard greens for a masala. Irani recalls as a kid going to the subzi mandi, or vegetable market, and shopping with his father before his mom would start cooking at 11. “She’d say, ‘Buy whatever looks good,’” he says, imitating his mother’s pronounced accent. “And like that, we saw that the mustard greens looked good, so we bought them.” (Irani’s mother, a source of inspiration for the chef both spiritually and in the kitchen, was born in Dehradun, a farming community in a fertile valley at the foothills of the Himalayas. Raised a Hindu Brahmin, she ate and learned to cook a mountain-style cuisine called Garhwali.)

On to the rice. Rule number one about rice in India is that if you’re having a feast, you make a pulao. That is, you don’t just make plain basmati rice. You jazz it up. “Nuts, raisins, silver leaf if you wanted to, add some onion, drop some fresh mint on top,” says Irani about the slightly fancy side dish.

Grogan, Peach, and Irani readying the grill for lamb kebab

And last but not least, we’re arriving at the leg of lamb. Irani and Grogan have rubbed the leg with a go-to marinade. “If anything’s going to be grilled in India, it’s going to have this particular flavor profile,” Irani explains, rapidly slicing ginger. In India, grilling typically happens in the north—home of the great tandoors. In the south, meat is more commonly braised. But that is my oversimplification. I ask Irani to explain the religious and geo-politics at play—related to meat consumption in a country of 1.25 billion, and he amazingly summarizes:

With its deep roots in Hinduism, the south of India is still primarily vegetarian. The people who do eat meat in the south are Christians—the missionaries that came over converted them and introduced beef and in some regions pork. Although meat consumption is on the rise in modern India, Hindus don’t eat beef, and Muslims don’t eat pork. Some Hindus in central and northern India will eat meat but only chicken or goat meat (referred to as mutton). Grilling meat is an outdoor-style activity and reserved for restaurants and street carts that clearly identify themselves as Muslim. Vendors are careful to stay in the Muslim quarter or do it out of sight, whereas cooking beef at home is more kind of personal. So you can be a Christian or Parsi family cooking beef at home and not violating other people’s aesthetics. But vendors grilling meat almost always do it outside, on the street.

The marinade itself is interesting to dissect, and pretty wonderful sloshed on a lamb leg (or any cut of beef) and set over coals for 90 minutes. There’s black pepper, curry leaves, tamarind—and plenty of ginger, garlic, and chile (essentially the mirepoix of South Asia). There is also soy sauce and vinegar in there, too. Soy sauce? Irani: “The Europeans that were trading up and down through the Polynesian islands eventually made their way up to India and brought with them the Asian condiment of soy sauce. So you’ll see soy sauce used in a lot of recipes, as well as palm sugar and vinegar, too.”

We retreat to a furnished garage and dig into the feast, which includes homemade rotis that we wrap around the meaty lamb meat. I ask Irani about the masala dabba he had been cooking from all afternoon, and how the spices had quickly and precisely woven together the feast like an industrial sewing machine. “The dabba is the cornerstone of the traditional Indian kitchens,” he says, sipping a glass of bourbon and flanked by his restaurant fam. “It’s very personalized. In fact, if my daughter got married, one of the wedding gifts or many of the wedding gifts she’d get would be the masala dabba. Engraved, with her name and the wedding date.” Would it be full or empty, I ask? “Empty. And her job now is to fill it with her spices. And the spices depend on what part of the country you are from.” Irani is quick to point out that most spices come from the south, where the lush tropical climate makes regions like Kerala famous for their black pepper, cardamom, and star anise plantations. However, different varieties and combinations are used in different styles of cooking. But in general, in the south green cardamom, black pepper, hing (asafetida), mustard seeds, curry leaves, dried red chiles, and coriander are more prevalent in the dabba. In the north, it’s garam masala, Kashmiri chile powder, fennel seeds, bay leaves, saffron, mace, cumin seeds, and clove.

As for the Appalachian dabba?

Spice, it seems, for an Indian chef setting roots down in North Carolina, springs eternal.

There’s a standard side of rice, and there is pulao—a fragrant and fancy bowl of rice laced with almonds, raisins and Indian spices.

Masala means “mixture,” and this is one fine combination of ginger, garlic, onions, and a flurry of delicious and fragrant Indian spices (turmeric, coriander, garam masala). We call for mustard greens here, but you can substitute with other leafy greens, like kale or spinach.

Roasting root vegetables is a tradition that spans the globe. Here’s a delicious and fragrant Indian take, where beets, carrots, and turnips are tossed with Indian spices and finished with lime juice. Not boring!

This Indian kebab marinade is equally perfect for a weekend barbecue or a Tuesday night dinner (and the marinade will keep in the refrigerator for up to four weeks and can be used with beef, lamb, or chicken). And soy sauce in an Indian dish? You better believe it. It’s natural umami and takes the lamb in a very interesting direction.