Get a free recipe
Subscribe
Why Is America So Obsessed With Thai Street Food?
By: Austin Bush 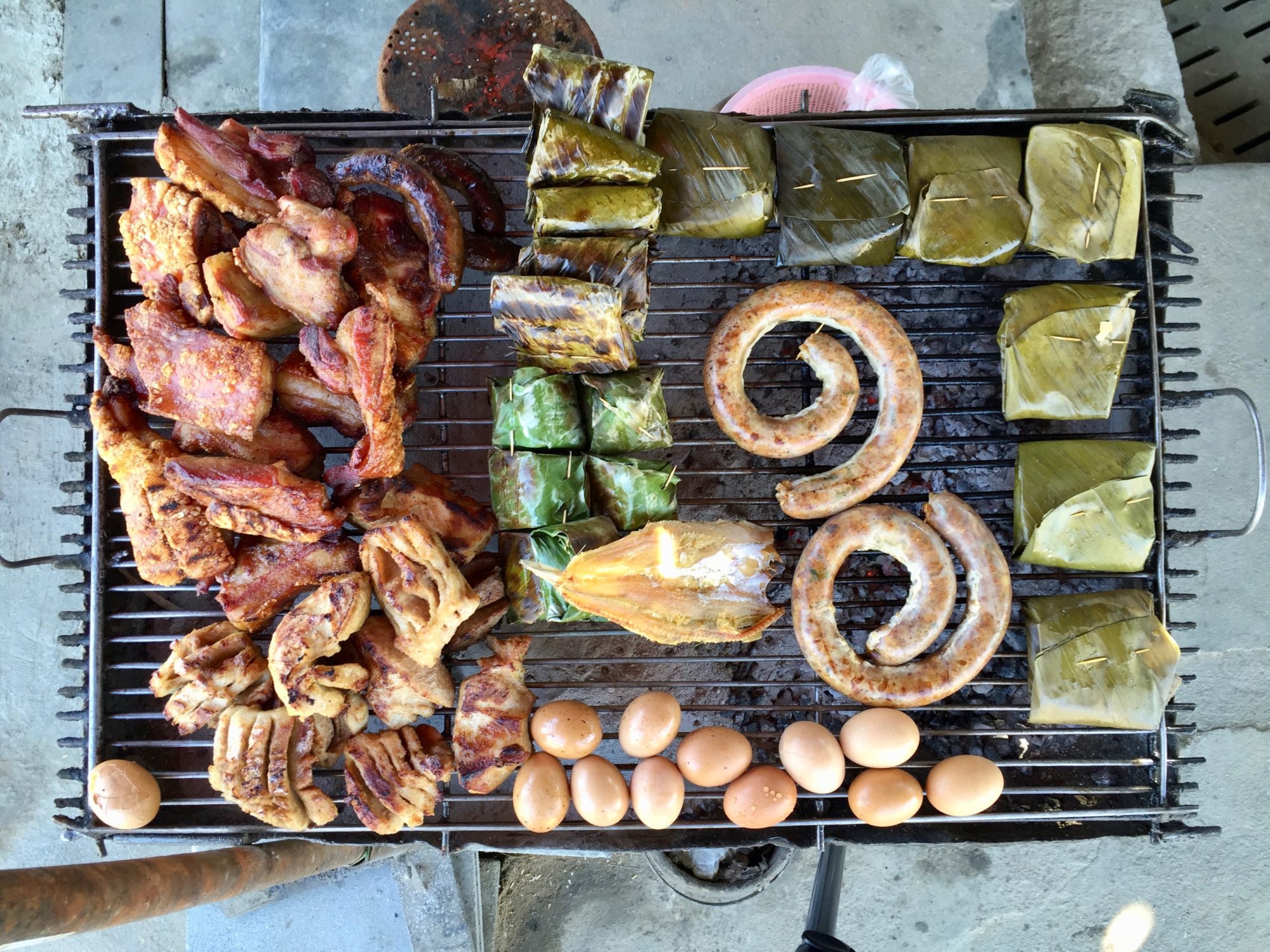 Thailand’s restaurant culture is as vibrant and varied as its street food—so why do Americans only talk about the street food?

Tortured yet charming puns will always rule when it comes to restaurant names (Appethaising, in Portland, Oregon, is a fave of mine), but I’ll bet good money that your local Thai place has the word “street” somewhere in its name or menu. I’d also wager that that Thai cookbook on your shelf has at least a couple recipes for so-called street dishes. How many listicles are out there that rank the best street food dishes in Thailand? TripAdvisor’s Bangkok pages are positively drenched with critiques of the city’s street food.

And as someone who lives in Bangkok and writes about Thai food—recently in a book, The Food of Northern Thailand—I’m constantly asked for my own picks for the city’s best street food. Yet I’m almost ashamed to admit that after nearly 20 years of living in Thailand, I rarely eat on the street. Some of this is due to comfort: Bangkok is hot, and at this point I prefer a meal that doesn’t leave me in a pool of sweat. But it also has to do with quality (more on that later). So where do I eat? Well, at restaurants. Stained, atmospheric shophouses where crusty cooks fry with lard, over coals; Vietnam War–era hotel-based eateries where the waiters still wear bow ties; Thai-Chinese dining halls, utterly void of interior design, that have served seafood to families on special occasions for decades; and semi-open-air buildings fronted by trays of raw ingredients where cooks make dishes to order. For me and many Thais, these are the places that serve some of the best food in Thailand.

Why, then, has road-based dining come to dominate the idea of Thai food in the U.S.? “Eating at a sit-down restaurant in Bangkok? That’s not adventurous,” explains author and Bangkok native Leela Punyaratabandhu. “Eating from a food cart on the sidewalk? That’s exciting! Food and travel shows reinforce this. Short-term visitors who report from the scene reinforce this. Local people directly profiting from this also reinforce it.”

Indeed, a big part of the appeal of street food is experiential, a notion that extends even to the U.S., where the vast majority of Thai restaurants have walls, a roof, and an address. “I attribute it to the romantic and/or exotic notions folks in the West have with eating on the streets,” says Andy Ricker, the chef-owner of Portland, Oregon’s Pok Pok restaurants. “We don’t really have a culture like this in most places, except maybe Los Angeles.”

Yet tightly bundled with this idea of experience is the sense that street food is somehow better—more “authentic”—a notion that’s essentially the opposite of what we used to think only a couple decades ago.

“Back when I was young, in the pre-food/travel show ’80s, whenever my mother entertained her American friends and business associates who visited Bangkok, they wouldn’t touch anything from a food cart with a ten-foot pole,” Punyaratabandhu says. “They were afraid of getting sick or being served something weird. Things, as we know, are different these days. These foods are now cool. Eating food on the sidewalk is also cool.” Our tastes are, undoubtedly, shaped by popular sentiment. Influential voices such as Anthony Bourdain have convinced us that a good meal doesn’t require a white tablecloth and an intimidating waiter; in fact, we’re probably better off without them. In 2019, the humbler the surroundings, it’s reckoned, the better the food—there’s literal street cred. Yet paradoxically, over the last 15 years or so, a handful of writers, talkers, and restaurateurs have taught us that Thai food, just like that of France or Italy, is not one homogenous entity; it’s hugely diverse, with variations among regions, ethnic groups, and social classes. Shouldn’t we have grasped by now that good food, whether at home or abroad, is available at a variety of venues?

“I think that it’s become a basic human need in the contemporary era to differentiate oneself,” suggests Kris Yenbamroong, the chef-owner of Los Angeles’s Night + Market restaurants. “It no longer suffices to say that you’re ‘into Thai food.’ One’s preference must further be defined within a subcategory—Thai street food, food of the southern Thai peninsula, central Thai food of a bygone era, Thai drinking snacks, et al.”

Muddying the issue is the fact that, in Thailand, street food isn’t as clear a concept as we might think. If a brick-and-mortar restaurant has a few tables that happen to spill outdoors, does this make it street food? What about a food cart that’s been wheeled indoors (an oddly common phenomenon in Bangkok)? Perhaps most tellingly, the Thais don’t even have a neat word for street food. Aahaan khaang thanon, literally, “food at the side of the road,” is as close as they get. But this term is clunky, isn’t used much, and refers mostly to mobile stalls and carts rather than semi-open-air spots. Even non-Thais seem to struggle with the term. Take the case of Soul Food Mahanakorn, a highly ranked eatery on TripAdvisor’s Bangkok pages. Of Soul Food, user Pbinks says, “[T]his is super amazing street food with tons of choices all in one place.” 588phis adds, “Soul Food serves very delicate Thai street food from different regions in Thailand.” But Soul Food has an address, indoor kitchen and seating, and a bar—meaning it’s a restaurant by just about any definition. How is this street food?

In Bangkok at least, the definition of street food became much more clear-cut in 2017 when the city government started forcing roadside vendors out of certain parts of the city in an effort to clean up its streets (an initiative called, triumphantly, “return the pavement to the pedestrians”). Virtually overnight, stalls, with their accompanying fold-up tables and plastic stools, and mobile carts that claimed sidewalk real estate, were gone; restaurants that happened to have a few outdoor tables were left untouched. The lines were drawn. The truth is, much of the food sold from mobile carts and stalls isn’t very good. Competition is so fierce and Thais insist on paying so little for their meals that many vendors are forced to cut corners and buy cheap ingredients. If you’ve ever seen the way street stalls are cleaned and stored overnight, you might reconsider eating at them. Thailand’s most ubiquitous street stalls are essentially mobile McDonald’s, with franchised brands and vendors following a corporate recipe and buying their ingredients from a central factory—the opposite of the “Grandma’s secret recipe” perception that many of us have. And if we’re talking strictly mobile food, the most common and beloved street dish for sale in all of Thailand must be those disturbingly pink hot dogs, which are grilled, steamed, or deep-fried at thousands of carts and stalls in virtually every corner of the country.

So if you find yourself in Bangkok, eat at a stall: It’s part of the experience and can be very tasty. But don’t neglect restaurants simply because they’re indoors. And don’t expect restaurants—in Thailand or the U.S.—to serve street food.