Get a free recipe
Subscribe
The World’s Best Braised Cabbage Is Better the Next Day
By: Scott Hocker Photos: Denny Culbert 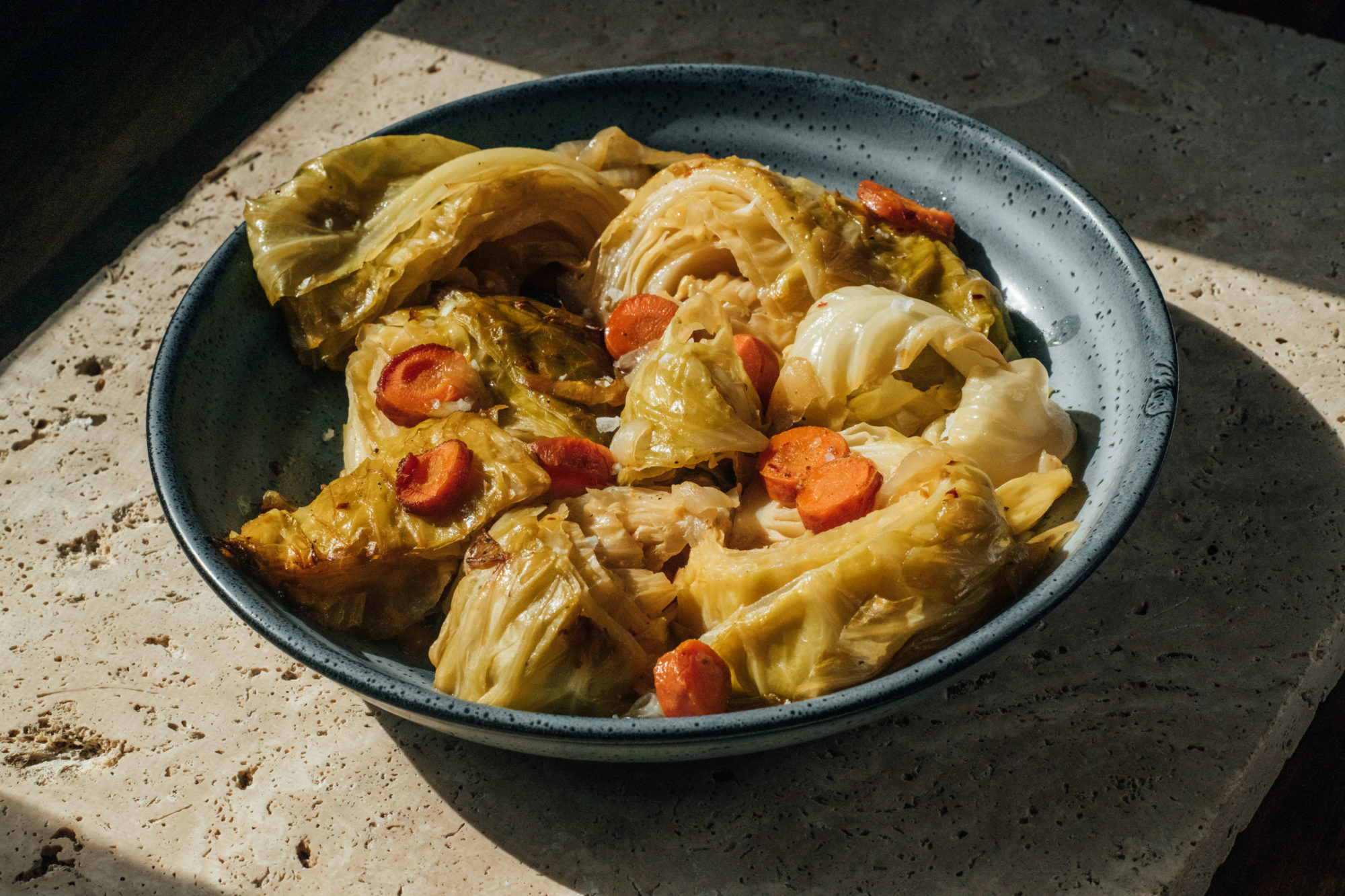 And Molly Stevens’ All About Braising is the classic cookbook that will get you to cruciferous nirvana.

I trust women cookbook authors more than men ones. Fair? Doubtful. Just? Perhaps not. Is my obstinate faith warranted? Without question.

There are exceptions. On both sides of the spectrum. Women authors whose dishes fail; men authors whose recipes succeed. I cook from many books authored by men. Most of the books I rely on, and turn to, and genuflect toward, are by women. Andrea Nguyen, the Claudias (Roden and Fleming); April Bloomfield; Julie Sahni; Anissa Helou, Jessica B. Harris, Naomi Duguid. Each of their books balances rigor and ardor. The recipes are precise, constructed with breathing room for improvisation. There is none of the aseptic long-windedness of too many science-blinded male authors. This is cookbook writing that is terse without being brusque, warm without being mawkish. No one better embodies this venerable style than Molly Stevens. Over the last 14 years, Stevens has produced only two books: 2004’s All About Braising and 2011’s follow-up, All About Roasting. Hers are some of my most used cookbooks. So much so, they are two of a mere 20 cookbooks that reside in my actual kitchen, above the hardwood counter and to the left of the stainless steel sink. The hundreds of others live on floor-to-ceiling shelves in my hallway. Near. Just not close, like Stevens’s books.

All About Braising and All About Roasting are encyclopedic, in the way approximately 500-page cookbooks are. Both commence with a detailed treatise on the cooking technique itself, followed by individual chapters on ingredients, such as beef, pork, seafood, lamb, and vegetables. Each book is compendious, too. Brief, concise. The recipes, tone poems. Stevens furnishes an optimal degree of instruction and detail. You feel like you are cooking, when you are only reading. Winter has anchored itself here in New Orleans, and I have again returned to Stevens’s braising guidance. What I cook most often is her braised cabbage, titled World’s Best Braised Cabbage in All About Braising. Hyperbole, this is not.

Common green cabbage, onion, carrot, salt, pepper, stock or water, oil, crushed red pepper. That is all. You cut the cabbage into wedges, slice the onion and carrot, then add the vegetables, along with the other ingredients, to a baking dish, cover it with foil, and let the oven’s steady, gentle heat cultivate a sauna. Inside the foil-capped dish, the cabbage basks in the humid, temperate environment. The vegetable acquiesces. It communes, under damp pressure, with the other ingredients. When the cabbage has gone fully tender, you raise the heat and brown the leaves’ surfaces. The sulfur becomes sweet; the ruffles toggle between collapse and char. Eat the cabbage with any kind of sausage and a punchy grainy German or French mustard. Or serve it with any kind of beans: cranberry; dal; frijoles de la olla. If you have leftovers, clap loudly. Because this, the world’s best braised cabbage, is even better the next day. I have plopped it cold next to a fried egg for breakfast. I have shredded it into slippery lumps, employed in a lazy take on pizzocheri, the rugged, cheesy buckwheat pasta dish from the far north of Italy.

I have become a better cook because of Molly Stevens. And her equally dependable, impassioned female peers. My conviction that, in general, women write better cookbooks holds fast. Maybe unjustifiably. Women deserve to have men erring in their favor. For once.