Get a free recipe
Subscribe
Who Invented the Pretzel?
By: Max Falkowitz 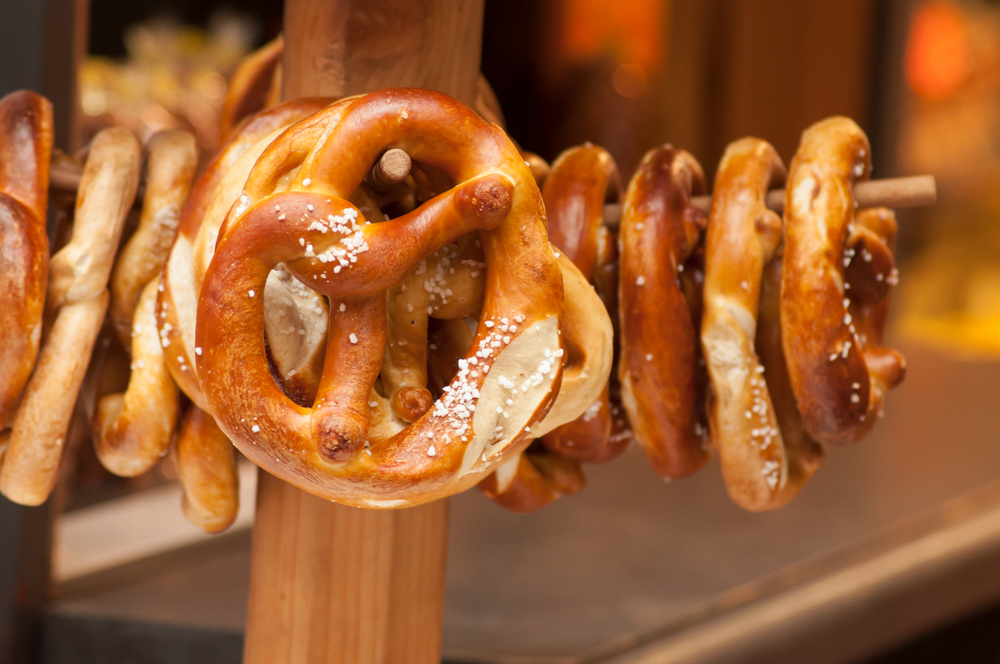 What the Catholic church has to do with your favorite bar snack.

Pretzels, hard and soft, go well with beer. And just like beer, they enjoy a rich monastic tradition. One legend suggests the pretzel is over 1,500 years old, dating back to 7th century Italy where a monk, as a treat for his students, folded a log of dough into a shape resembling crossed hands in a supplicating prayer position, and baked it.

The earliest written records of the pretzel are in the 1100s, where they appeared as illustrations in the margins of religious manuscripts. In medieval and Renaissance Europe, monks frequently made specialty food and drink items like bread and beer to fund their religious orders, and on top of that, carby treats like pretzels would often be given out as alms for the poor.