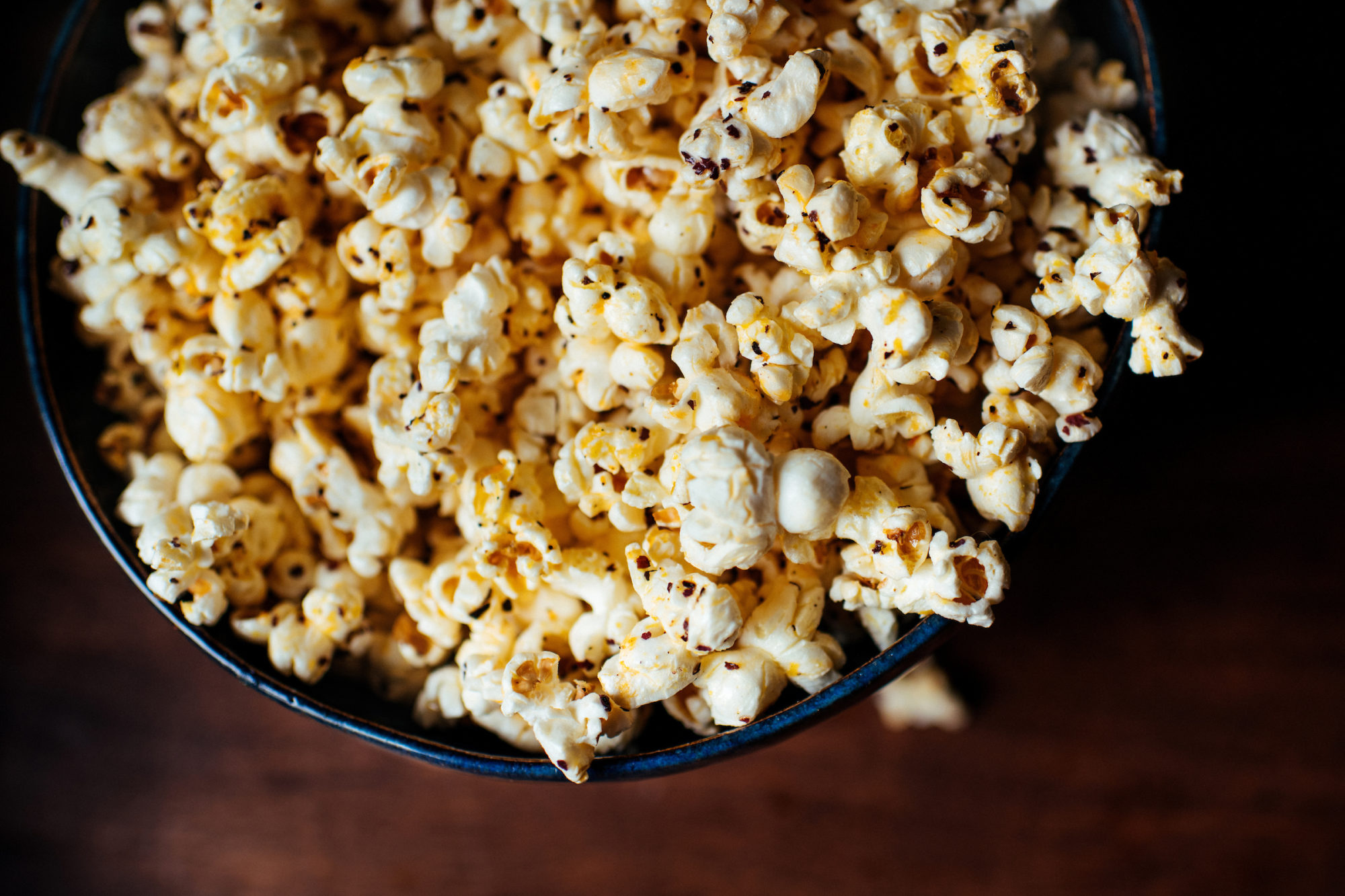 The treat is so ancient that archeologists have found popcorn fossils.

Charles Cretor of Chicago is often credited as the inventor of modern popcorn, thanks to his invention of the mobile popcorn cart in the 1880s. But the act of popping corn is much older.

Written records in English date back to the late 1840s, and at one archeological site in Mexico, researchers have found fossilized popped corn kernels over 5,000 years old—not surprising, since indigenous peoples in the Americas domesticated the corn plant 10,000 years ago. In the days before Cretor’s popcorn popper, cooks would simply toast corn kernels on a dry pan over an open fire until they popped; ancient preparations likely involved cooking the popped kernels with water into a starchy but nutritious paste.