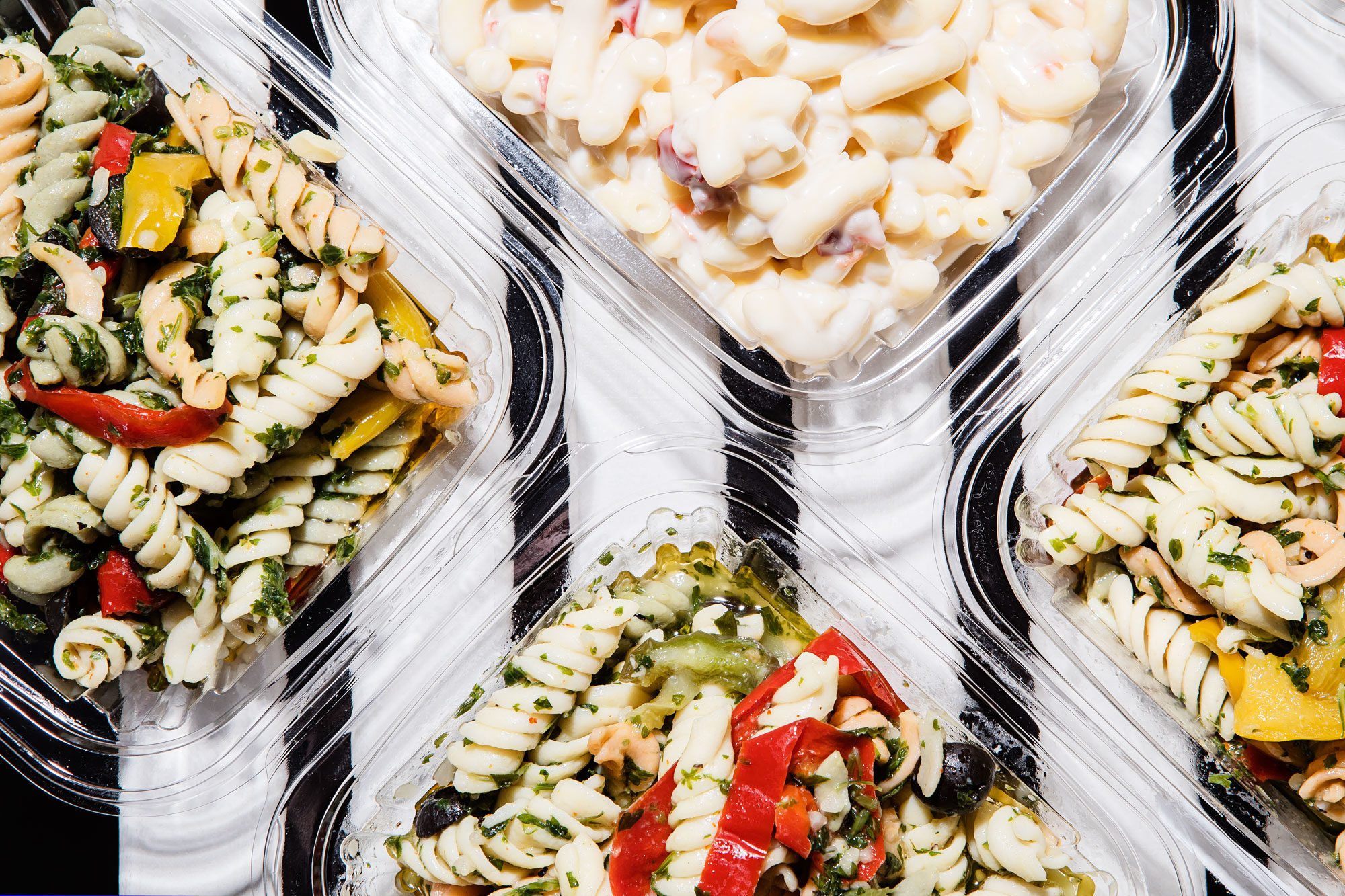 The muddled history of the unavoidable picnic dish.

Macaroni, the pasta, may be Italian, but macaroni salad, and really all pasta salads, are unapologetically American. Room temperature macaroni of any shape, dressed either with a creamy mayonnaise base or slick oil and vinegar, doesn’t appear in any significant Italian cooking tradition. However, American newspapers and cookbooks as early as 1914 started printing recipes for macaroni salads to be served on lettuce leaves, molded like jello, or mixed with other canned staples, like tuna and olives.

No one’s really sure who first came up with the idea, but we don’t think it’s a coincidence that just a few decades earlier in the late 19th century, immigrants from Germany propagated mayo- and mustard-dressed potato salads throughout the country. Macaroni, once considered an ‘ethnic’ Italian food that was just starting to assimilate into broader American food culture, was cheap, blandly starchy, and often beguiled cooks with questions about what to do with the leftovers.

Applying the logic of potato salad to leftover macaroni likely just made good sense, especially when you consider the broader popularity of mayo-based cuisine at the time, from tuna salad to elaborate molded concoctions. A Washington Post recipe published in 1930 even called the dish “mock potato salad.” As the century went on, the melting pot did its thing, and by the 1960s, macaroni salad was a paragon of American convenience food, both at home and in delis across the country.