Get a free recipe
Subscribe
Is White Chocolate Actually Chocolate?
By: Max Falkowitz 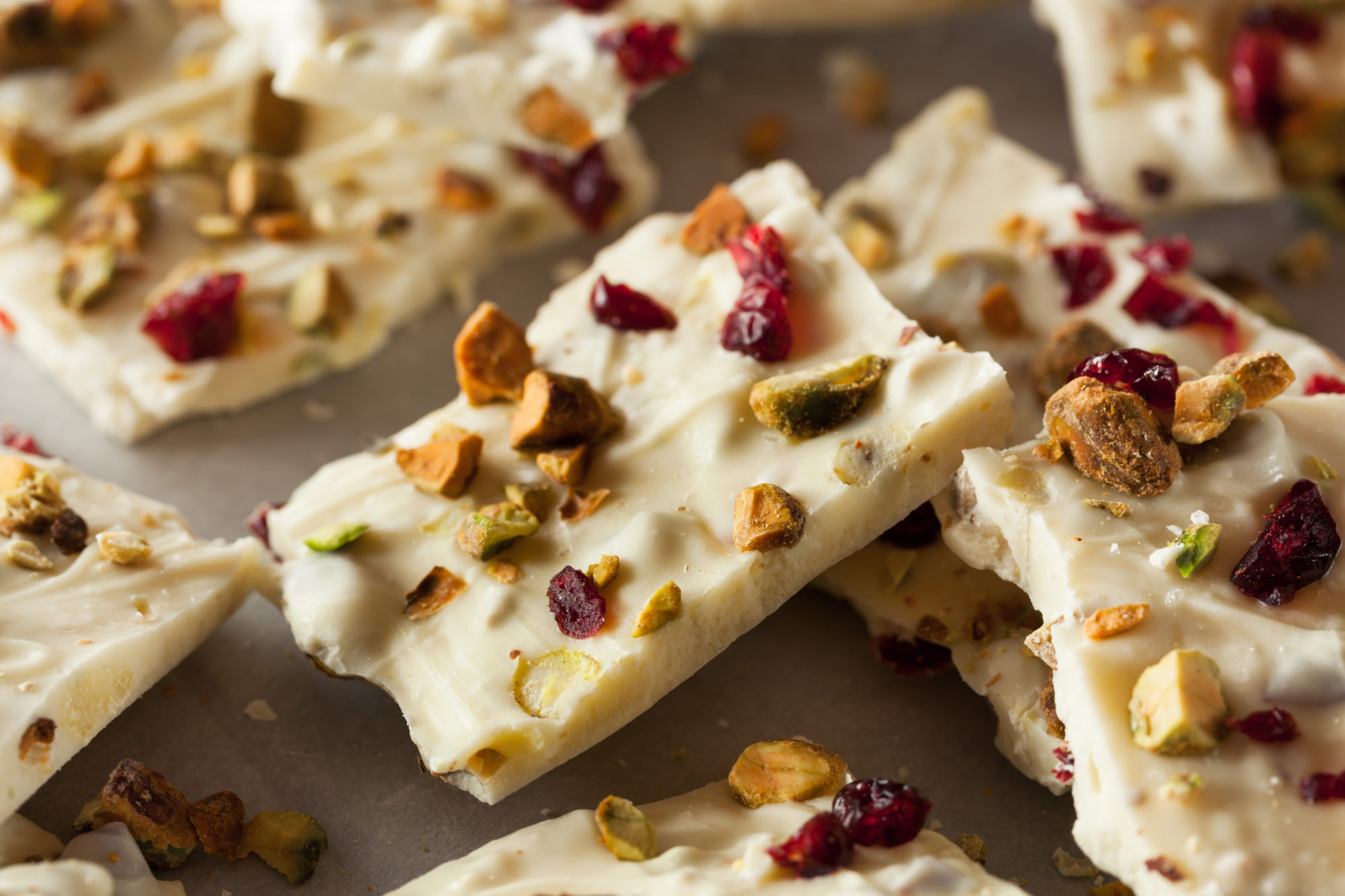 Technically speaking, yes it is, and we have a surprising source to thank.

If you ever want to drive your chocolate-snob friend crazy—you know, the type that brags about the cocoa percentage on their bars—go ahead and tell them this. No matter how much they may hate it (and contrary to the rumors), white chocolate totally is chocolate. At least in the U.S. as of 2002. Prior to 2002, the Food and Drug Administration required products sold as chocolate to contain a certain amount of chocolate liquor, the flavorful brown essence of the cacao nib.

White chocolate, which is only made with cocoa butter, not cocoa solids found in chocolate liquor, had to be labeled as “confectionary.” But to get a boost on the competition’s white bars, the Hershey corporation lobbied the FDA to change its ruling. These days, white chocolate really is chocolate, so long as it’s at least 20 percent cocoa butter, 14 percent milk solids, and 3.5 percent milkfat. Revenge against the chocolate snobs has never tasted so sweet.