Get a free recipe
Subscribe
Where Does Dim Sum Come From?
By: Max Falkowitz 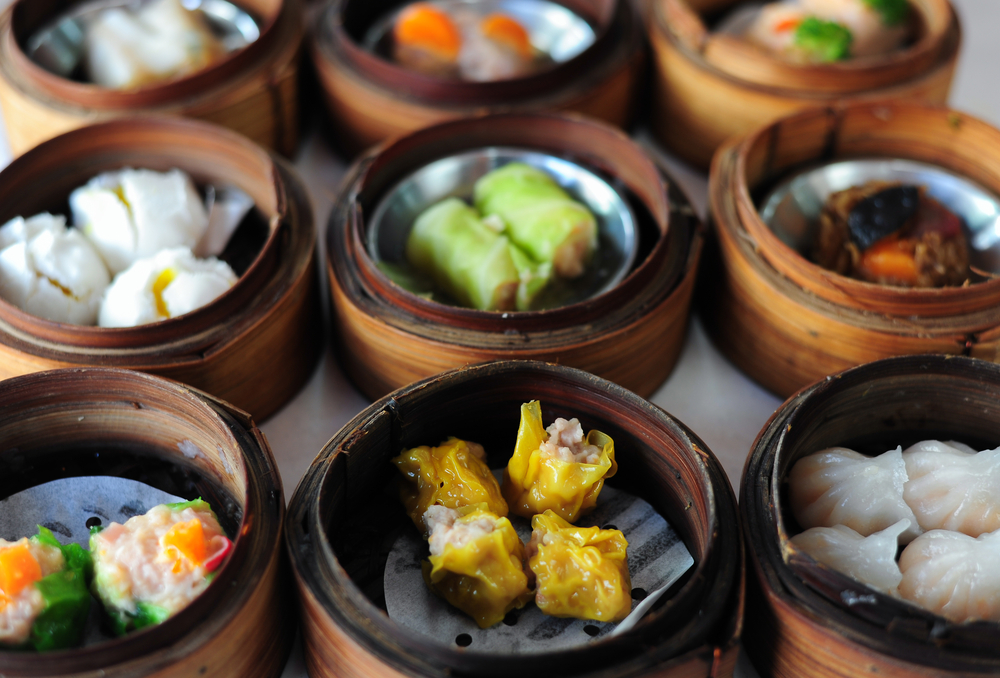 The history of Cantonese brunch beyond your favorite dumplings.

The most important thing to know about dim sum—that Cantonese morning meal of small steamed and fried bites like shrimp dumplings and turnip cakes—is that it’s not actually called dim sum. The name of the meal is really yum cha—literally “drink tea” in Cantonese—and that name tells us a lot about where it comes from.

The history of dim sum stretches back thousands of years to the early days of the Silk Road, an ancient network of trade routes that meandered through China and Southeast Asia, the Indian subcontinent, the Middle East, and Central Asian nations to the Mediterranean. Traders carrying fabrics, jewels, and spices on horseback through southern China needed places to rest, so tea houses sprung up in small cities like Hong Kong to provide travelers a place to kick up their feet and regain their energy with a cup of tea. Many of these houses also served small bites of food: dishes that could be made in large batches, then cooked throughout the day as customers passed through.

These little tea snacks came to be known as dim sum and saw a surge in regional popularity when royal kitchens were inspired by the idea and applied it to their luxurious palace meals. Ultimately, dim sum—the food—is only a small part of the dim sum experience. The core of the tradition is the idea of a leisurely morning with tea, with food and conversation supplementing it in equal measure.

Also read: You’re Invited to Join the Cult of Dace