Get a free recipe
Subscribe
When Is It Okay to Cook With Frozen Vegetables?
By: Matt Rodbard & Daniel Holzman Photos: Denny Culbert 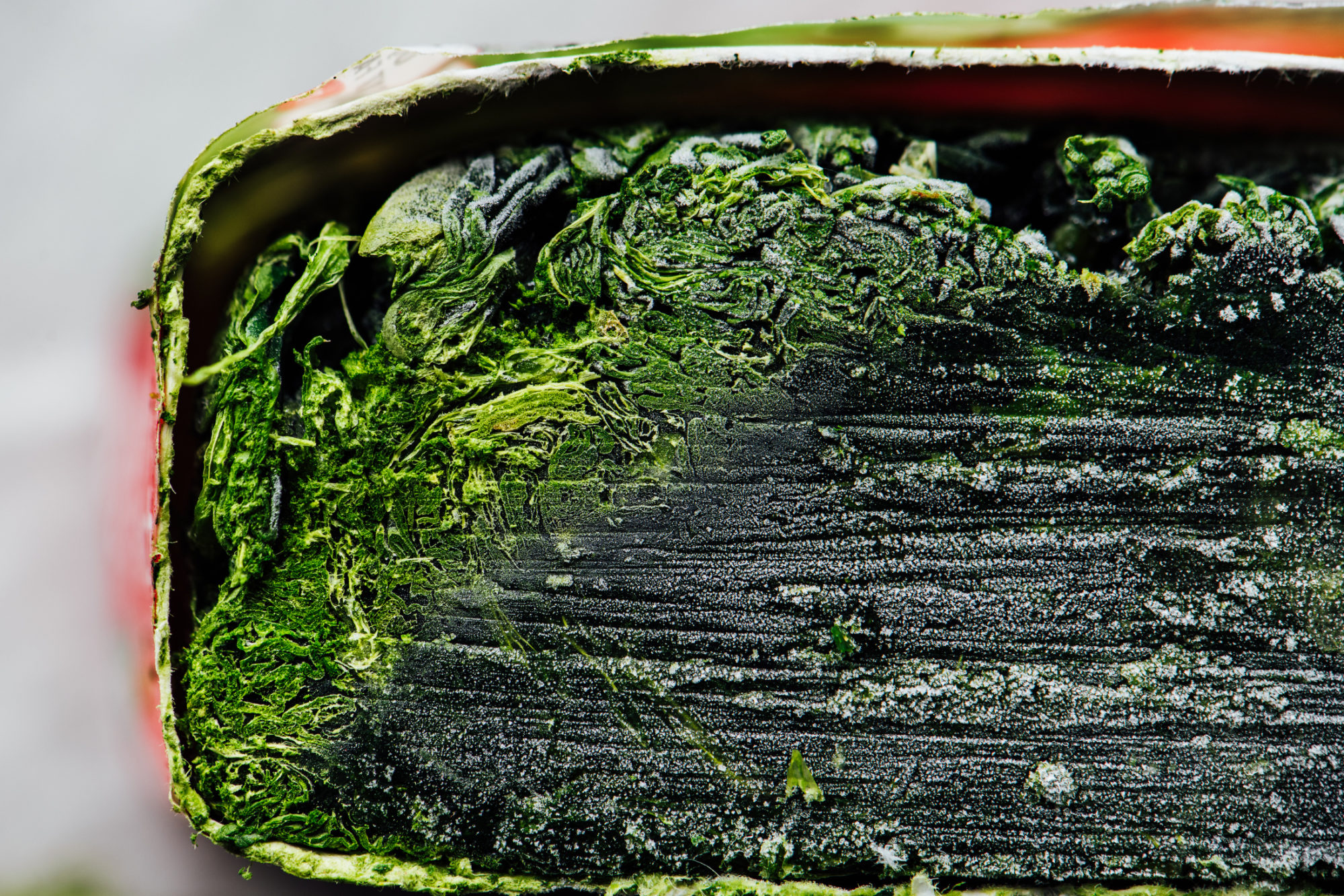 A chef and a food writer wouldn’t dare suggest you hit the microwave defrost button. Oh, but they do.

Now onto the longer one. Some vegetables freeze better than others. And depending on how you plan to use the veggies (snap peas served raw in a salad, spinach braised in a stew, cut potatoes French-fried in oil), the choice of fresh or frozen will influence the final dish in a number of ways. But overall, cooking with frozen vegetables saves time, often money (though they aren’t as cheap as you would think), and are good for pulling together quick meals when you are in a pinch: yakisoba stir-fry with green beans or braised spinach and lentils with rice come to mind.

Generally speaking, the biggest issue with freezing is texture, not flavor. As the water inside a vegetable’s cell freezes, it forms sharp, crystalline structures that expand—slicing trillions of microscopic cuts and rendering the thawed veggies relatively mushy or mealy. Fine in soups, not fine in salade Niçoise.

Therefore, the presence of water is key when determining if a previously frozen vegetable will pass muster; drier veggies, such as carrots, tend to freeze better than wetter veggies, like onions. But the most important factor in determining whether to go fresh or frozen is your dinner guests’ expectations.

Legumes that are soft and inherently mushy, like English peas, freeze better than snow or snap peas, which are typically served with a pleasing crunch. But which veggies freeze best? Luckily you don’t need to be a scientist and know about crystalline structures to decide what to make for dinner. Carrots, sweet corn, and spinach all work great. Start there. French fries are perhaps the best example—the frozen variety is almost always better than their fresh compadres. And please (this is the entire point of this column) don’t be afraid to try them out and see for yourself. That brick of frozen asparagus is really, truly your friend. We recently found ourselves in the freezer aisle of Daniel’s local Key Food supermarket in Williamsburg, Brooklyn, and decided to test our luck with a vegetable-centric recipe that traditionally is made with fresh veggies: spring vegetable risotto. The recipe relies on both the fresh flavor and varied texture of the veggies to cut through the rich and starchy rice, which is cooked slowly with butter and finished with a fistful of cheese for maximum creaminess.

We worked with all frozen vegetables (Birdseye brand asparagus, petite peas, and spinach) and were pleasantly surprised with the quality of the resulting dish. The asparagus stalks, in particular, were monsters and a really inviting shade of green. And yes, they held the slightly left-of-mild-center flavor that kids loathe and adults covet. As a jaded chef whose restaurants work with mostly local and seasonal vegetables and a food writer who is constantly reading and writing about the virtues of quality ingredients, we wholeheartedly expected to be underwhelmed by the outcome. On the contrary, however, the risotto was a real treat: flavorful and embodying a texture that rivaled the farmstand vegetable cooking that you last saw hyped in Ruth Reichl’s Twitter stream.