Get a free recipe
Subscribe
What’s A Ripper Hot Dog?
By: Max Falkowitz 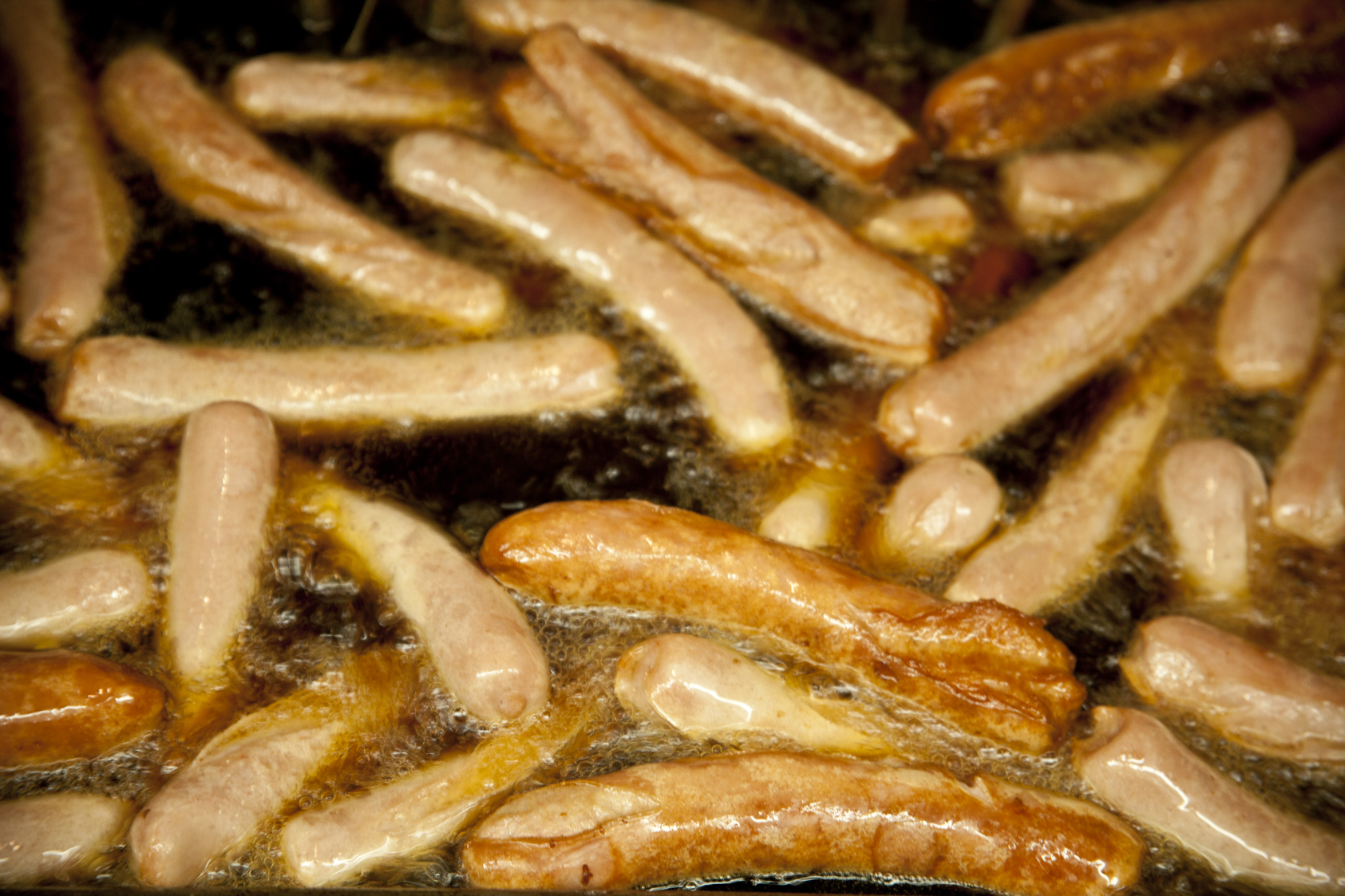 Get to know one of the country’s stranger regional dogs.

New York and Chicago may be the best known hot dog regions of the U.S., but the real capital of the American dog is New Jersey, which is home to at least half a dozen distinct regional styles found virtually nowhere else in the country. One of these is the ripper: a natural casing hot dog cooked in a deep fryer until rising steam pressure causes sausage to burst open from within, not unlike a certain alien parasite from a certain ‘70s space horror movie.

The rupture becomes flooded with boiling oil, transforming the dog’s tender interior to a craggly crispness that goes along with the snappy, nearly crunchy casing. Rippers are the invention of Royal and Anna Rutt, the original owners of the Rutt’s Hut in Clifton. The opened the stand in 1928 and introduced the ripper soon after, propelling the Rutt name to immense hot dog fame. As to whether the ripper dog played a role in that chestbursting scene in Alien 51 years later, James Cameron was not available for comment.

Also read: The Deep Pleasure of a Steamed Hot Dog