Get a free recipe
Subscribe
What’s the Difference Between Mexican and Spanish Tortillas?
By: Max Falkowitz 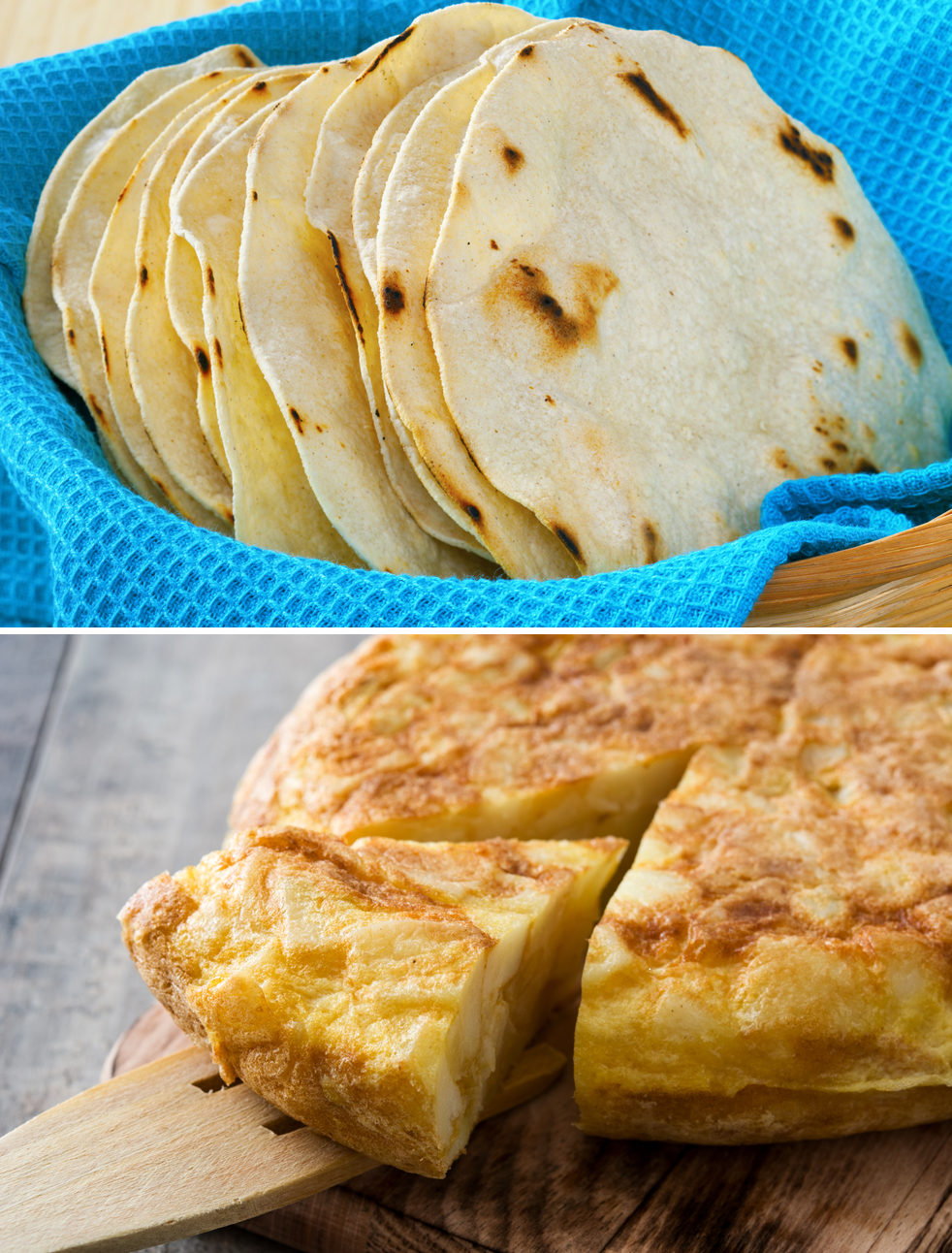 How two totally different foods found themselves with the same name.

Depending on which side of the Atlantic Ocean you live on, the word “tortilla” refers to one of two vastly different foods. In the Americas, tortillas are flatbreads made of wheat or corn. But in Spain, and by extension most of Europe, the word “tortilla” immediately recalls a thick Spanish omelet filled with thick slices of potato.

The Spanish tortilla is really an eggy pie, akin to a frittata or encrusted quiche, and is typically served room temperature in wedges for breakfast or as a tapa. When Spanish invaders encountered indigenous Latin American corn flatbreads, called tlaxcalli in the Aztec language Nahuatl, the vague structural similarity of a round-and-flat-thing-you-put-in-your-mouth was enough for the name tortilla to stick. It’s not the first case of a foreigner botching a name so badly they invent a new name altogether, but it’s one of the most renowned and bizarre. Well, at least both words start with the letter t.