Get a free recipe
Subscribe
What’s the Difference Between Greek and Turkish Coffee?
By: Max Falkowitz 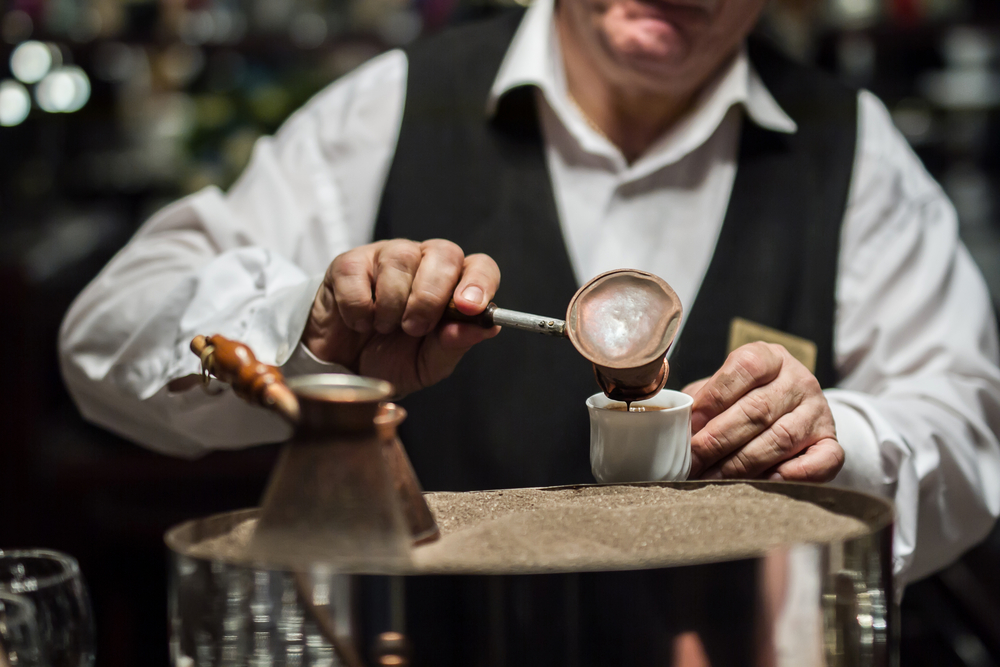 Don’t tell the Turks and Greeks, but they’re more similar than different.

Crowned with dark foam, delightfully bitter, and silty as fresh soil, there’s nothing like a tiny cup of bracing Greek coffee. Or do you mean Turkish coffee? Or Arab coffee? If you’re not sure, nod along and agree with whatever the person serving you says, because the last thing you want to do is suggest somebody else makes better coffee. Deep down though, all these coffees are more alike than different.

They begin with dark roasted beans ground into an extra fine powder that then gets mixed with water in a small copper-coated side-handled pitcher and heated directly on the stove. In Greece it’s a briki. In Turkey it’s a cezve. And in the Arab world it’s usually called a jadwha. But in each case, the coffee and water are heated until they foam up and boil over. The pitcher’s taken off the heat so the foam can settle, and the process may then be repeated once or twice. The pitcher’s conical design allows you to decant the brew while keeping most of the grounds in the cup, and the inky coffee is then topped with that precious frothy foam.

If you order sweetened coffee Turkey, it’s traditionally brewed with sugar right in the cezve, while in Greece and in Arab countries, sugar’s added afterward. Arabic-style coffees also may get spiced with cardamom or cinnamon, which less less common in Turkey and Greece. But otherwise, and again, don’t say this in mixed company, they’re basically the same thing.