Get a free recipe
Subscribe
What’s the Difference Between a Crisp and a Cobbler?
By: Max Falkowitz 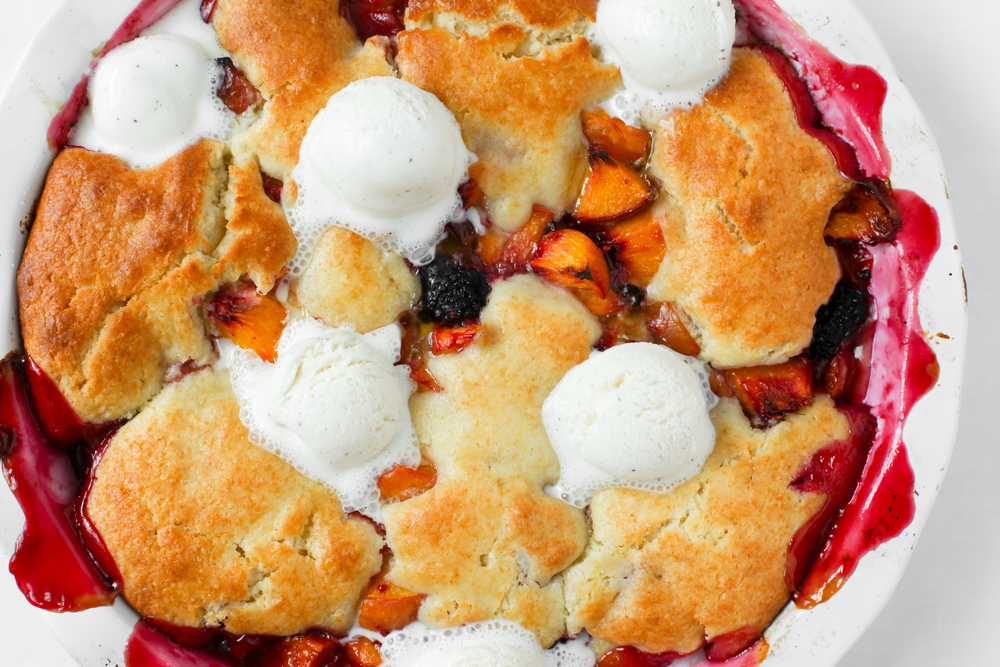 The terms “crisp,” “cobbler,” and “crumble” often get used interchangeably, but if you dig into their origins, they’re fairly distinct desserts. Both crisps and crumbles are baked fruit desserts with a buttery streusel topping. Historically, crisps used oats in the streusel, while crumbles used other elements like walnuts or simple flour. (Not bread crumbs, though—that makes it a pandowdy.)

Cobblers, on the other hand, don’t have a streusel at all. They’re fruit desserts topped with biscuit dough that forms a lumpy, cobblestone-like surface across the pan, with bits of fruit poking through the top. Swap the biscuit dough for cake batter and cover the fruit more evenly and you have a buckle.

Or if you really want to have some fun, skip the oven altogether and cook your fruit and biscuit or dumpling dough topping in a lidded cast-iron skillet on the stove. That’s called a grunt, named after the sound the fruit makes as it bubbles away on the stovetop.