Get a free recipe
Subscribe
What’s the Difference Between Condensed and Evaporated Milk?
By: Max Falkowitz Photo: Yossy Arefi 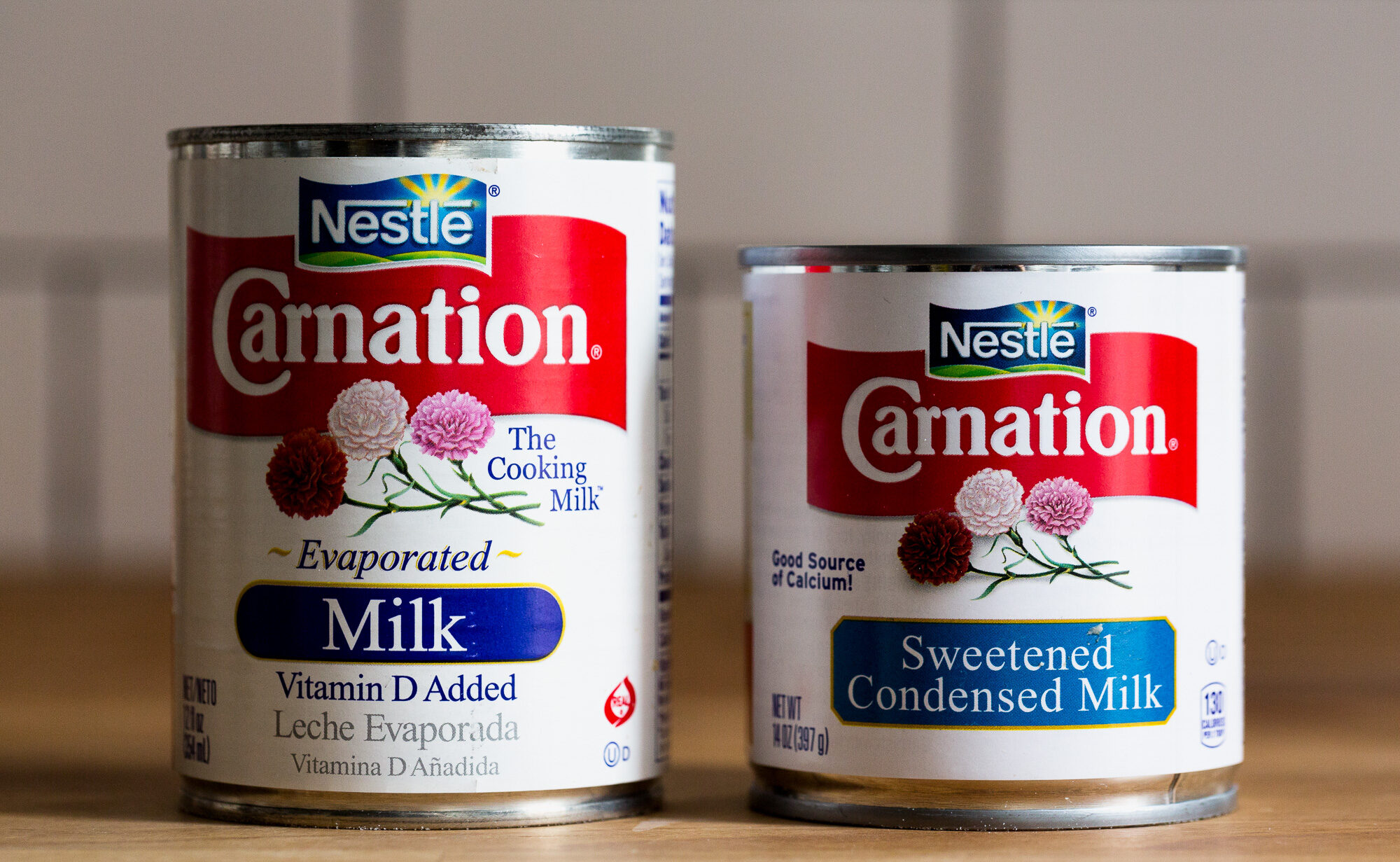 Don’t plan on substituting one for the other in your recipe.

If you’re ever short on pantry supplies and are thinking about swapping the condensed milk in your recipe for evaporated, we have bad news: you’ll need to head to the grocery store. Condensed and evaporated milk are similar canned dairy products with a couple critical differences that prevent you from substituting one for the other.

Both have had 60% of the water content in a batch of milk removed and are cooked in their cans at high temperature. But condensed milk is mixed in roughly equal amounts with sugar, producing a thick, viscous syrup that’s intensely sweet. Evaporated milk is canned without sweeteners, so it’s still rich but flows free from the can. Without that sugar to bond with water in the milk, cans of evaporated milk must be cooked for longer than condensed, and the extra cooking develops a subtle dulce de leche flavor in the can—a taste you won’t find in condensed milk.

Also read: Mexican Desserts and the Magical Can