Get a free recipe
Subscribe
What’s the Difference Between Coconut Cream and Cream of Coconut?
By: Max Falkowitz 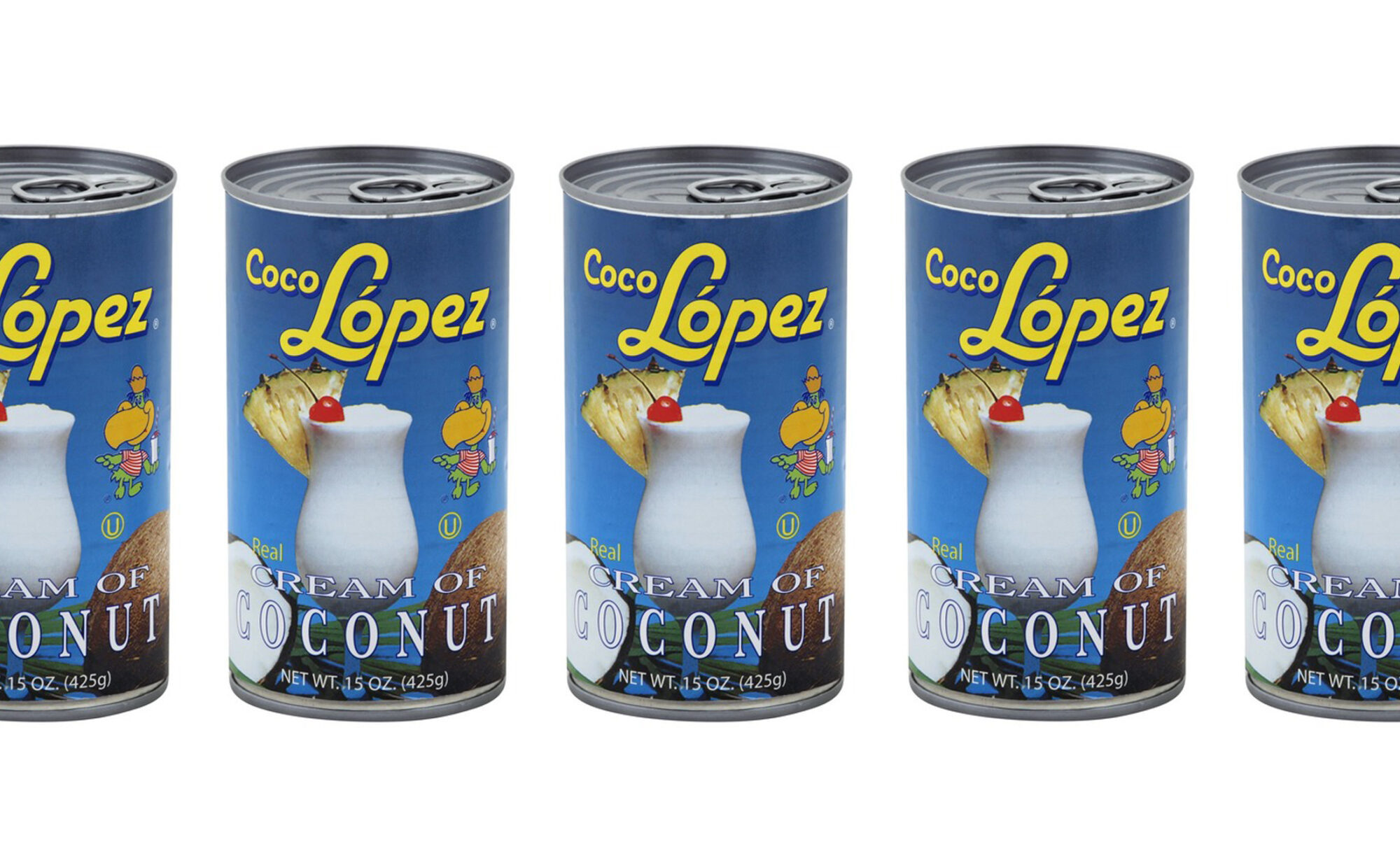 How to avoid piña colada peril at the supermarket.

In 1949, the Puerto Rican scientist Ramón López Irizarry discovered a method that improved the arduous task of extracting cream from pulpy coconut meat. Coconut cream was (and remains) a staple of Puerto Rican desserts, and the local government awarded Irizarry a grant to find a way to improve the extraction process for Puerto Rican manufacturers. He found that adding an equal weight of sugar to the coconut pulp greatly improved the efficiency of extraction, and soon went on to commercialize this sugary cream as Coco Lopez, aka cream of coconut, the bedrock of the piña colada.

Similar name aside, cream of coconut is a totally different product than coconut cream, which is simply coconut milk with a higher proportion of coconut solids to produce a high-fat, whippable substance—but without any sugar. And don’t confuse either of them with *creamed* coconut: a solid block of pureed coconut pulp that you can melt into sauces like buttah.