Get a free recipe
Subscribe
What’s the Difference Between Baby Back and St. Louis Ribs?
By: Max Falkowitz 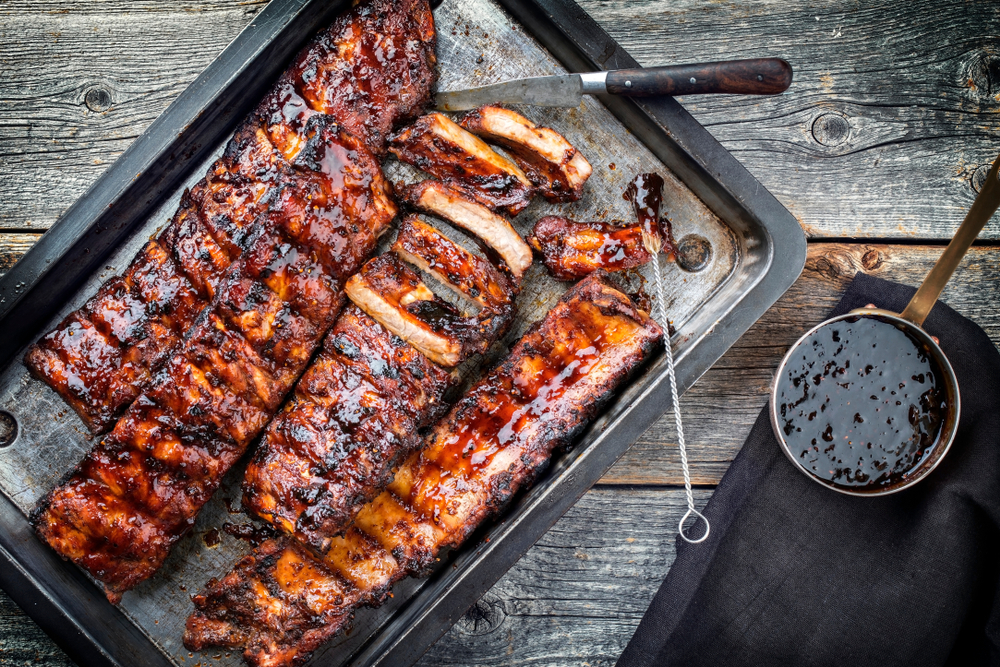 How to pick the perfect rack for your barbecue.

Because nothing is easy and simple in this oblique, uncaring universe, the USDA’s labeling system for different cuts of ribs makes about as much intuitive sense as the term “A4 copier paper,” which, when folded twice, is designed to fit in a C6 envelope. Well, the baby back part is a little sensible. It refers to ribs from the back of the pig, just off the spine and above the loin. Baby back rib muscles don’t get much of a workout during a pig’s life, so the meat is mild, quick-cooking, and tender, ideal for fast grilling or baking in the oven.

St. Louis ribs are from lower on the hog and trimmed into a rectangular shape. The individual ribs are larger and more meaty in taste and texture, but as they have more connective tissue and tough muscle, require longer cooking time through smoking or braising. According to the St. Louis Post-Dispatch, not even the National Pork Board knows why St. Louis ribs are called St. Louis ribs, other than that’s what a lot of butchers call them.

The term became official government diction in the 1980s, when a USDA employee named Steve Olson couldn’t contain his elation over the St. Louis Cardinals beating the San Francisco Giants in a playoff game and decided to give the popular butcher’s name an official designation.