Get a free recipe
Subscribe
What’s a Crab Fluff?
By: Max Falkowitz 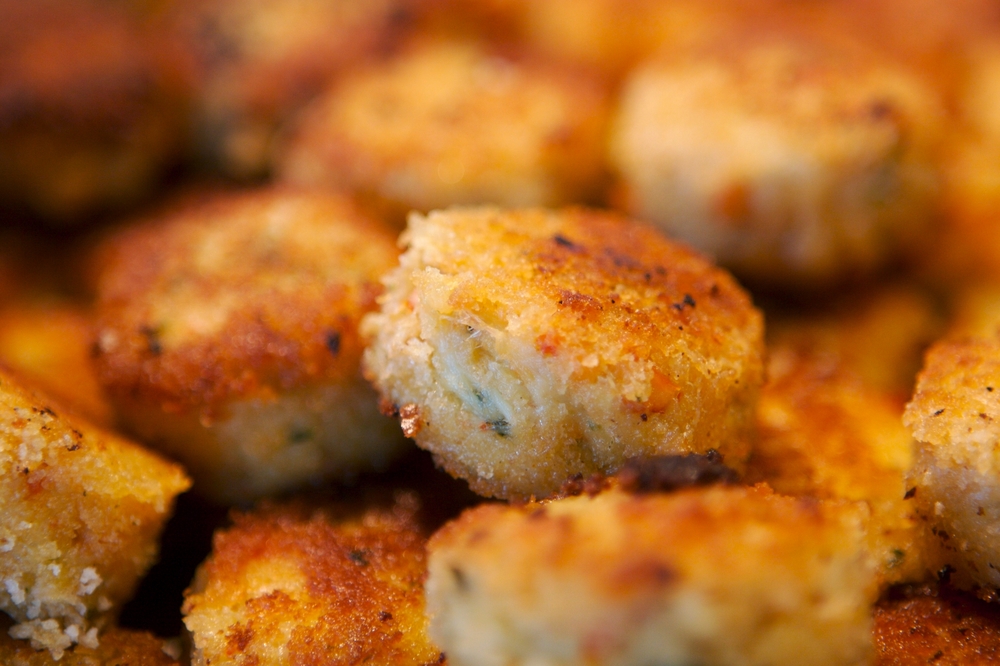 Also called the crab *puff*, the fluff is one of those deeply regional foods almost completely unheard of outside Maryland borders. It’s basically a crab cake dipped in batter and deep fried, where it puffs up and floats in the oil, hence the name. A 2001 article from the Baltimore Sun suggests that the first crab fluff might have been a soft shell crab stuffed with additional crab meat before getting battered and fried, but generally, crab fluffs are more amorphous nuggets, similar to another local snack, the coddie, made of mashed potato, egg, salt cod, and saltines.

Also read: The Crabbier the Rice, the Better