Get a free recipe
Subscribe
What Is Texas Barbecue?
By: Max Falkowitz 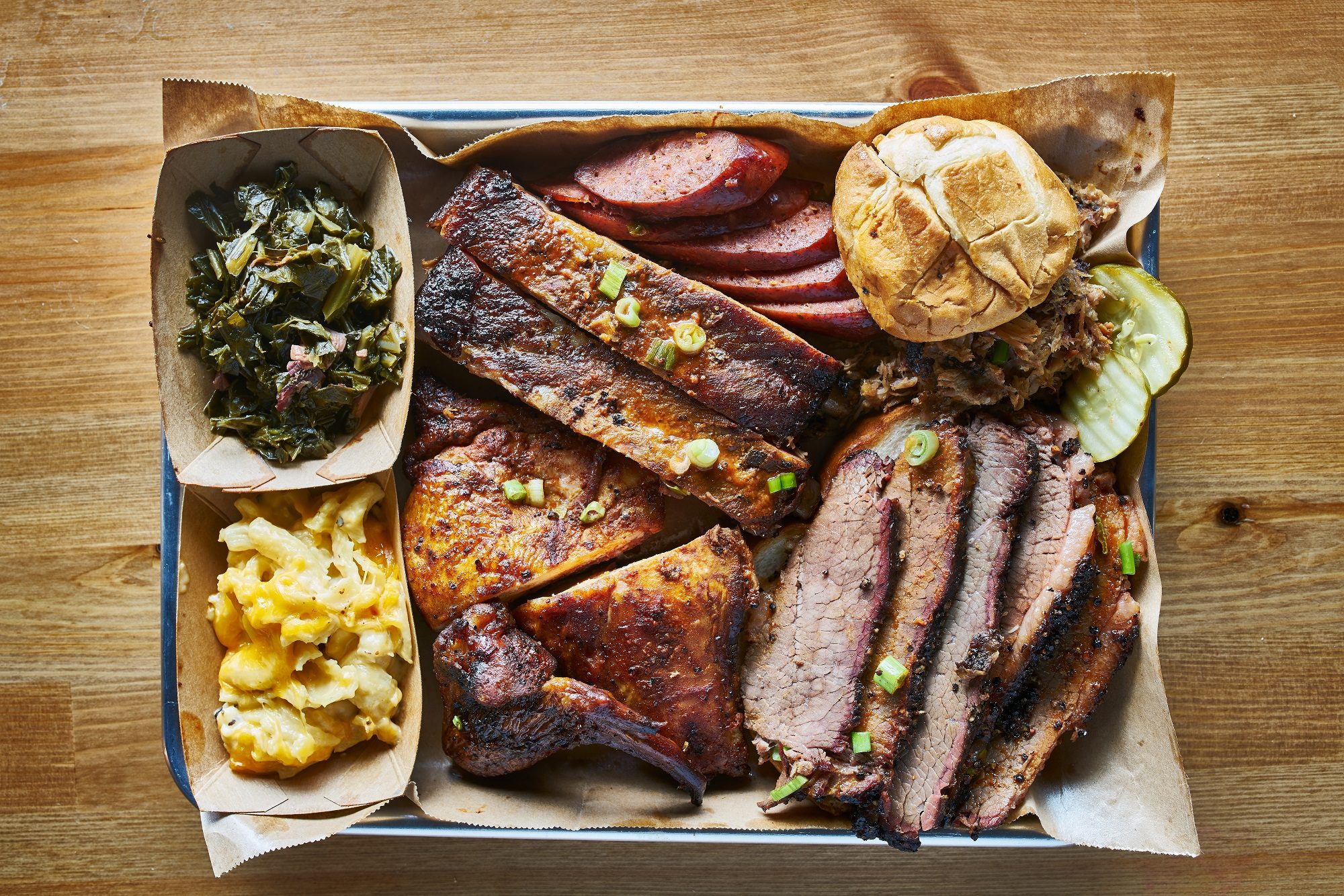 Yes, there’s brisket. Here’s the other parts you should know.

Texas barbecue has some obvious rules. Brisket is king. White bread on the side is a must. Sauce is forbidden. But are you sure all those are true? While it’s clear that barbecue from the Lone Star State is more about beef than pork, unlike styles to the east, “Texas-style barbecue” is really more of an archipelago of cooking traditions than a unified code of law.

In central Texas, the region that’s become most famous beyond state lines, brisket is indeed king, rubbed with salt and a lot of pepper and typically served sauce-free. But the edges of the state play by their own rules, informed by a wide range of immigrant inspirations and local tastes. For instance, at many barbecue joints, smoky pork sausage is the house specialty, and if you head down south, your brisket may come drenched in a sweet tomato glaze. So if you want to argue about which state makes the greatest smoked meat, remember: Food rarely obeys borders. For further reading, make sure to check out Franklin Barbecue (Ten Speed Press).

Also read: To Cook a Steak, First You Must Unlearn What You Have Learned