Get a free recipe
Subscribe
What Is Tahdig?
By: Max Falkowitz Photos: Michael Harlan Turkell 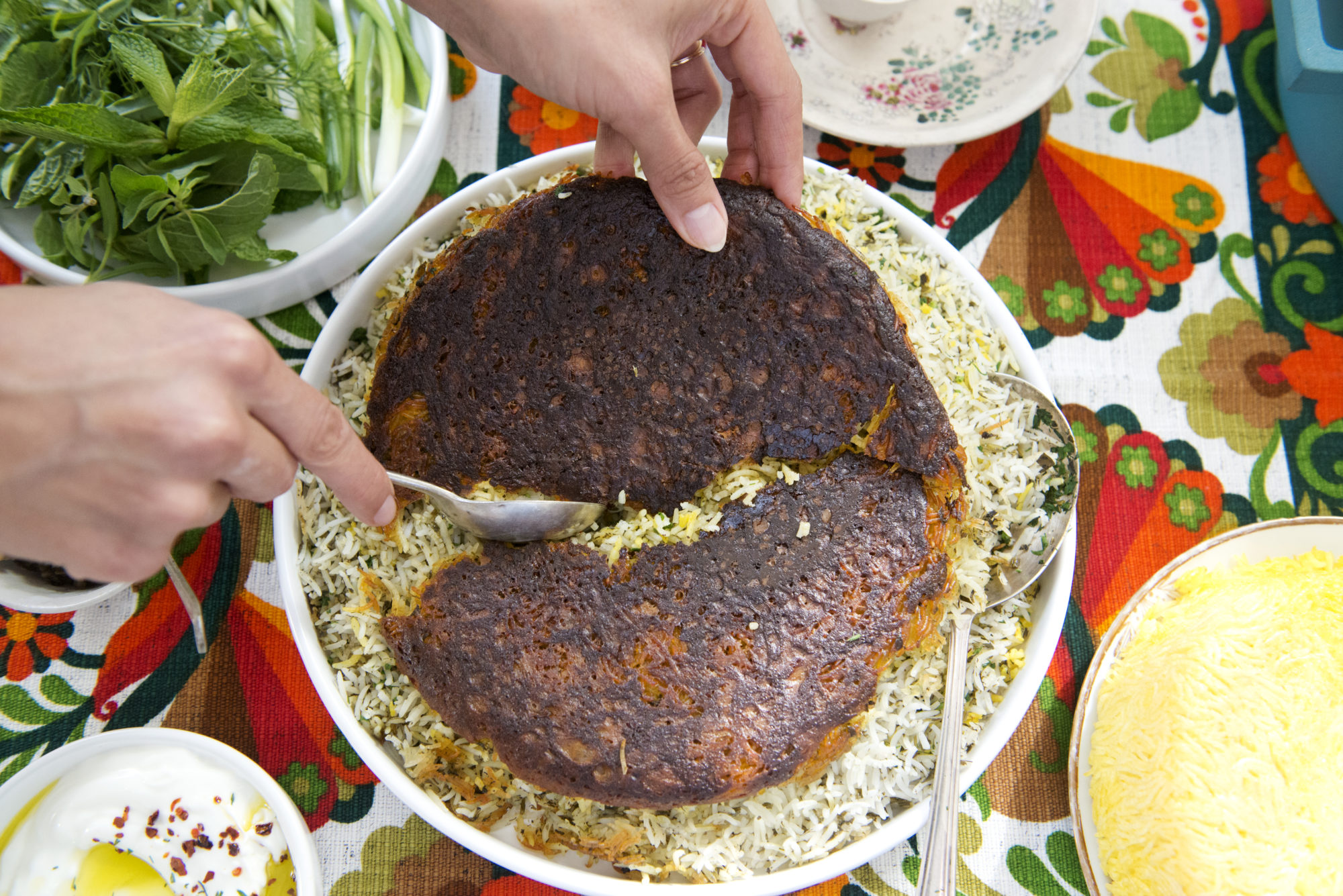 The perfect dish for everyone who loves their food extra crispy.

If you’re the kind of person who loves unexploded popcorn kernels, the burnt bits of french fries, and barbecue burnt ends, tahdig is your jam. The Farsi word for “bottom of the pot,” it refers to the golden crispy, crackly layer of rice on the bottom of your pan in a rice dish, formed by oil frying the rice grains while the rest of the pot steams away.

It’s a universally beloved part of any Persian feast and considered a critical marker for a cook’s skill in the kitchen. To make great tahdig, you need time to practice the intricacies of a given rice, a recipe, a cooking vessel, and a flame, but the basic idea is to use a high-smoke-point fat, like ghee or grapeseed oil, that won’t burn while the rice browns. You can also, as some Persian cooks do, layer the bottom of a pot with thinly sliced potatoes, or some raw rice mixed into a paste with fatty yogurt, to boost your likelihood of tahdig success.

Also read: The Triumph of Tahdig