Get a free recipe
Subscribe
What Is Sous Vide?
By: Max Falkowitz 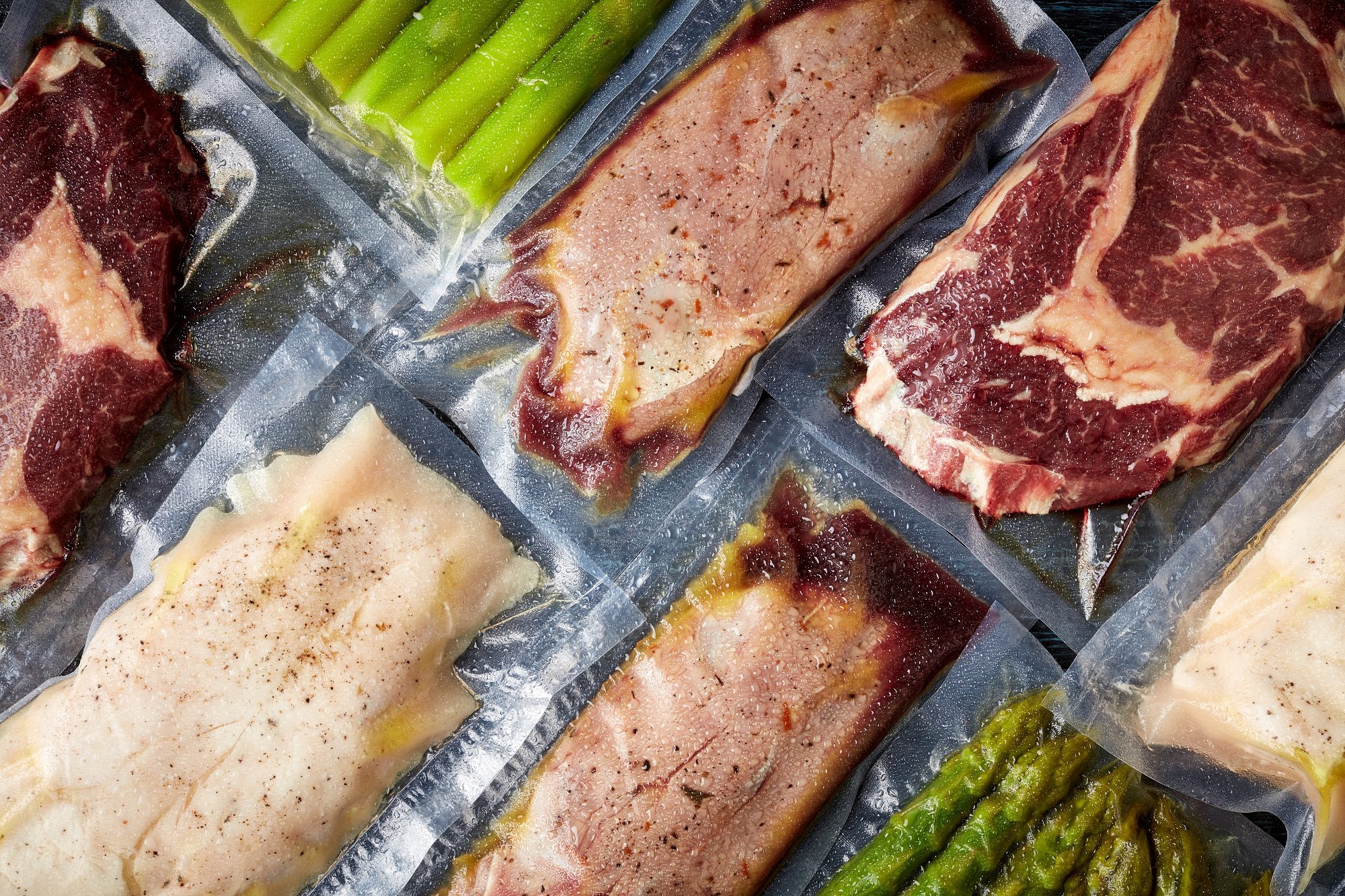 Cooking vacuum-sealed foods in a water bath is a lot easier than you think.

Sous vide is now mainstream. Your favorite restaurants probably do it. You can buy cookbooks devoted to it, including Sous Vide at Home by Lisa Q. Fetterman. And you can get your own sous vide machine for just a couple hundred dollars. The idea is simple but brilliant: Vacuum-seal meat, fish, or vegetables in plastic (sous vide translates from the French as “under vacuum”), then submerge the packet in water set to and maintained at a precise temperature. Leave the food in for a few hours—anywhere from 2 to 48, depending on the food and temperature—unseal, and voilà.

Steak, carrots, or cod that’s perfectly moist and flavorful, since the food never exceeds your target temperature and all the juices are contained inside. The sous vide technique was pioneered in fine cooking by chef Georges Pralus of Restaurant Troisgros in 1974, but it began decades earlier, with French and American food scientists looking to preserve simple foods like peas and corn. Their methods, known as pressure canning, apply a similar logic to different ends. And it took a French food scientist named Bruno Goussault to collaborate with Pralus to combine vacuum-sealing with low-temperature cooking and codify this modern marvel.