Get a free recipe
Subscribe
What Is Pour-Over Coffee?
By: Max Falkowitz 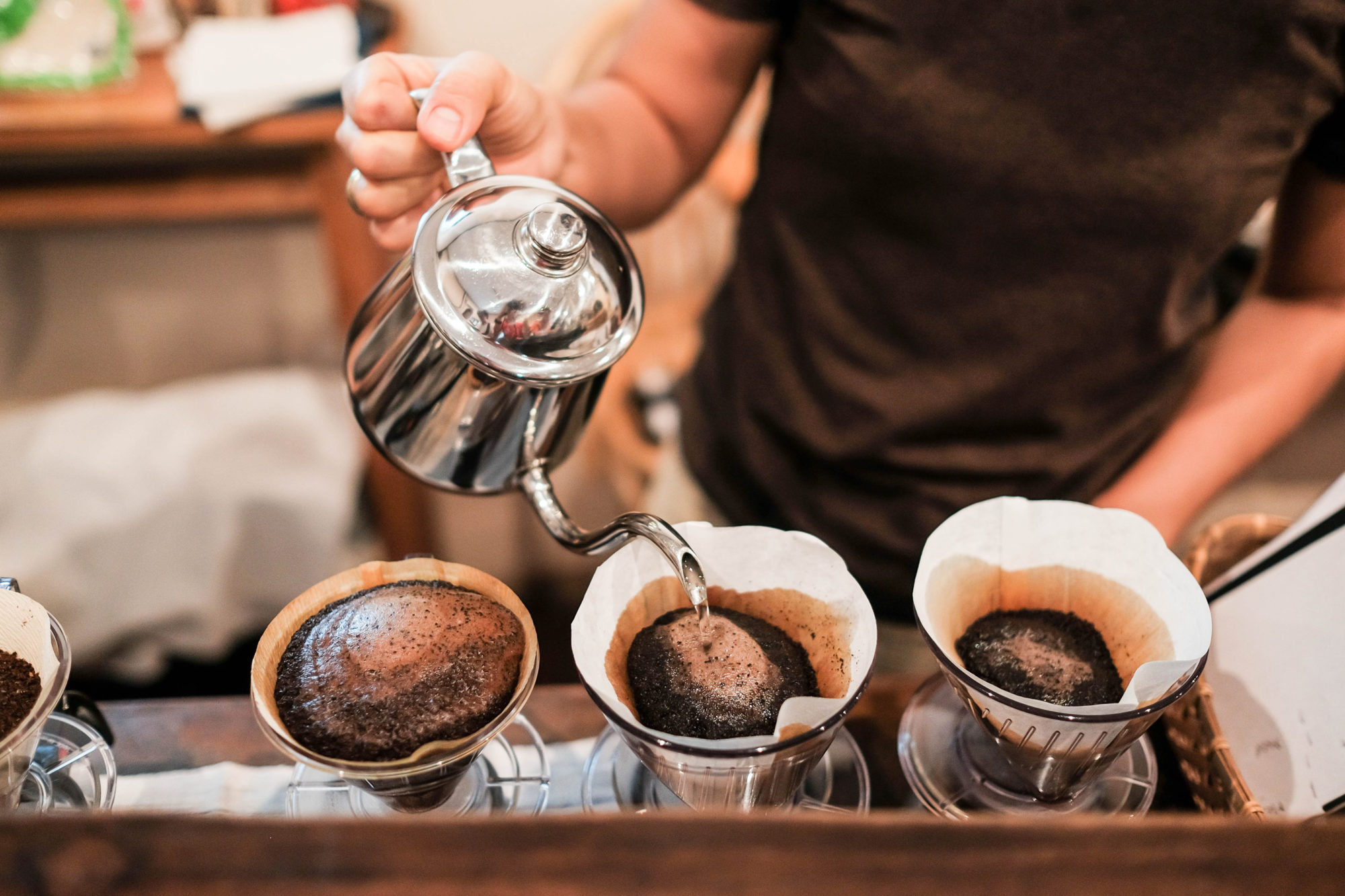 Why baristas are fussing over the slowest, least efficient way to make a cup of coffee.

Pour-over coffee is coffee at its most basic: just you, a cup, a filter, and a funnel, without any machines to get in the way. By pouring a slow, steady stream of hot water over coffee grounds, you can extract a full-flavored but delicate cup of coffee with more nuance and subtlety than you’d get with a drip machine or French press. At least in theory.

Over the past couple of years, many of the coffee world’s most respected cafés have been leaving their pour-over stations behind in favor of programmable machines that can brew multiple cups of coffee at once. The reason? Humans make mistakes; machines don’t. While a great barista can turn a simple pour-over process into a beautiful cup, most people simply aren’t that skilled, and even if they are, the results will likely vary from cup to cup. A machine that’s set to brew the same way every time will do just that, and far more efficiently. Consider it the great coffee equalizer. Whether you prefer that or not is up to you.