Get a free recipe
Subscribe
What Is Mortadella Exactly?
By: Max Falkowitz 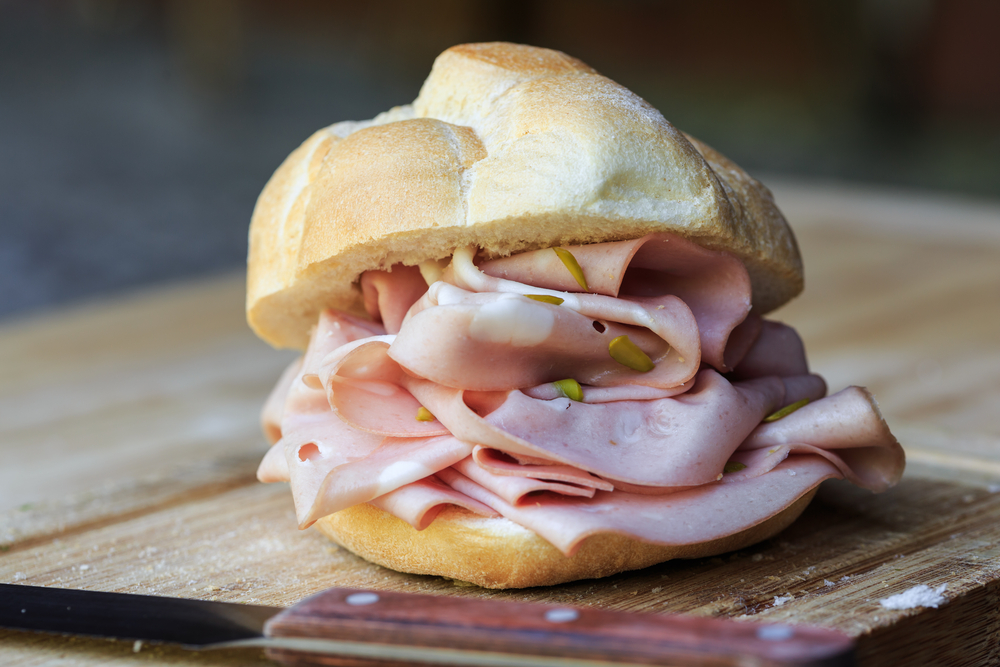 Is the fancy Italian deli meat worth the hype, or is it all just baloney?

Once an obscure element of Italian charcuterie mistaken for American tubes of Oscar Meyer, mortadella is now enjoying the spotlight. High-end chefs are shaving it into ribbons, frying it in fat chunks, and whipping it into dips and pasta fillings. So what is mortadella exactly? The Italian progenitor of baloney. The sausage does indeed hail from Bologna, and archeological records suggest its origins stretch back to Roman times.

First, pork meat is ground and whipped into a smooth paste with salt, herbs, and spices. Then come whole pistachios and chunks of neck fat, which is firm and resistant to melting, after which the sausage is bagged in an edible casing and cooked. The salt in the sausage maintains high moisture while prolonging the shelf life, and though the chunks of neck fat don’t melt during the cooking, they slowly dissolve in your mouth. The most impressive part of mortadella may be its size. American baloney may be shaped to fit on a slice of bread, but proper mortadella is wider and heftier than a newborn.