Get a free recipe
Subscribe
What Is Labne?
By: Max Falkowitz 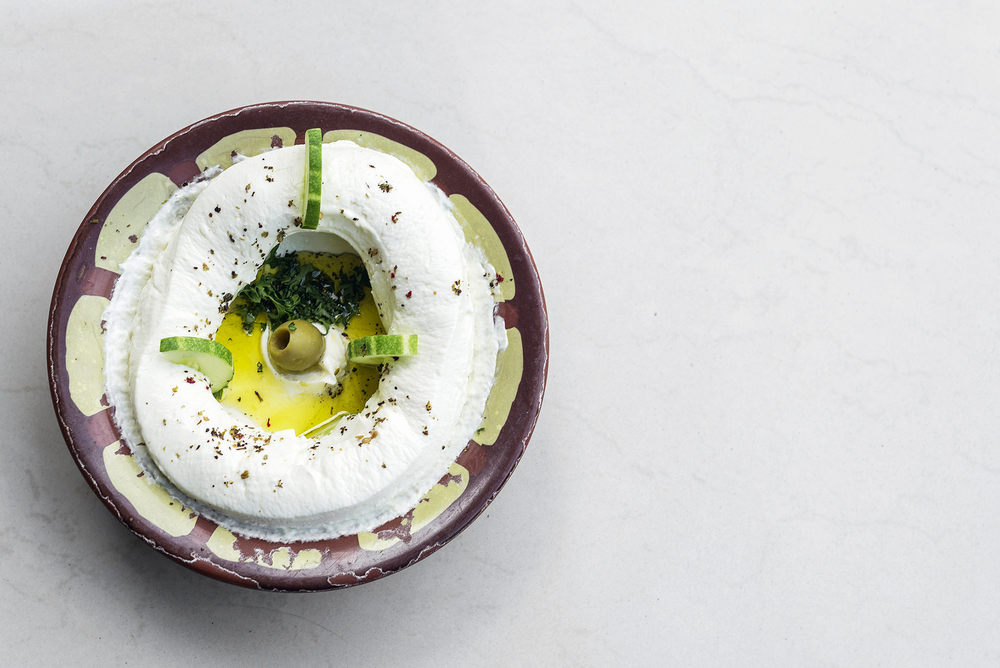 Is it yogurt, cheese, or both?

Labne is a Levantine fermented dairy product that’s tangy like yogurt, spreads like cream cheese, and is often called both. But the term “yogurt cheese” is both inaccurate and unhelpful, not to mention off-putting for something so dense and delicious. To get technical about it, labne is not a cheese, as the curd is never chemically separated from the whey; it’s salted cow’s milk yogurt, strained in a cheesecloth until enough liquid has drained away that the remaining mass is thick to the point of cream cheese. Labne is thicker than most Greek yogurts, and can be more or less tangy based on the recipe. It can even be salted cured in olive oil, at which point it develops a firmness that you might describe as…cheesy. But don’t call it cheese.