Get a free recipe
Subscribe
What Is Jackfruit?
By: Max Falkowitz 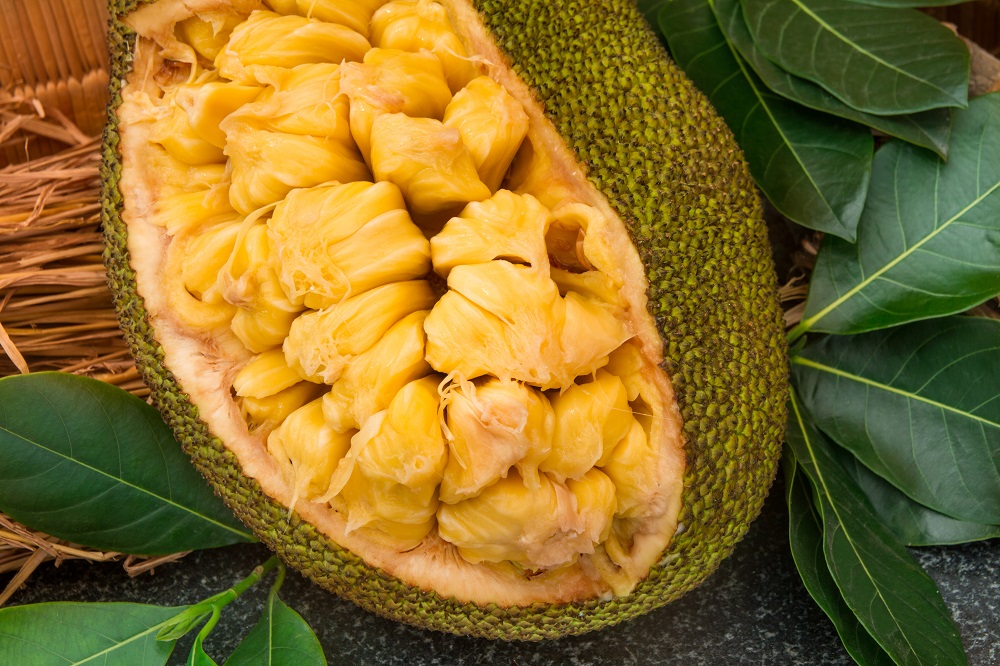 Why this spiky tropical pod creature is a new “it” ingredient.

While they’re on the tree, jackfruits resemble spiky extraterrestrial koalas. The fruits hug the sides of the tree until they grow as heavy as a small child, and once you hack them up, their segmented interiors dotted with dozens of seeds and fleshy nodes are fit for any B-movie alien autopsy scene. But in South and Southeast Asia, where most of the world’s jackfruit is grown and consumed, jackfruit is a delicacy along the lines of hulking durian and pomelos.

When fully ripe, jackfruit flesh becomes deliciously custardy with flavors of persimmon, banana, and pineapple, a warm-weather treat akin to munching on watermelon. Some food cultures, notably those in Thailand and Indonesia, also revere jackfruit in its unripe form. When picked green, jackfruit flesh is more rigid than custardy, almost meaty in texture and mild in flavor. If you toss it with a salad dressing or savory sauce, the unripe fruit takes on the taste and texture of something like meat, which has made it popular in recent years among Western eaters looking for plant-based alternatives to animal protein. The fruit may not mimic any animal muscle you’ve eaten, but who’s to say what spiky space koalas taste like?