Get a free recipe
Subscribe
What Is Fudge?
By: Max Falkowitz 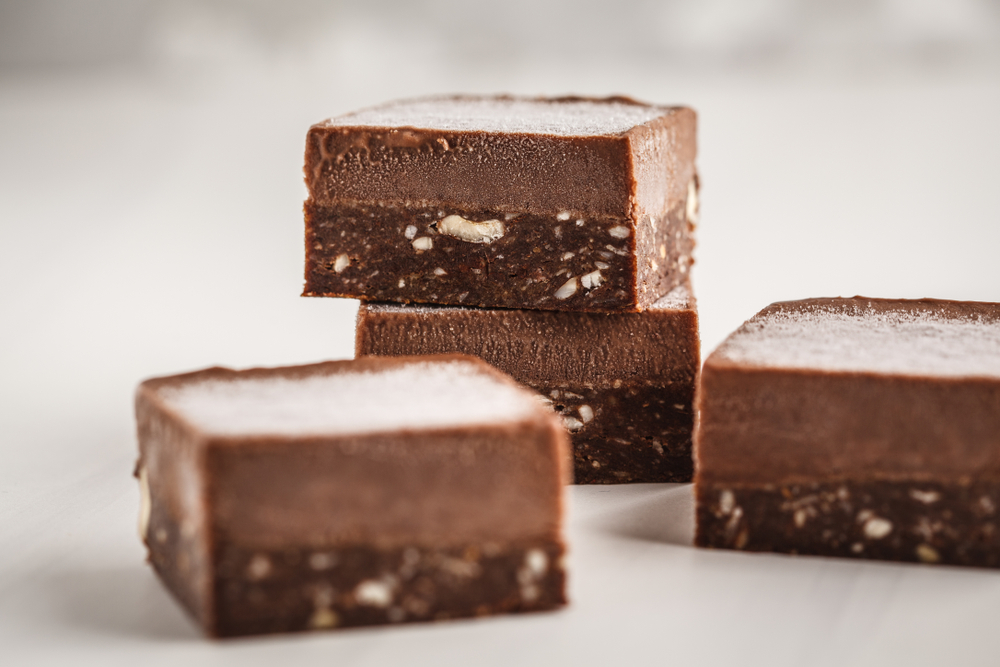 And why it’s closer to marshmallows than anything chocolate.

Fudge is so old-school, so unapologetically unfashionable, that it’s rarely even discussed outside the activities of antiquing in New England or coming home to the Midwest for Christmas. So it’s not surprising that a lot of us don’t actually know what fudge is. Despite its chocolaty connotations, fudge is really more closely related to marshmallows. But where marshmallows get their supple texture from gelatin or egg whites, tender, creamy fudge relies on fat and milk proteins in the form of butter and milk.

Both marshmallows and fudge are whipped candies, made by boiling sugar syrup until all the water evaporates, continuing to cook the syrup above 212 degrees Fahrenheit to a specific stage, and then removing it from the heat and whipping it with a whisk as it cools. Fudge cooks to what’s called the “soft ball” stage, between 234 and 241 degrees. Whipping the syrup encourages the formation of sugar crystals, which give the candy its structure, but by shaking the candy around and folding in air, the crystals stay nice and small, giving the candy a creamy (rather than chunky) feel.

While chocolate is the most common addition to classic fudge, you can really add anything you want, so long as you start with that base of sugar and high-fat dairy—and beat the thing until your arm feels like it’s about to fall off.