Get a free recipe
Subscribe
What Is Frito Pie?
By: Max Falkowitz 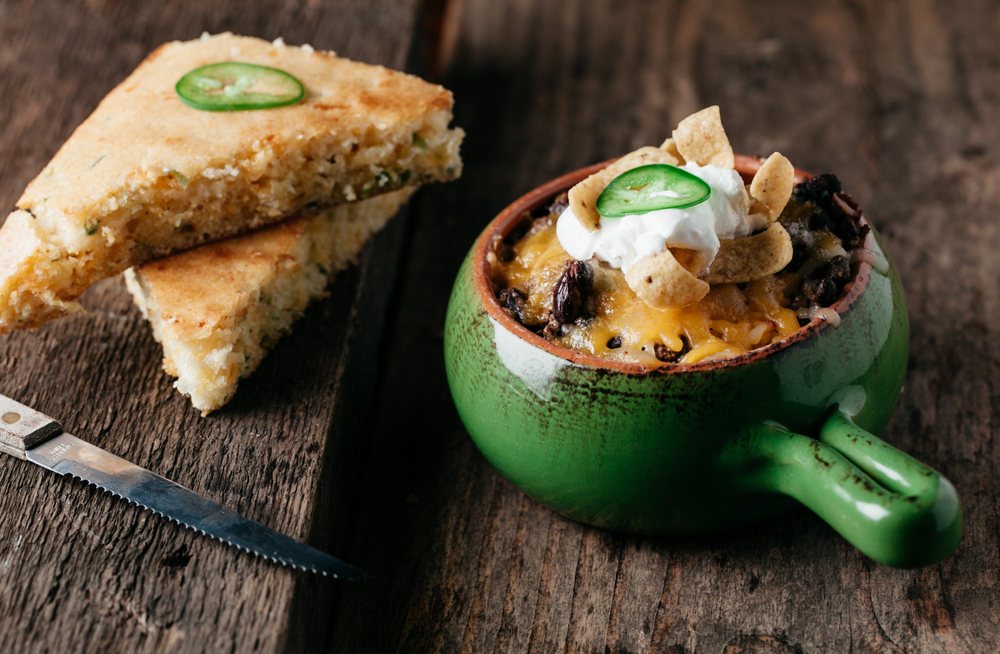 How a corn chip casserole became an essential piece of Americana.

Depending on what you grew up with, Frito pie means one of two distinct foods. For some, it’s a casserole made with chili or taco meat, beans, cheese, and chile peppers, then topped with a crunchy layer of corn chips. For others, particularly people from New Mexico, the name refers to a bag of corn chips filled with those ingredients as toppings, like a portable single-serve bag of nachos. To make things more complicated, you can find that dish in the Midwest as well, where it’s more commonly called a Frito boat or a walking taco.

Regardless of what you call it, the dish likely dates back to the 1940s and ’50s, when recipes for various chili-and-corn-chip concoctions started appearing in newspapers around the Southwest and Midwest. Several people have laid claim to the idea over the years, and by 1955, the Frito Corporation got in on the action itself, publishing its own recipes for Frito pie. We may never know who first came up with the idea, but in parts of the country where hot dish comes topped with everything from tater tots to cornflakes, a crunchy corn chip crust just makes good sense.