Get a free recipe
Subscribe
What Is Cincinnati Chili?
By: Max Falkowitz Photos: Kate Hopkins 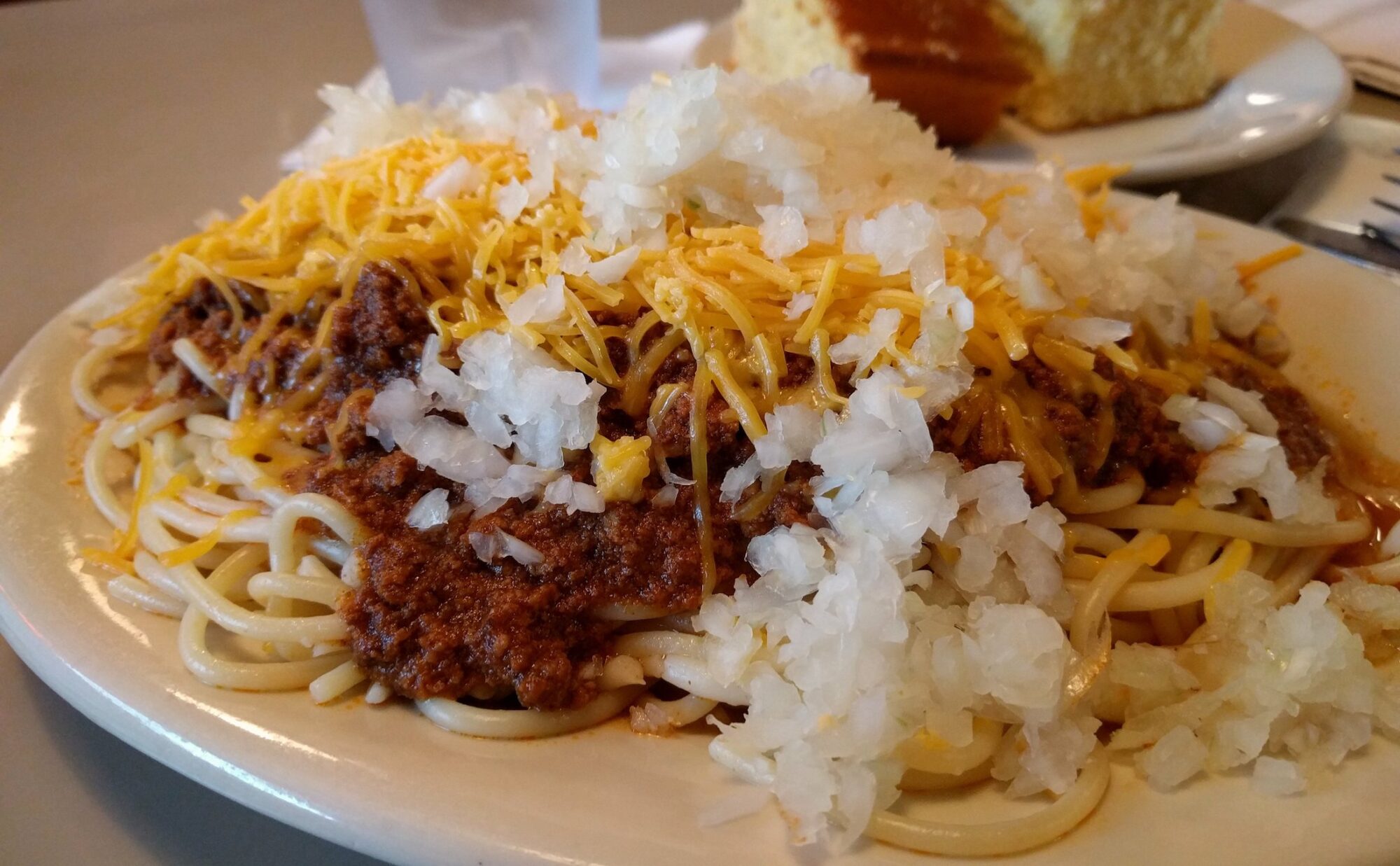 How a Greek meat sauce became an Ohio specialty.

Unlike most God-fearing forms of chili, Cincinnati chili doesn’t get eaten with a spoon from a bowl. It’s more of a soupy meat sauce, most commonly adorning a pile of spaghetti under a blanket of cheddar; toppings of raw onions, beans, and hot sauce optional but recommended. The dish’s invention in Ohio coincided with the arrival of Macedonian and Slavic immigrants fleeing ethnic violence in their home of Greece, who turned to food as a way to earn a living.

Adding sweet spices like cinnamon, clove, and nutmeg to meat sauce is a classic Greek approach; the resulting sauce would be tossed with pasta or baked into casseroles like pastitsio. Hoping to rebrand their family’s cuisine under an American guise, Macedonian brothers Tom and John Kiradjieff opened a stand in 1922 to serve this meat sauce on top of hot dogs. Pasta followed soon after in a dish the brothers called “chili spaghetti.” It didn’t take other immigrant cooks long to pick up on the idea and try out their own versions of Mediterranean “chili,” and before long the dish became a Cincinnati institution.

Also read: There’s Only One Day to Eat Chili: The Next Day