Get a free recipe
Subscribe
What Is Brown Butter?
By: Max Falkowitz 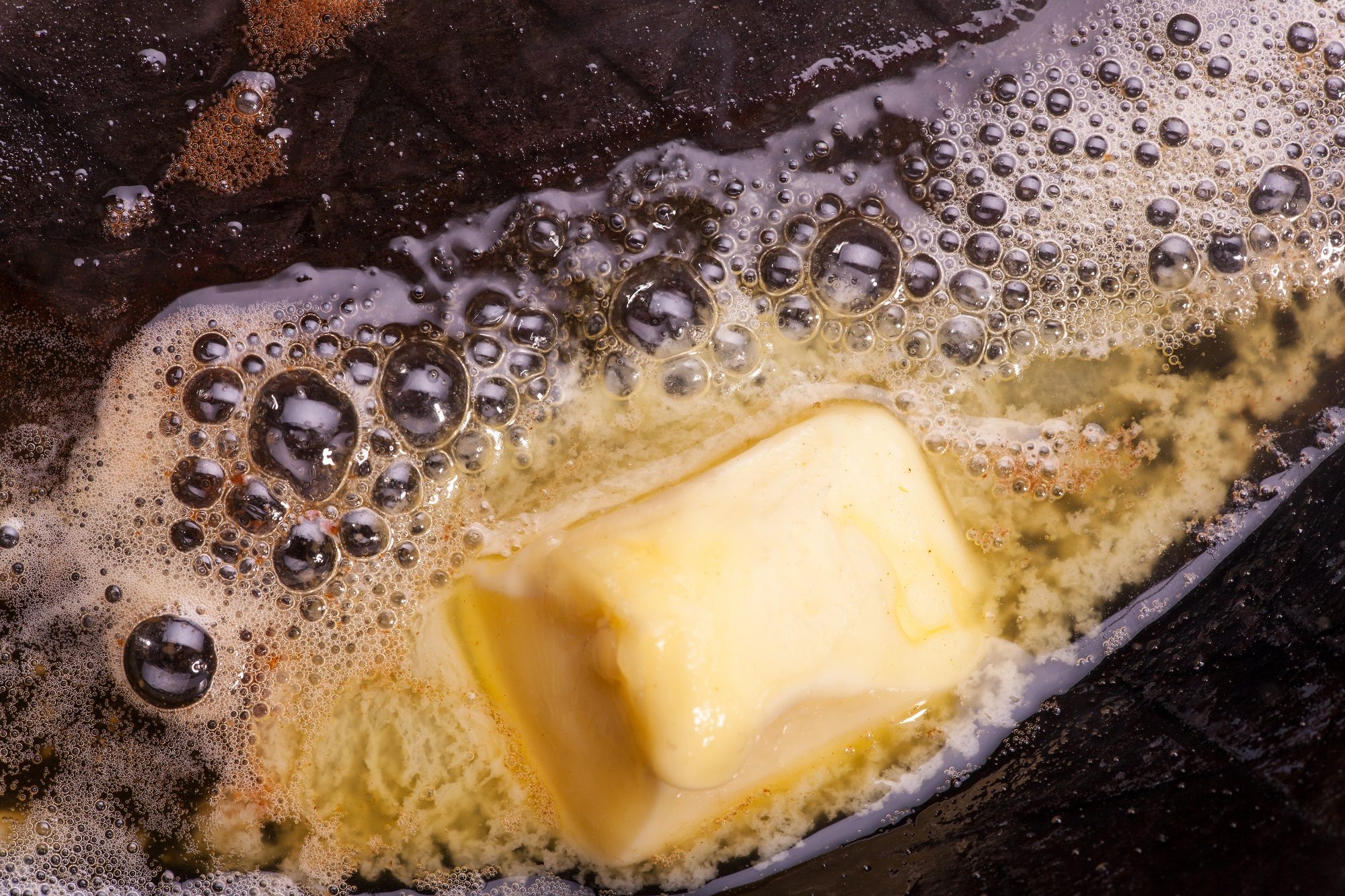 Whether you’re pan-searing fish or baking a pan of cornbread, you might have come across the vague-sounding term “brown butter.” What it lacks in descriptive panache it makes up in depth of flavor: butter cooked over heat until its 20 percent water weight evaporates, allowing the fat’s temperature to rise high enough to toast its milk proteins into a brown, nutty-smelling oil. In its purest form, brown butter tastes like toffee, a little sweet and savory with a heady caramel aroma. Chemically, brown butter tastes so good for the same reason a seared steak does: a process called the Maillard reaction that describes the breakdown of animal proteins into hundreds of flavor compounds.

Culinarily, brown butter is a common base for sauces—just toss in a few sage leaves, and once they sizzle, drape over roasted sweet potatoes. Or you can cool the brown butter and use it in baking projects like cookies and cake. Just be sure to keep the heat moderate so you don’t scorch the butter while cooking it. Brown butter is great. Burnt black butter, not so much.