Get a free recipe
Subscribe
What Is Aguachile?
By: Max Falkowitz Photo: Michael Harlan Turkell 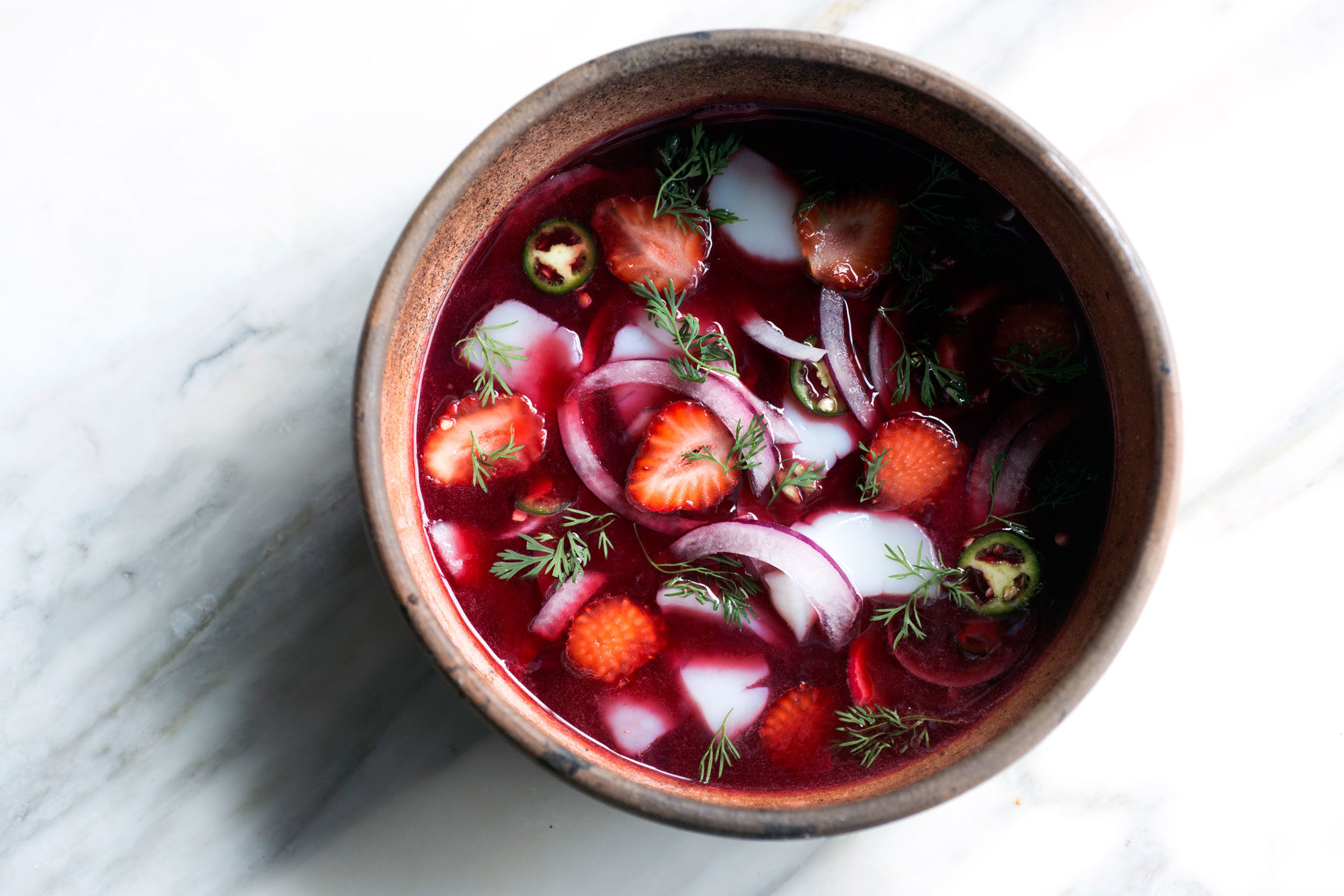 How this Mexican “chile water” lives up to its name.

Ceviche in Mexico doesn’t mean what you might think. Unlike in Peru, where ceviche refers to raw seafood cured in citrus juice and tossed with vegetables, Mexican ceviches involve gently cooked seafood like shrimp and octopus and use far less acid. If you’re after raw cured fish in Mexico, head to Sinaloa or another of the country’s coastal northwestern states and get yourself some aguachile.

Literally translated as “chile water,” aguachile is usually made with raw shrimp but could be made with white-fleshed fish, and it’s cured in a gentle acid bath like Peruvian ceviche. But the acidity is toned back in favor of commanding green-chile heat, and salted vegetables like cucumbers and onions contribute a potent yet watery broth of sorts for the shrimp to bathe in. Watery isn’t usually synonymous with strong flavor, but in the case of aguachile, this water packs a punch.