Get a free recipe
Subscribe
What Is a Vampiro Taco?
By: Max Falkowitz Photos: Dylan + Jeni 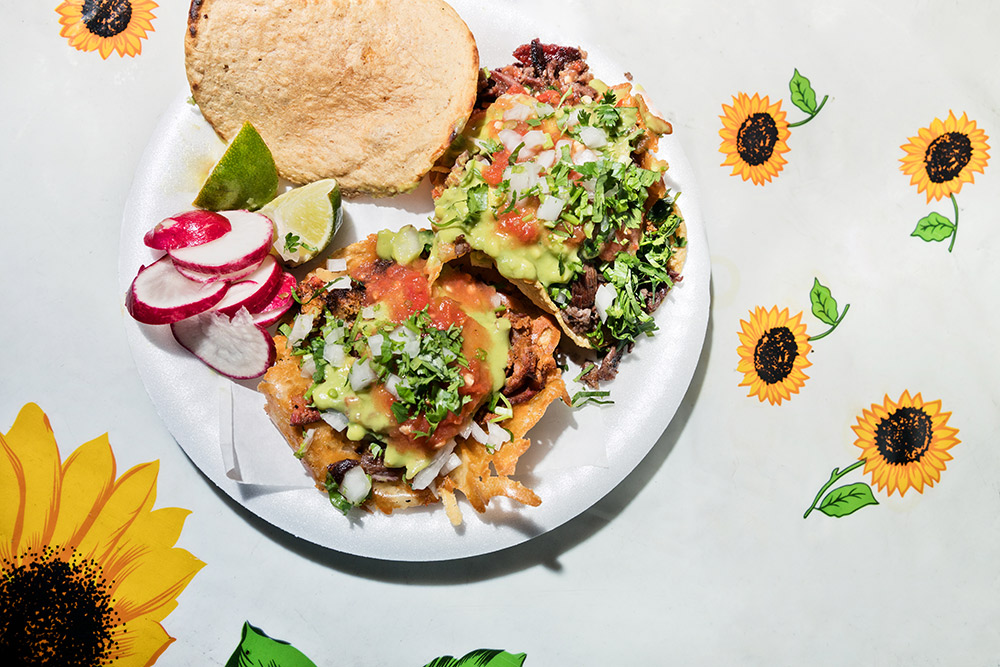 Imagine the three-way lovechild of a taco, a tostada, and a quesadilla.

Tacos, tostadas, and quesadillas are all part of one crowded, complicated family of Mexican foods: antojitos. In reality, most antojitos never make it beyond Mexico’s borders, including a funky street snack in Sinaloa called a vampiro. Imagine a corn-tortilla taco that’s cooked on a grill until it turns crackly and crunchy. Then add a layer of gooey melted jack cheese between the tortilla and the other toppings.

This is the vampiro, a food that TASTE correspondent Dylan James Ho describes as “exemplify[ing] and celebrat[ing] the deft skill set and ingenuity of a taquero.” The name is the Spanish word for “vampire,” and there’s a few theories about how it became associated with the snack. Some argue that the tortilla’s concave form on the grill resembles a bat’s wing. Others say a vampiro eats away your hunger the way a vampire would suck out so much blood. We dig that explanation.

Also read: Interview With the Vampiro