Get a free recipe
Subscribe
What Is a Slab Pie?
By: Max Falkowitz 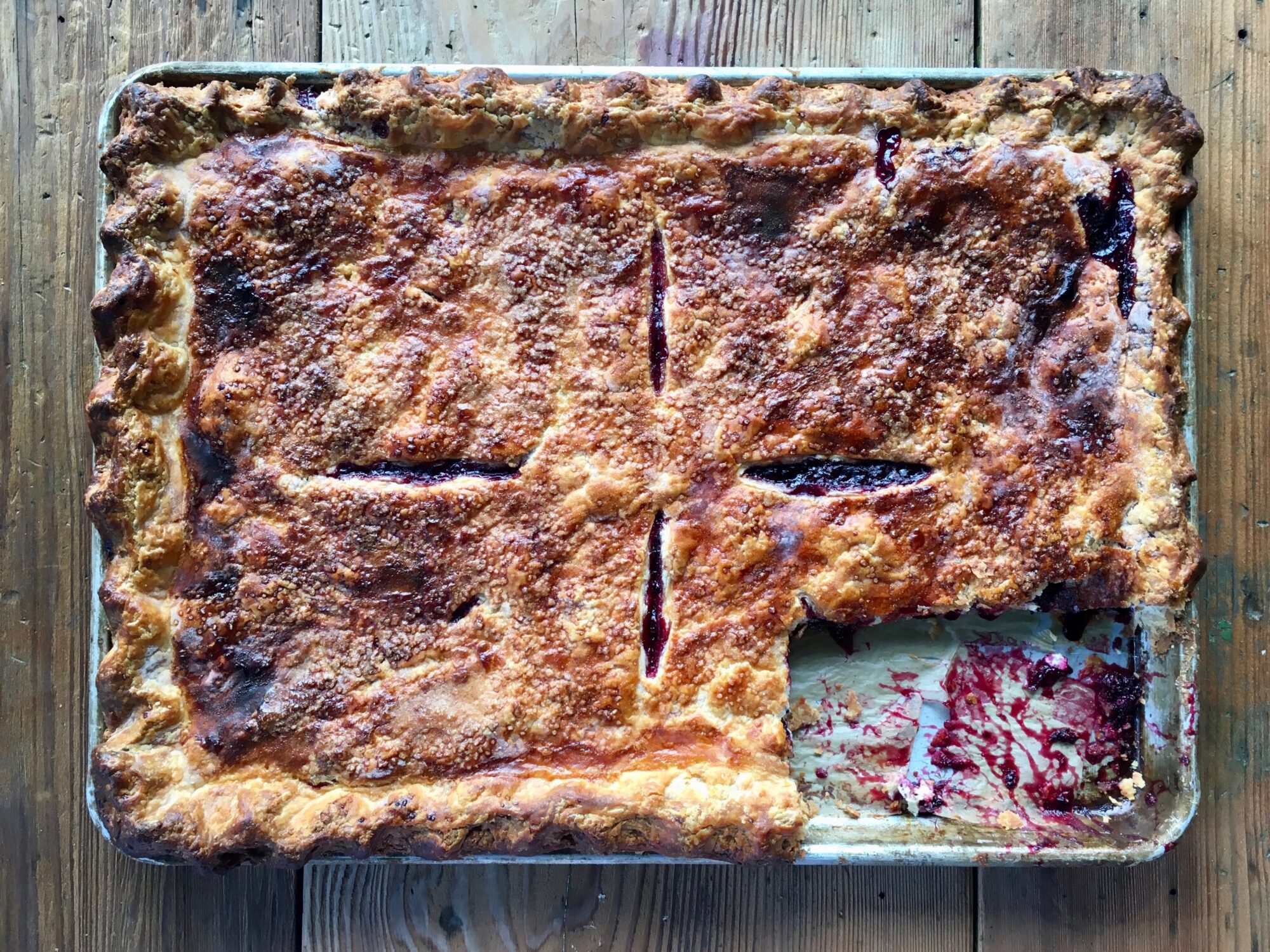 Pie: a joy to eat, a mess to serve. If you’ve managed to cut a picture-perfect first slice out of a fruit pie without bits of broken crust or dribbled filling, well, congrats, your award is coming in the mail. For the rest of us, there is slab pie, which is pie baked in a sheet pan. Flatter and wider than a standard roundie, slab pies bake and cool fast, and since they’re square are easier to serve in equal portions.

TASTE contributor Jessie Sheehan dates their use back to at least the 1970s, but they’re likely even older; slabs are a summer staple in parts of the South and Midwest for their crowd-serving and -pleasing potential. As Sheehan points out, a slab pie requires twice the filling of a round nine-incher, but yields three times the servings.