Get a free recipe
Subscribe
What is a Reverse Sear?
By: Max Falkowitz 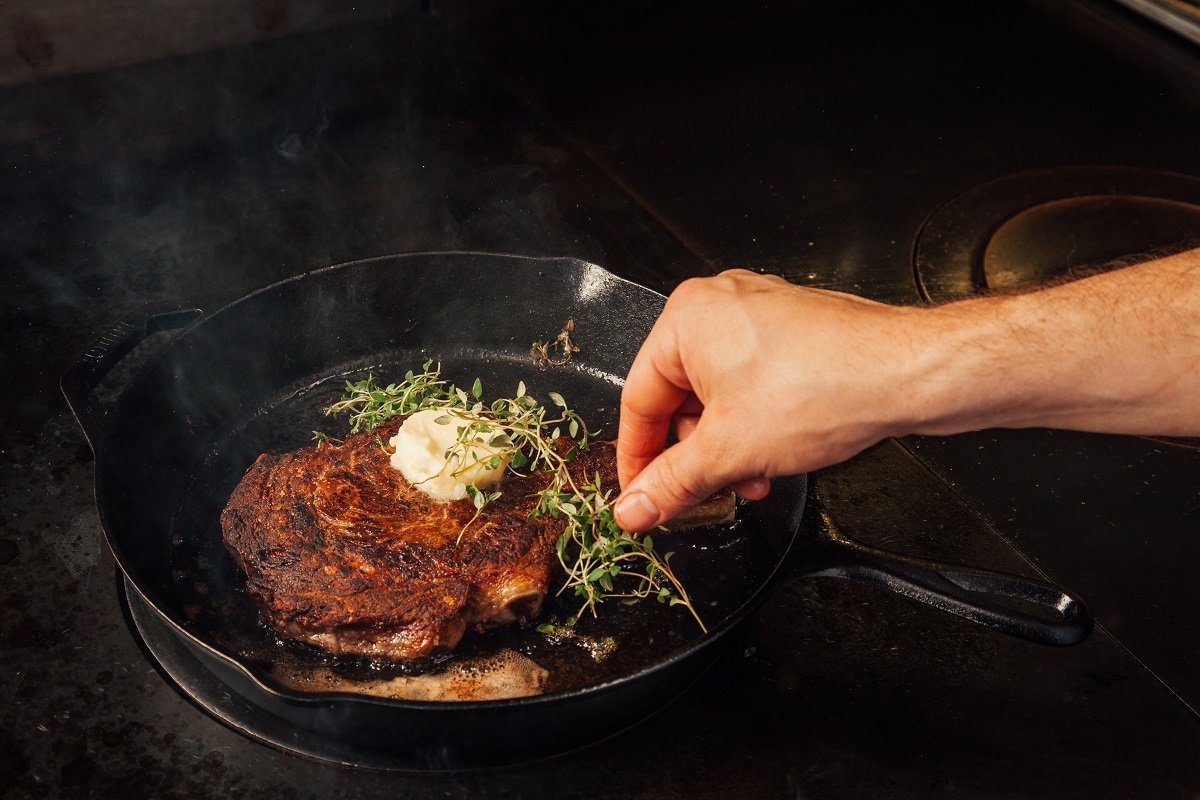 Behind the internet’s favorite way to cook a steak.

If you’ve spent much time in the food-nerdy corners of the internet over the last decade, you’ve probably seen passing mention of “reverse-searing,” probably in conjunction with the term “sous vide” and almost definitely written with an air of revenge-of-the-nerds superiority. But the idea itself is a simple one, and a brilliant solution to a common problem with cooking meat: overcooking the interior as a result of starting the food at high heat to form a seared crust.

Reverse searing, a technique popularized by Food Lab mastermind J. Kenji Lopez-Alt, flips the normal meat-cooking process on its head. Instead of starting, say, a steak over high heat to sear it, then reducing the heat to cook it through, start by cooking the steak low and slow until the interior is about 90% done. Only then do you crank up the heat to briefly sear the crust. Since the meat is already mostly cooked, the crust forms much faster, which leads to less overcooked muscle on the inside.

It also makes the often-stressful act of cooking steaks much more breezy; just pop a pan of them in an oven and cook ‘em slowly, then sear them off a few minutes before you plan to eat. No guessing doneness, less well done steak, everyone wins.