Get a free recipe
Subscribe
What are McRibs Made Of?
By: Max Falkowitz 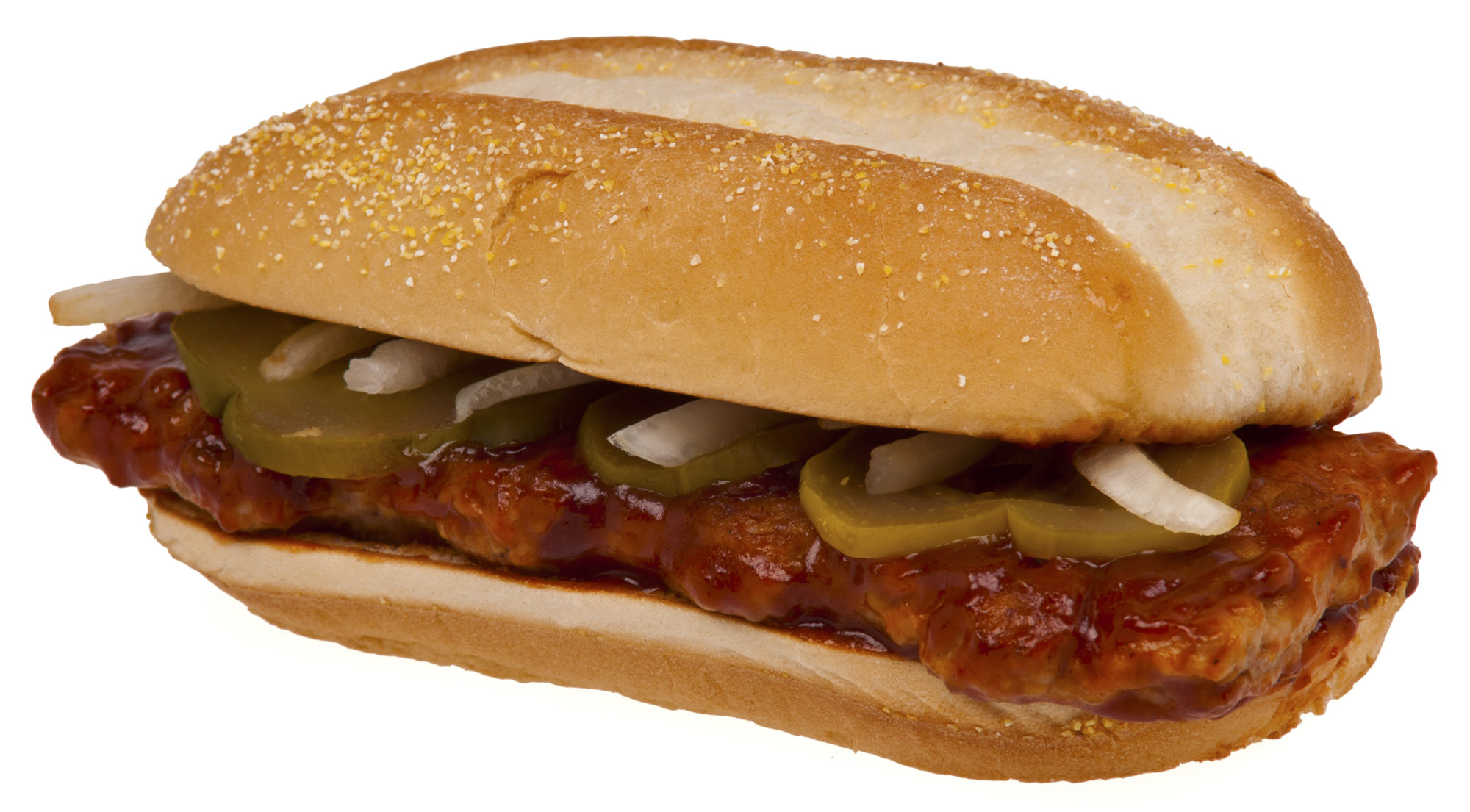 Ribs? No. That story you heard about inverted pig behinds? Also no.

The McRib sandwich is our fast food nation’s finest exercise in artificial scarcity. Tomatoes and strawberries may be available year-round, but the McRib’s sudden appearance at McDonald’s predictably leads to a bum-rush on a beloved seasonal sandwich. But what is the McRib?

Despite its molded-and-stamped rib-resembling appearance, the McRib contains no bones, nor is it cut from bony parts of the pig. Speculation runs rampant on the web, including one urban legend that pops up every few years, stemming from a photo showing boxes of “boneless inverted pig rectums, product of USA” allegedly delivered outside a McDonald’s. (The photo dates back about decade and is actually a McDonald’s-free shot from the streets of Taipei, where bung is cooked into all kinds of friendly frugal meals.)

The truth is less sensational. According to McDonald’s, McRibs are primarily made of ground boneless pork shoulder emulsified with water, spices, dextrose sugar, and preservatives to refine its flavor and texture. The meat’s smoky flavor comes from liquid smoke, a benign distillate of smoky vapor, rather than anything approaching low-and-slow barbecue, but for a sandwich that costs a couple bucks and appears as if by random to brighten our day, we’ll take it.