Get a free recipe
Subscribe
What Are Hawaiian Rolls?
By: Max Falkowitz 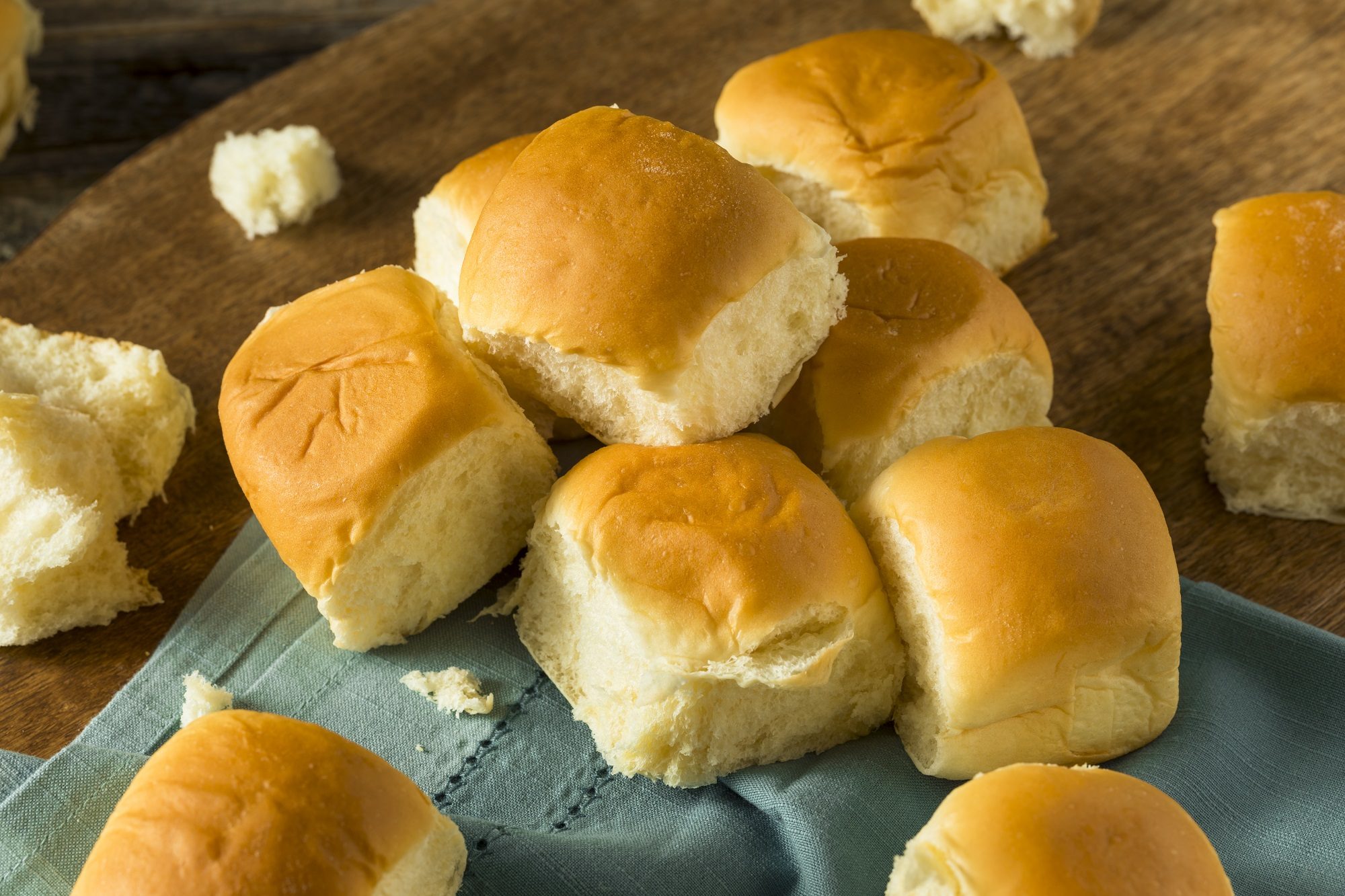 These sweet, fluffy dinner rolls share a common ancestry with some far-flung breads.

It isn’t all poke and plate lunch. If you want to understand Hawaiian regional cuisine, you have to understand Hawaiian rolls, a recent though now iconic part of the islands’ edible canon. At their core, they’re sweet, fluffy dinner rolls, like the love child of a chiffon cake and a Martin’s potato roll. And they’re an all-but-ubiquitous supermarket staple these days, not just in Hawaii but across the continental US.

The tradition began with Robert Taira, the Hawaiian-born son of Japanese immigrant parents who opened a bakery in the city of Hilo in the late 1950s. So beloved were Taira’s fresh-from-the-oven rolls that he quickly expanded to a larger facility in Honolulu in 1963. The rest of the state followed, then California with the King’s Hawaiian bakery empire’s first mainland colony. Sweet enough to sandwich a scoop of ice cream but mellow enough to go with dinner, Taira’s rolls were quickly imitated by other brands eager to edge in on this carby comfort. But the general concept of sweet fluffy dinner rolls dates back to long before the 1950s.

In the Philippines, a similar, albeit less sweet roll is called pan de sal. And both breads share an origin in Portuguese baking, which is full of fluffy rolls and breads like pao doce, a lightly sweetened bun with an egg wash glaze and egg yolks for richness and color. It’s a Hawaiian roll by any other name—because breads don’t know borders.