Get a free recipe
Subscribe
What Are Bihari Kebabs?
By: Max Falkowitz 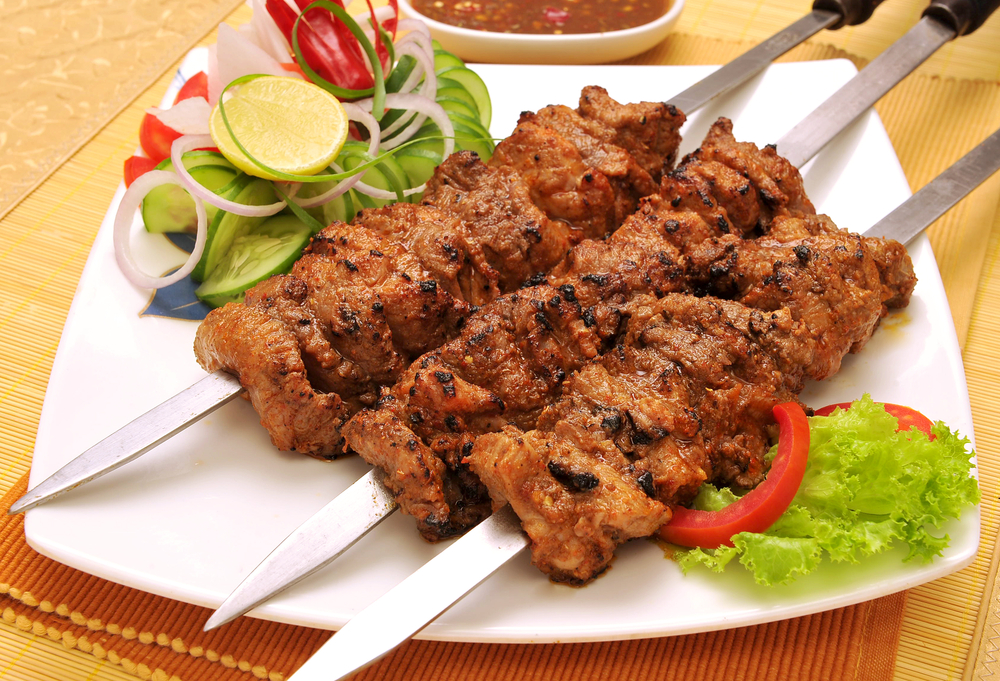 Papayas may be native to Central and South America, but one of their best applications happens halfway across the world in Pakistan and parts of North India. Bihari kebabs are chunks of grilled meat with a velvet-soft bite, thanks to the inclusion of raw papaya paste in a potent spiced marinade.

Papayas are rich in an enzyme called papain that breaks down collagen in meat; this natural tenderizer is so effective it essential pre-digests the meat, rendering the outer bits nearly mushy—in a totally delicious way. The technique began as a way to make the most of inedibly tough cuts of meat from free range cows and sheep; now it’s a favorite snack in the streets of Karachi and Kolkata, and well worth trying at Pakistani kebab houses across the U.S.