Get a free recipe
Subscribe
What Is Washed-Rind Cheese?
By: Max Falkowitz 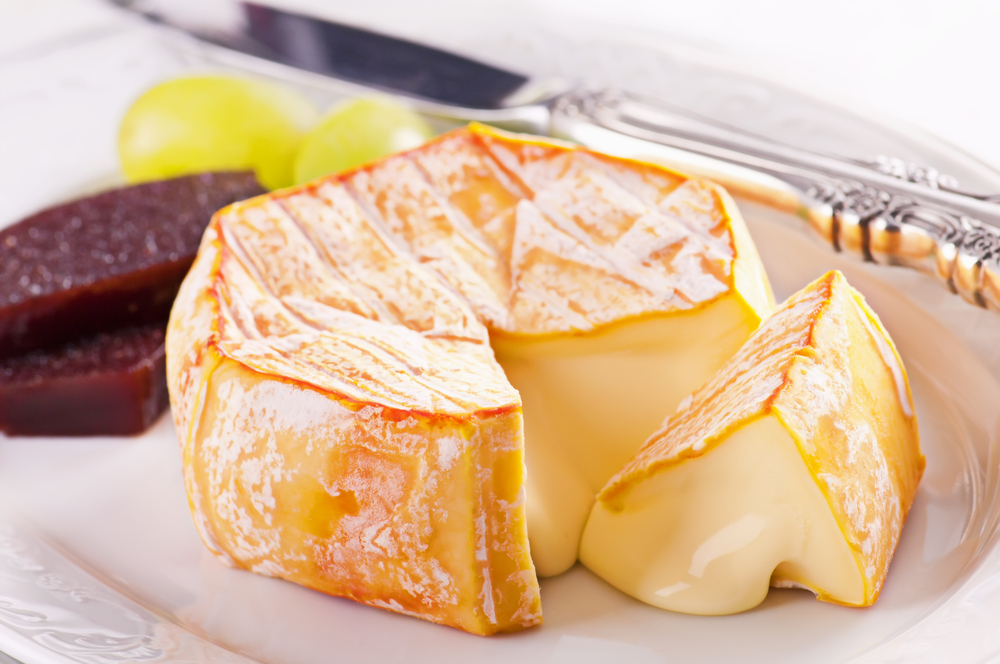 How the dairy world’s most seductive curds get their stink.

Washed-rind cheese—think gloriously stinky Epoisses, Limberger, and Taleggio—looks like something went wrong during the cheesemaking process. The wheels are covered in a thick layer of fuzzy, waxy mold that, were you to find it in your jar of jam or pasta sauce, you’d throw the whole thing out right away. The gooey interiors border on slime, or milk left in the fridge too long, and breaking open a wheel releases aromas of stinky feet and a literal pig sty.

But that’s what makes these high-fat, ultra-savory cheeses so good. Washed-rind cheeses get their name from the salt rind brushed on the wheels’ surface as they mature, which inhibits the growth of most bacteria that’d lead to actual rotting while encouraging cultures of specific bacteria that break down compounds in the curd to produce meaty, yeasty, and banyardy flavors.

Despite the scary texture and color, that rind is usually edible, and it’s especially potent, just like the bits of dry aged meat close to the bone on a steak. If the stink is still too strong for you, start with a drier cheese from the washed-rind family: Swiss Gruyère. Since it’s aged for months before selling, it’s firm and grate-able, not slimy, and the stink factor is muted by warm, nutty flavors. You’ll work your way up to the gooey stuff in no time.