Get a free recipe
Subscribe
Vinegar Is the Perfect Pet
By: Anna Hezel Photos: Peter Larson 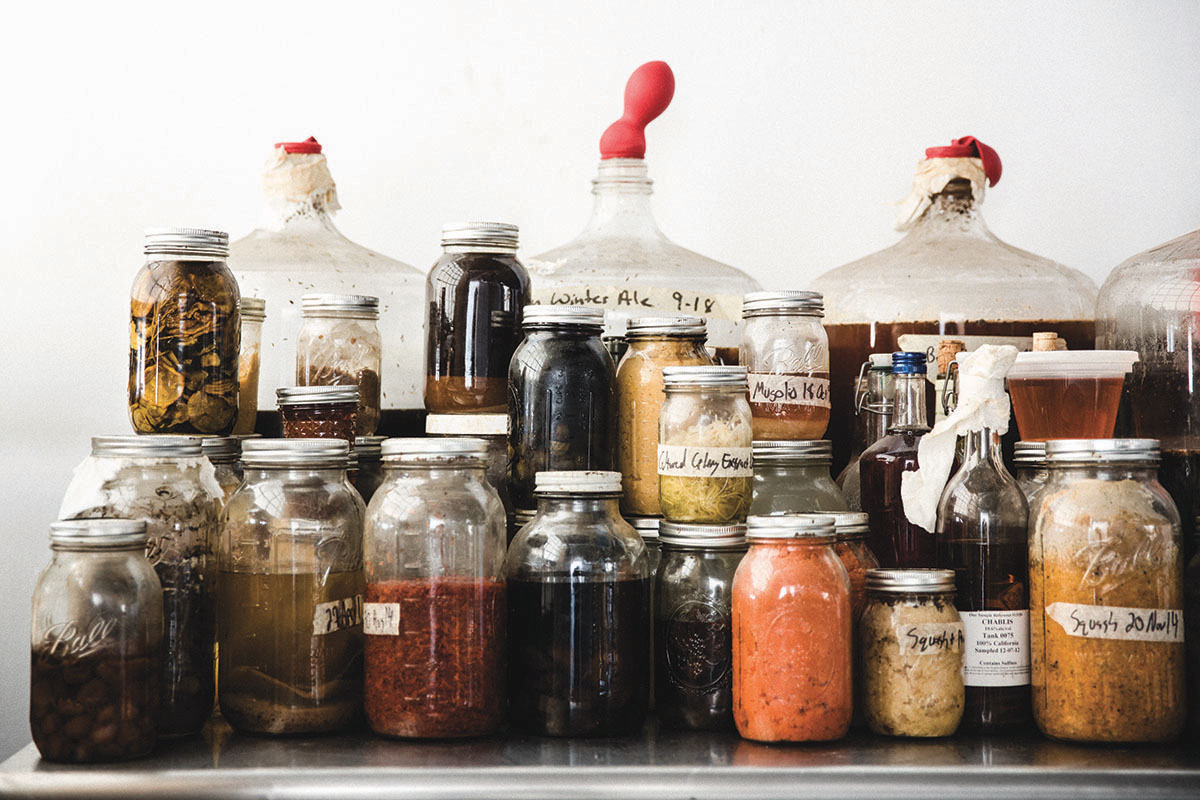 Making vinegar is the ideal low-stakes home fermentation for lazy home cooks to experiment with. Is that you?

Here’s what happened the one time I tried to make beer: I emphatically bought all the equipment, sterilized it scrupulously by hand, followed the first few steps, and then placed the six-gallon glass carboy of mush in a closet, where I promptly forgot about it until I had to move out of that apartment. Here’s what happened the time I tried to make my own sourdough starter: I read voraciously about the process, measured out flour meticulously, and then left the gurgling sludge in a corner of the refrigerator until my roommates complained. It goes without saying that I don’t have any pets and all of my plants are dead.

I thought I had come to terms with the fact that I would never be a person who ferments, until I picked up a copy of House of Vinegar, a new acid-centric cookbook by Cleveland chef Jonathon Sawyer. Everything I thought I knew about making vinegar (special equipment, imported oak casks for aging, acquiring a swamp-monster-looking “mother” to kick-start bacterial growth) was thrown out the window. It turned out all I needed was a little beer or wine, a clean jar, and some cheesecloth to let microbes in but keep bugs out. With a half-drunk bottle of Syrah left over from a recent dinner party, the stakes were exceedingly low.

When I’m cooking, I find that a teaspoon of vinegar is often the missing link in a too-salty soup or overly spicy sauce. And as Sawyer explains, it works as a local, shelf-stable alternative to the citrus you might use to punch up a cocktail or finish a fruity dessert. In dishes that you might be inclined to finish with a squeeze of lemon, often a tiny bit of a fruity vinegar works just as well. “Vinegar—maybe because of its room-temperature-ness, or because of how a mother [the vinegar’s slimy microbial by-product] can look over years—it’s more intimidating. But there’s little that can go wrong,” Sawyer reassures me over the phone. Even if you don’t have pH strips on hand to trace the fermentation’s progress, it’s completely safe to check in on the wine’s progress by tasting. As it ferments, any pathogens that make their way into the liquid will be killed either by the alcohol or by the acidity of the vinegar once the alcohol has transformed. You can keep on aging your vinegar as long as you’d like, whether it’s a couple weeks or a few months, and the flavor will keep developing as the liquid pulls in yeast and bacteria from the air.

Once you’ve graduated from these most basic forms of vinegar-making, you can turn almost anything into vinegar. One recipe in House of Vinegar creates a fermentable, low-alcohol (the ideal ABV for vinegar is between 3 and 15 percent) mixture using scotch, prosciutto, and water. One recipe starts out with cream soda and vanilla schnapps and transforms that sugar and alcohol into a vanilla-scented vinegar that’s great on ice cream.

Aside from wine vinegars—red, white, sherry, or champagne—Sawyer says that beer is a great starting point for someone who’s never made vinegar before, particularly a beer that’s low in hops (since all that bitterness will remain in the final product) but high in sugar and alcohol (which will ferment quickly), like a Belgian dubbel or a malty stout. Even with a minimal amount of effort, essentially cracking open a bottle of ale, covering the top with cheesecloth, and waiting around, you’ll end up with your own unique vinegar.

Two vinegars made with the same method, and even using the same original beer, can taste wildly different depending on the flora and fauna of their environment, explains Sawyer. “So just the fact that you’re making it yourself makes it individual and singular and bespoke just for you.”

After a couple weeks sitting on the countertop in a jar, my leftover wine stopped smelling like leftover wine and started smelling faintly but familiarly like the vinegar I buy in small $8 bottles to sprinkle into skillets of caramelized onions or blend into shallot-y vinaigrettes. Finally, my outstanding ability to abandon and ignore was beginning to pay off.

Turning beer into vinegar is an ancient tradition, but we can thank the British for popularizing it. While most of Europe was focused on making wine and wine vinegars, the British were brewing beer and making beer vinegars. You’re probably familiar with these types of vinegars by their more common name: malt vinegar. You know, the one that you sprinkle on fish and chips. Once I owned my own restaurant, Greenhouse Tavern, which held hundreds of feet of draft lines, it was only natural to begin mass-producing premium craft-beer vinegars. This recipe cemented my sour legacy.

When you begin making this vinegar, you’ll want to keep in mind something important. After you mix everything together and as time goes on, you’ll notice a layer of what looks like gelatin growing on the surface. This is the mother of vinegar. Without it, the alcohol won’t be converted into vinegar.

Make sure to use a beer for this that is 6 to 12 percent alcohol by volume (ABV). And don’t use one that is too hoppy, or your vinegar will be bitter.

Every year, we host a “Metal as Fuck” dinner at the Greenhouse Tavern. As you can guess, everything we serve at the meal—from the burgers to the dessert—has a certain darkness to it, all of it inspired by the coolest evil crap we can think of. For example, take the backstory behind this vinegar-based cake. In the 1200s, an Italian dark-arts practitioner named Dracosia advised a powerful Genoan family during a war. When he failed to help them, he was prosecuted for practicing black magic and stripped of his name. The new name he and his descendants received was “Boccanegra,” which means “black mouth.”

Apologies for the following corniness, but when we first whipped up the dinner’s chocolaty, boozy cake, I totally fell under its spell. And that’s not even the best part about the cake; every single bite an attendee takes leaves his or her mouth pitch-black. I knew this cake was the perfect dessert for the “Metal as Fuck” dinner. It’s a proper tribute to the (admittedly incompetent) darkness-loving weirdo. Now that’s freakin’ metal.

“I wish I had the flu right now,” said nobody ever. But whether you’re suffering from a bug or not, this hot cocktail recipe will have you feeling warm and boozy—which are never bad states to be in (especially if you’re under the weather). In the shrub, Greenhouse Tavern bartending wizard Brannen Morris uses honey and apples for sweetness and allspice berries and cinnamon for complexity, and the acidity of the cider vinegar rounds out this warm cocktail. The good news is you can make this drink without the booze, so enjoy, even if you have to drive home. 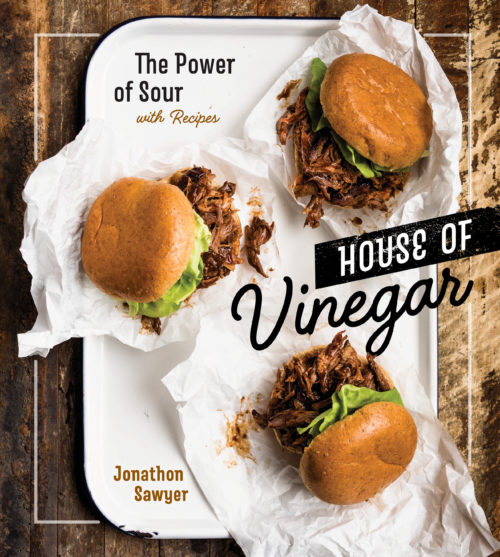